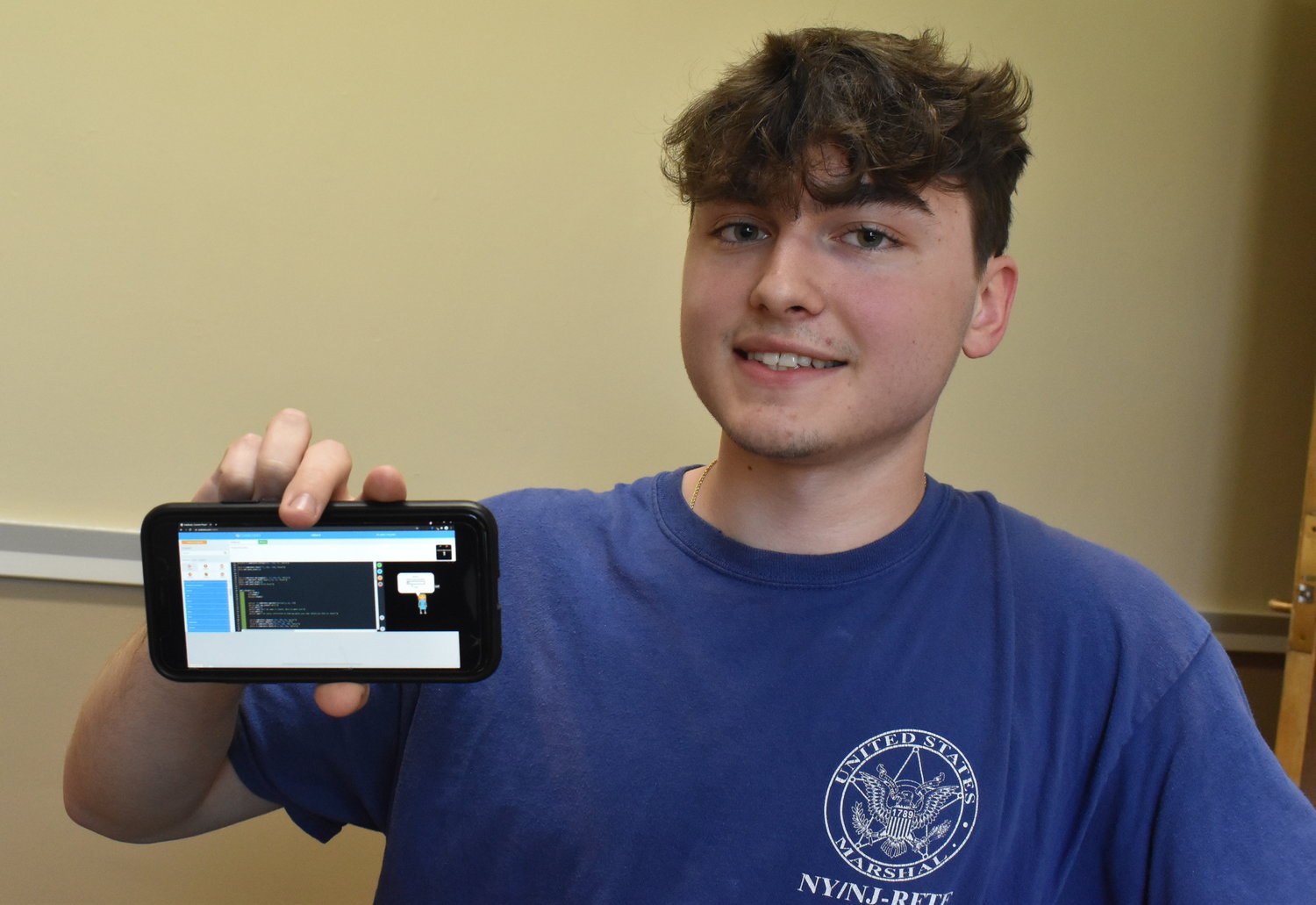 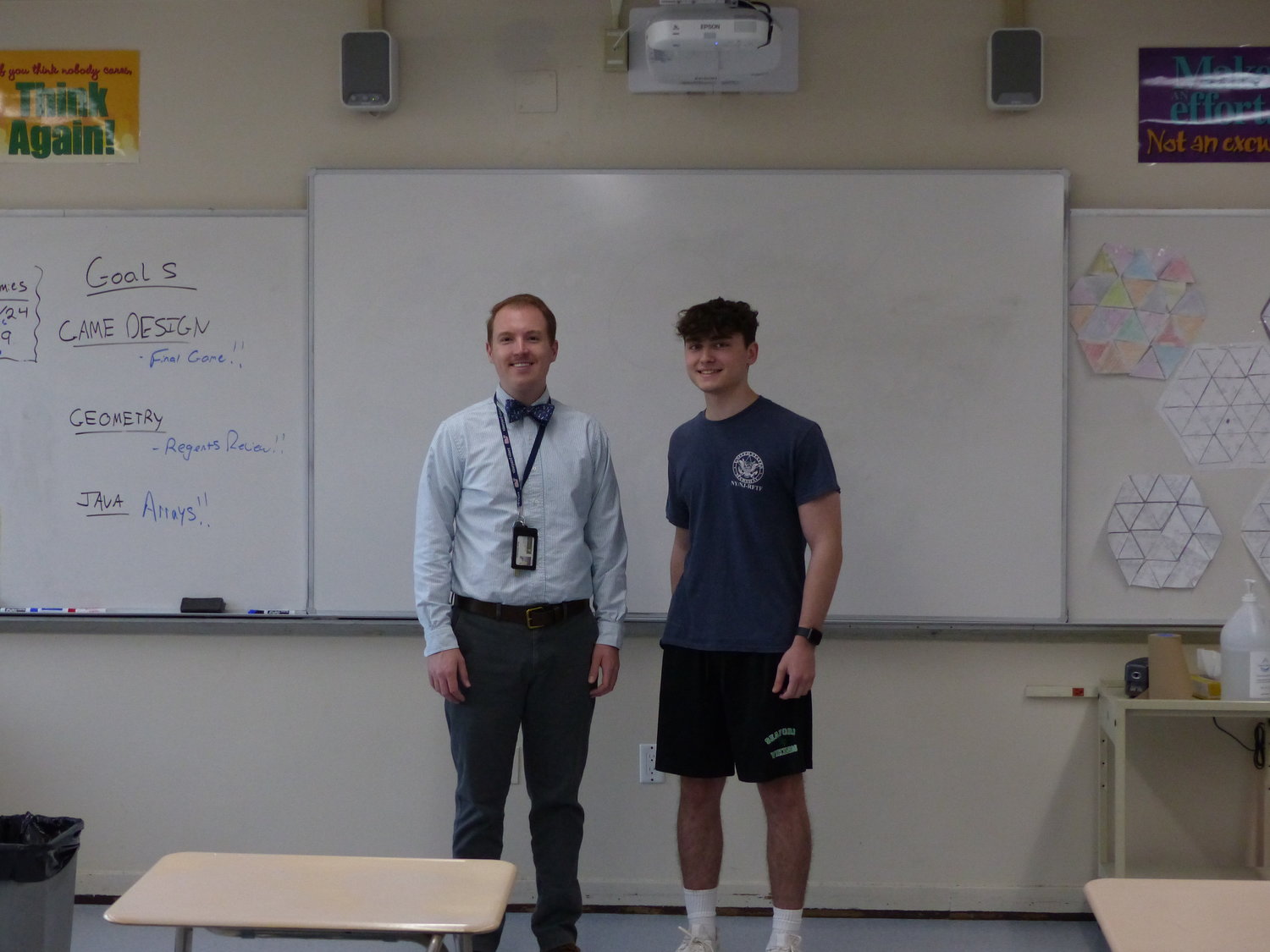 Seaford High School junior James Toscano won’t need an app to describe how he’s feeling after recently winning a prestigious contest sponsored by none other than the United States Congress.

Toscano was the winner of the Congressional App Challenge for New York’s 2nd Congressional District, which encompasses southeastern Nassau County and southwestern Suffolk, and includes Seaford.

Toscano created the app DailyBuddy, which encourages users to share their day-to-day feelings and emotions. According to Toscano, users should write down exactly how they feel on a particular day and how the day went overall. DailyBuddy takes the place of talking to someone about their feelings — especially if they don’t want to talk at all. It also offers motivational tips.

Since 2016, Congress has sanctioned a district-by-district app challenge that encourages students interested in computer science to create and code their own apps. More than 14,000 students in 48 states took part in the challenge. Some of the notable congressional representatives who got involved are former 2020 Democratic presidential candidates Tim Ryan and Seth Moulton, as well as Ed Royce, Mimi Walters and Hakeem Jeffries. The program’s current co-chairs are Jennifer Wexton  and Young Kim.

In 2021, the contest yielded 2,101 functioning apps created by students across all the Congressional districts involved.

Toscano found out about this challenge while researching computer science-based scholarships. When he saw that the 2nd District participates in the challenge, he researched previous winners to see what they had done and found inspiration for DailyBuddy.

Since it was not a school project, Ryan Stephens, Toscano’s math teacher at Seaford High School who also teaches computer science, did not find out about Toscano’s participation until after he had won the award.

“I used what I learned from Mr. Stephens’ class to code it,” Toscano said. When Toscano got the call from Congressman Andrew Garbarino, who represents the second district, he initially thought it was a spam call from Washington D.C., only to pick up the phone and discover he was the district-wide winner.

“James is an intrinsically motivated student,” Stephens said. “I found out about him winning the challenge from the district website and immediately wished him congratulations. James has high-level programming skills and, in my class, always goes above and beyond what is expected of students.”

Stephens also called DailyBuddy “a creative, unique, and supporting app that is sensitive to our times.” Toscano said that the teenage mental health crisis brought on by the pandemic helped inspire him to code this app.

“Python is perfect for an introductory class,” Stephens said. “It’s accessible, the syntax is a bit more basic, and it’s just overall not intimidating.”

Toscano’s success may have spurred a resurgence of interest in computer science at Seaford High School, which was hurt by the pandemic.

“I think it’s an exciting thing to show students that there are opportunities open to you if you decide to pursue computer science,” Stephens said. “I think James spearheaded that here in Seaford, showing that there are awards and opportunities available in this growing field.”

The Seaford High School Computer Science Club has also grown this year in comparison to last year, and Toscano’s award may have contributed to that as well. According to Stephens, the club used to partake in an annual contest at St. Joseph’s College in Patchogue, which was canceled due to the pandemic. The Congressional App Challenge could grow to replace that, thanks to Toscano, he said.

While Toscano is not yet certain about what college he will be attending, he wants to pursue computer science, and is looking at the programs at Binghamton University.