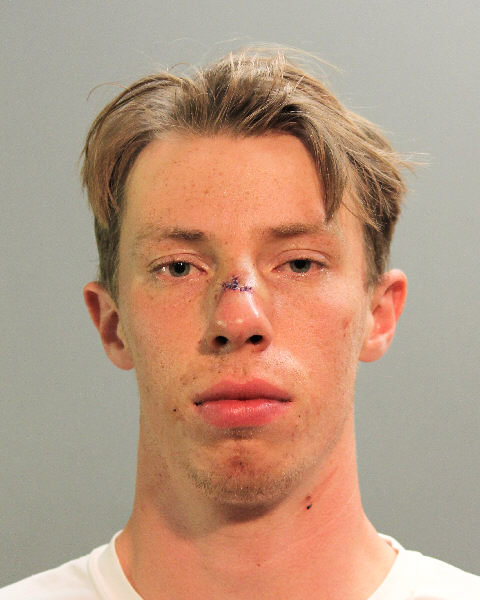 Seaford resident Matthew Smith is charged with manslaughter after a vehicular accident in Wantagh on June 4.
NCPD
By Jeff Bessen

One man is dead and a Seaford resident is charged with manslaughter in the fatal accident that happened in Wantagh on June 4 at 12:30 a.m., Nassau police said.

Responding to the call, police learned that Matthew Smith, 22, of Maryland Drive, Seaford, was driving a 2017 Dodge Ram pickup truck traveling east on Jerusalem Avenue, when it crossed over the lane into traffic heading west and struck a 2015 Chrysler sedan being driven by Vincent C. Ferrara, 23,  also of Seaford, according to police.

Both men were taken to a local hospital. Ferrara was pronounced dead at 1:14 a.m.

Smith is charged with driving while impaired, second-degree reckless driving and reckless endangerment. He was arraigned on June 4 at First District Court in Hempstead.  His next court date is June 10. Smith was released on a $50,000 bond. James O’Rourke is representing him.