Sharks at Jones Beach: the good, the bad, and the ugly 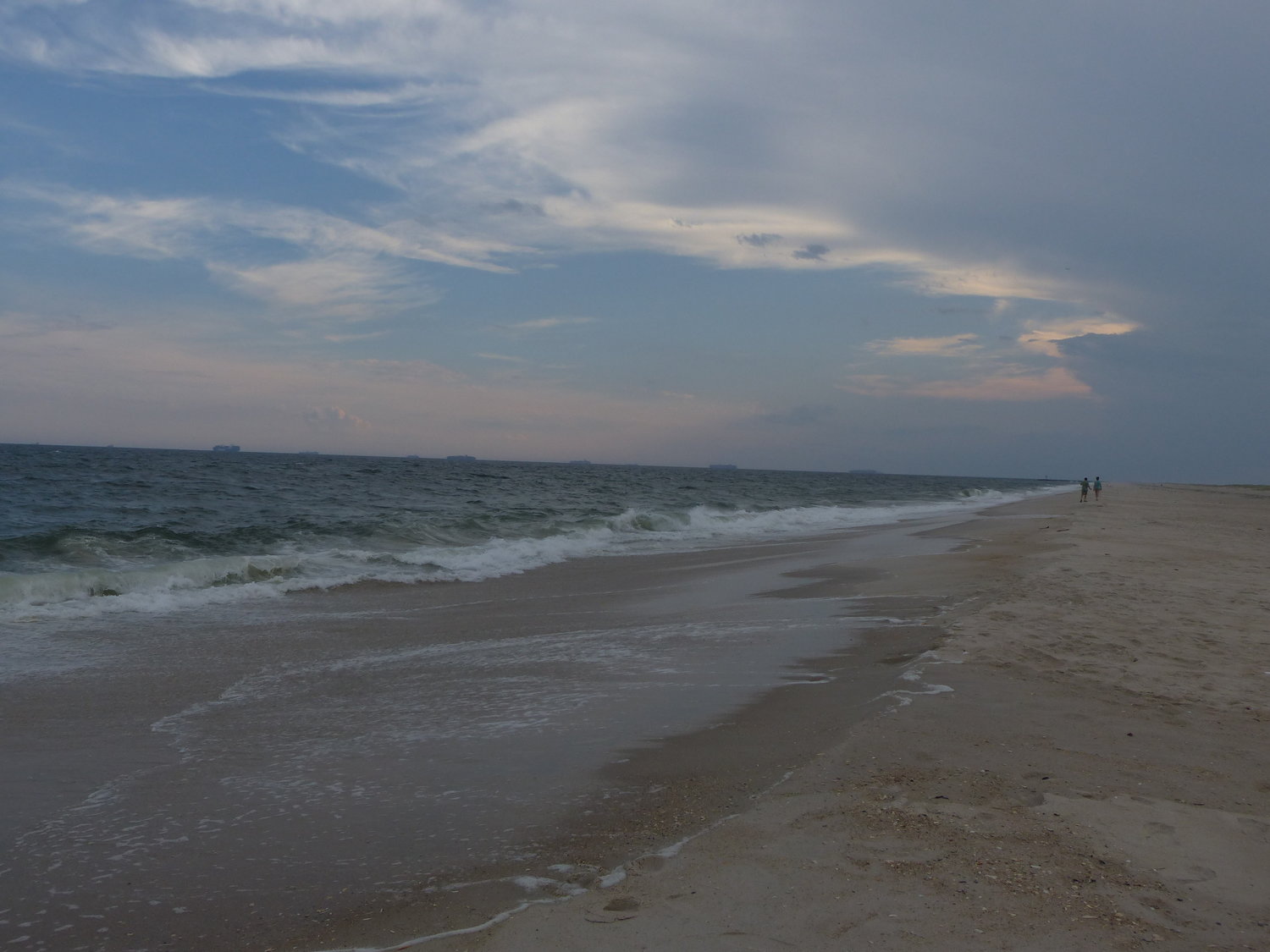 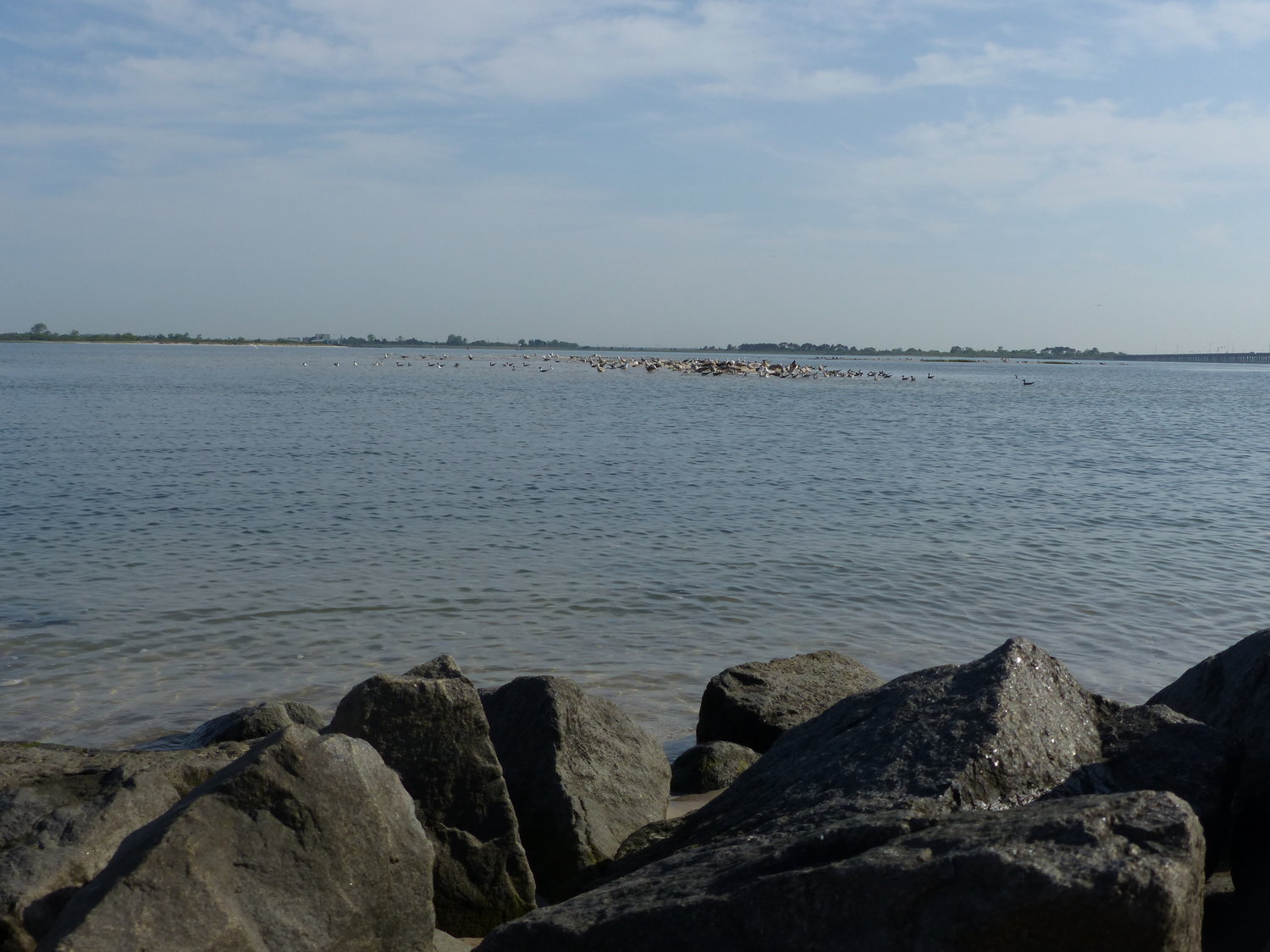 According to wildlife experts, shark activity means the environment is healthy.
Herald file photo
Previous Next
By Michael Malaszczyk

While you should be careful and alert while swimming in the ocean, you shouldn’t be too concerned about getting bitten by a shark at Jones Beach, according to the experts.

Long Island has seen unusually high levels of shark activity this year, and one swimmer was reportedly bitten on the foot at Jones Beach on July 1.

A 57-year-old man swimming at the state park early that afternoon suffered what appeared to be a wound to his right foot, the possible result of a shark bite. The apparent incident prompted increased police patrols of the water.

The incident was one of five reported shark attacks in Long Island waters during a two-week period in July, a record-high number for the area, officials said.

The increased shark activity prompted a response from the New York State Department of Environmental Conservation, which hosted a conference with two biology experts leading the discussion on July 25. The experts were Jim Gilmore, the DEC’s director of Division of Marine Resources, and Chris Scott, one of the department’s supervising marine biologists.

According to Gilmore, sharks are an important part of local ecosystems, and their population had been in decline, so the recent shark activity signifies a healthy ecosystem.

Scott added that rising water temperatures could be contributing to the increase, and even though climate change is a threat to humans, it is creating optimal thermal habitat for other species like sharks.

Gilmore acknowledged the recent encounters with sharks in local waters and the need for safety. In June, multiple state agencies, including officials from both the DEC and state parks, met to prepare for the summer season to discuss safety measures. These measures included the strict monitoring of beaches and shark species identification in order to know what sections of the beach may be dangerous for swimmers.

Scott said he wanted to clear the air on the types of sharks being encountered in Long Island waters. Long Island’s native sharks, he said, are sandbar sharks, dusky sharks and sand tiger sharks.

“People have been misidentifying sand tiger sharks as tiger sharks,” Scott said. “They are a completely different species. Sand tiger sharks are common in the local waters and are docile animals. These are the ones you see at the aquarium.”

Scott also attributed the increased shark activity to the environment recovering, citing the improvement in Atlantic menhaden populations as the reason predators like sharks have been closer to shore.

Scott and Gilmore agreed that though there is a human safety risk, it is not cause to avoid the beaches altogether.

“If you went to the woods in Alaska, you might see a bear,” Scott said. “If you go to the ocean here on the island, you might interact with a shark.”

Scott cautioned against swimming in areas where there are schools of fish, groups of seals and murky water. He also advised swimmers to stay strictly in lifeguard-watched areas.

Due to low shark activity on Long Island in the past, perhaps beachgoers have let their guard down in comparison to those in places like Florida, where sharks are more frequent, experts said.

Scott said he doesn’t feel it is always necessary to close beaches every time a shark is spotted.

“We have to educate the lifeguards and park staff on what is a threat to swimmers,” Scott said. “It’s going to take a little time for them to understand that not every shark sighting warrants the beach being shut down.”

He added that it may only be necessary to close a beach if a shark, or a school of its prey, is moving closer to a group of swimmers.

According to the experts, as long as swimmers follow protocol and listen to the lifeguards, it is safe to go to the beach.

“As scary as these bites sound, they are bites,” Gilmore said. “Every one of the five we’ve had this year, the animal bit and let go right away. We’re not seeing these large, scary sharks you see on Shark Week.”