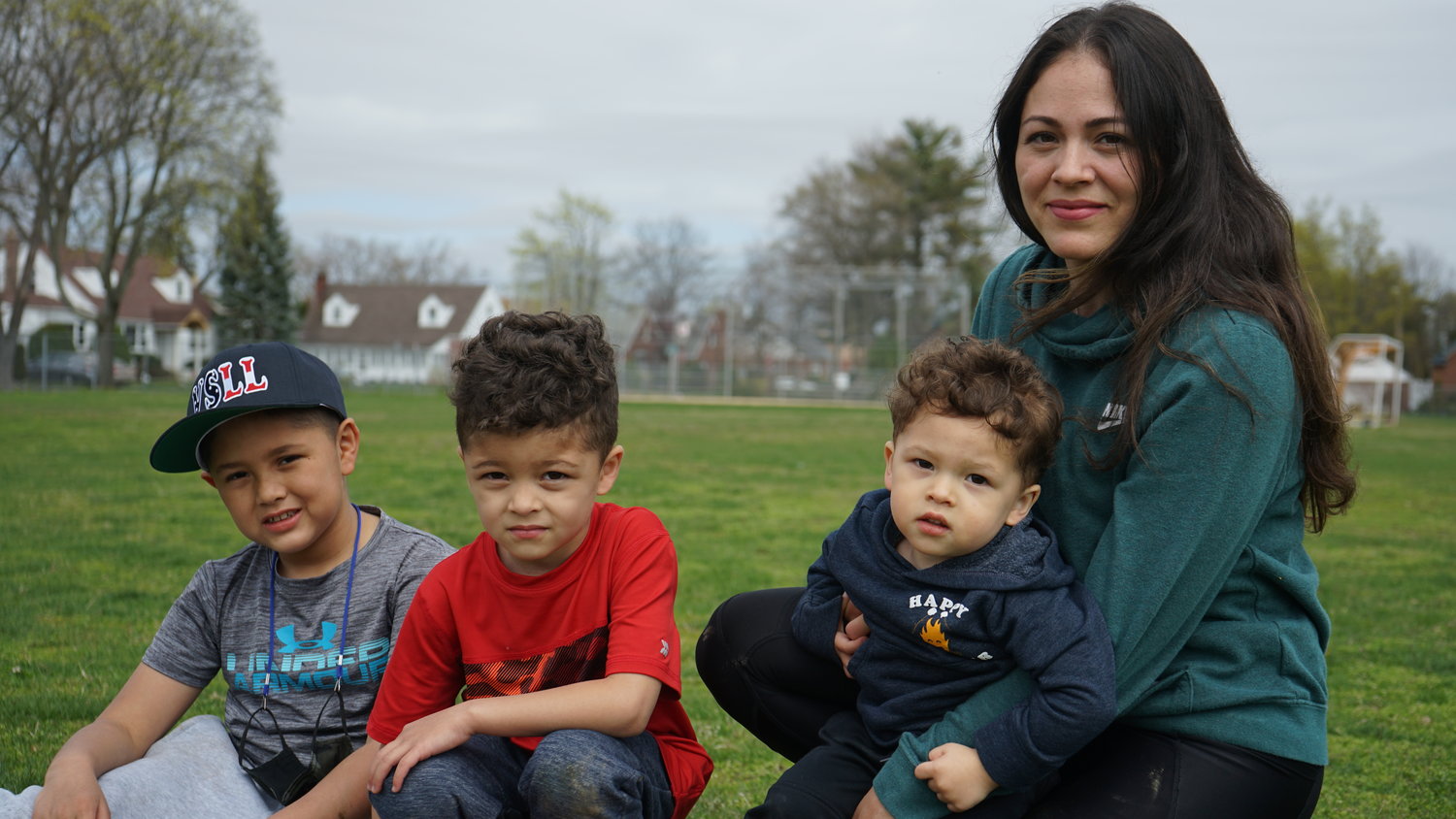 District 13 parent Jessica Ramirez with her sons Antonio, 8, Luca, 6, and Ryan 2. She said she looked forward to sending Ryan to the district’s universal pre-K program if it is implemented within the next two years.
Peter Belfiore/Herald 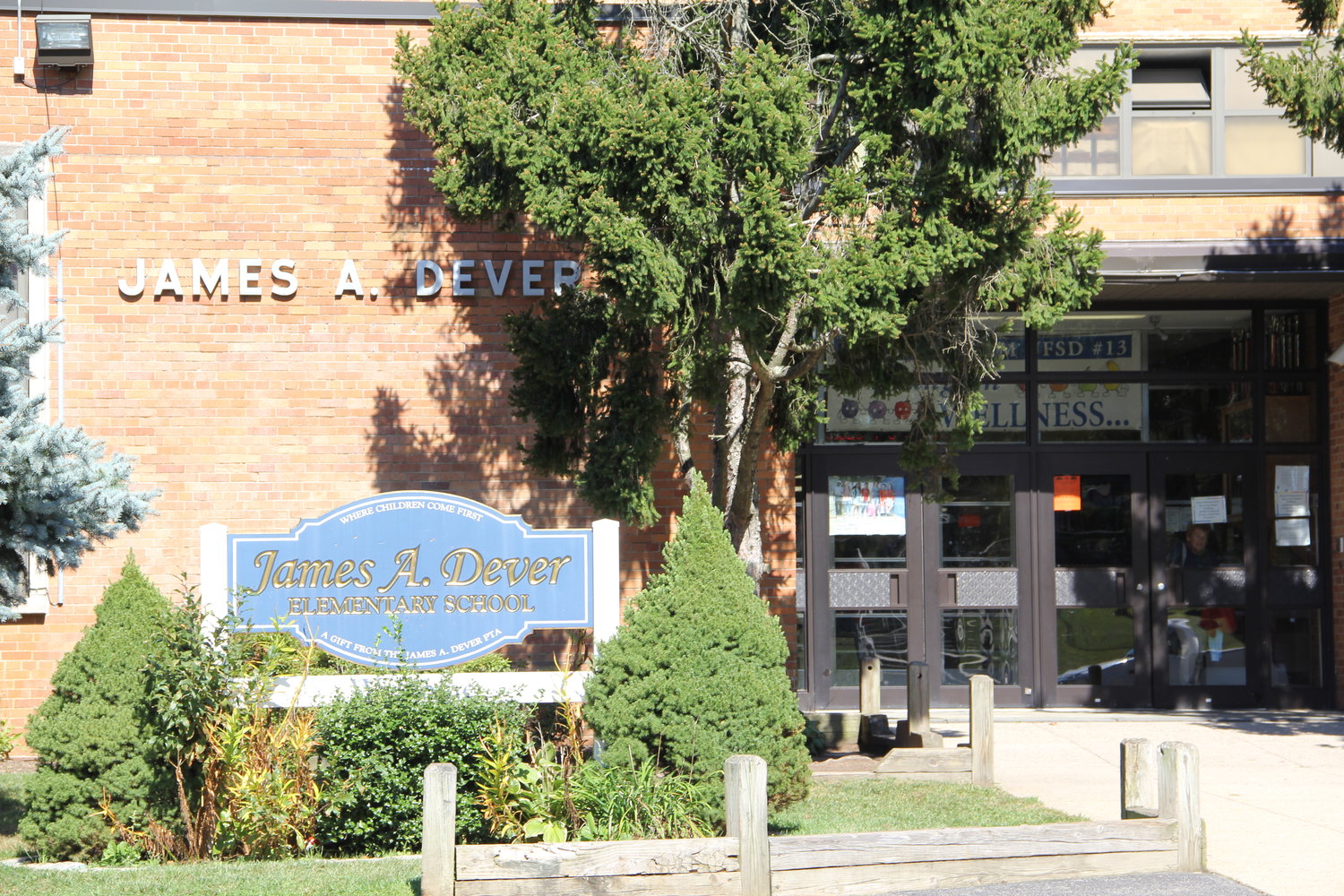 Local representatives cheered the funding as a win for local working parents, who might otherwise have to pay for tuition at private pre-schools. “I’m proud to have helped secure more funding for Valley Stream schools so that our students — and now those at the pre-K level — can get the first-rate education they deserve,” State Sen. Todd Kaminsky said in a statement.

“The pandemic has presented many challenges to our schools,” Assemblywoman Michaelle Solages stated. “Covid-19 has revealed many of the injustices facing students, from inadequate internet access to housing instability and food insecurity.”

Solages has long advocated for universal pre-kindergarten on Long Island, and had previously said the pandemic highlighted the need for the program.

Local parents also lauded the funding. Jessica Ramirez, a District 13 parent who has three sons, ages 8, 6 and 2, said she had sent the oldest two boys to private pre-kindergarten, but was looking forward to taking advantage of a public program for her youngest, should the district choose to implement it.

“We always made the sacrifice,” Ramirez said, noting that tuition at a local pre-school was upwards of $3,000 a year, depending on how many days a child attended.

She said that between early socializing and some learning fundamentals, pre-school is invaluable for childhood development, but it is a service that not every parent can afford.

“Some parents might not be able to afford to send their kids or they might not have the time or the patience to teach them some of these things,” Ramirez said. Plus, she said, she envisioned a benefit to having children from the same district attending the same pre-K program, where they would have a better chance to form bonds between children with whom they might attend kindergarten.

Ulla Kjarval, who also has children of pre-kindergarten age, said she would like to know more about the program. “It would be so helpful to parents with young children,” she said.

“Nassau County is one of the most expensive places in the country to raise a family,” she said, noting that such a program would allow her to return to her job. “So many parents are juggling child care and work; having this option would really help our community’s families.”

Whether Valley Stream’s school districts take advantage of the funding, however, remains an open question. State officials said it would be up to the individual districts to administer their respective programs. The funding is also slated to increase next year, officials also said.

In District 13, which has more than $441,000 in state funding earmarked for 80 full-day pre-K slots, Schools Superintendent Dr. Constance Evelyn said she met the news with enthusiasm, but noted that talks with the Board of Education on the district’s next steps were still early.

Already included in its $55.2 million 2021-22 proposed budget is the implementation a half-day pre-kindergarten program for the first time in District 13 history. With the extra funding, Evelyn said, “This just allows us to extend the conversation on what level of pre-K services we can provide in the district,” with the potential for an expansion to a full-day program.

As a former pre-kindergarten teacher herself, Evelyn said she was a strong proponent of universal pre-K, especially in Nassau County where high school graduation rates are among the highest in the state, but pre-kindergarten adoption is among the lowest. She said she and the board planned to provide more information on the implications of the state funding at the next school board meeting on April 27.

The path to universal pre-K for Valley Stream’s other two elementary school districts was less clear. District 30 Schools Superintendent Dr. Nicholas Stirling said space restrictions prevented the district from putting a pre-kindergarten program in place large enough to accommodate all parents who might want to take advantage of it.

“Additionally,” he said, “the cost to establish and run a new universal pre-K program is significantly higher than what has been allocated through state funding.”

District 30 is set to receive more than $395,000 in funds to create 30 full-day pre-kindergarten slots. Stirling said he awaited more information on whether the funds “could be used with community-based organizations to possibly lower costs for residents who would be sending their children to private pre-K programs.”

At District 24, the smallest among the three, and which is set to receive nearly $301,000 for 48 full-day pre-K slots, the response was the same. “We’re kind of in a holding pattern,” Schools Superintendent Dr. Don Sturz said. Without room at district facilities, he was also waiting to see whether the funds could be directed at community-based organizations with existing pre-K programs.