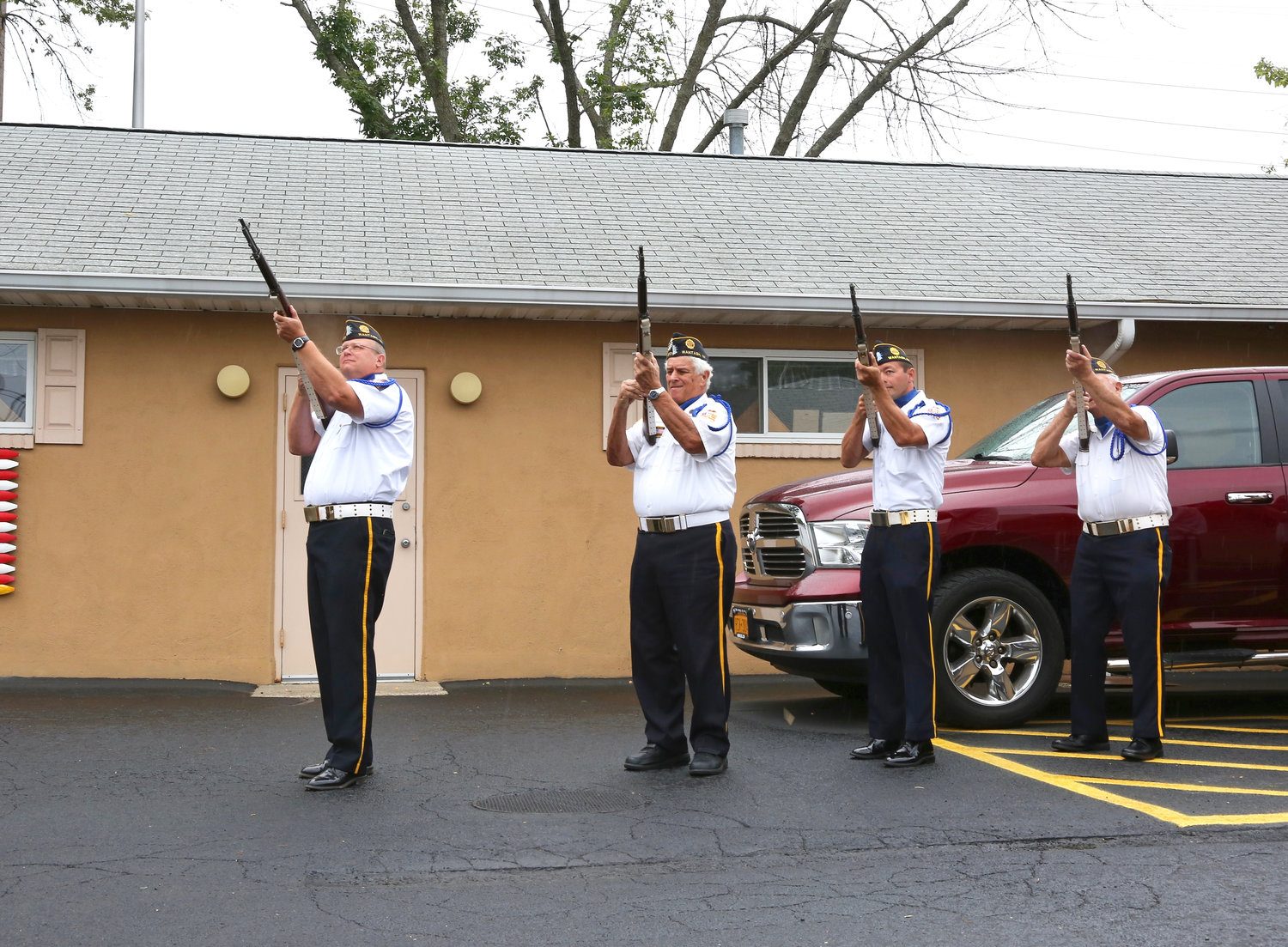 Wantagh American Legionnaires fire a 21-gun salute in a tribute to those who lost their lives on Sept. 11, 2001.
Courtesy of Mark Simonson 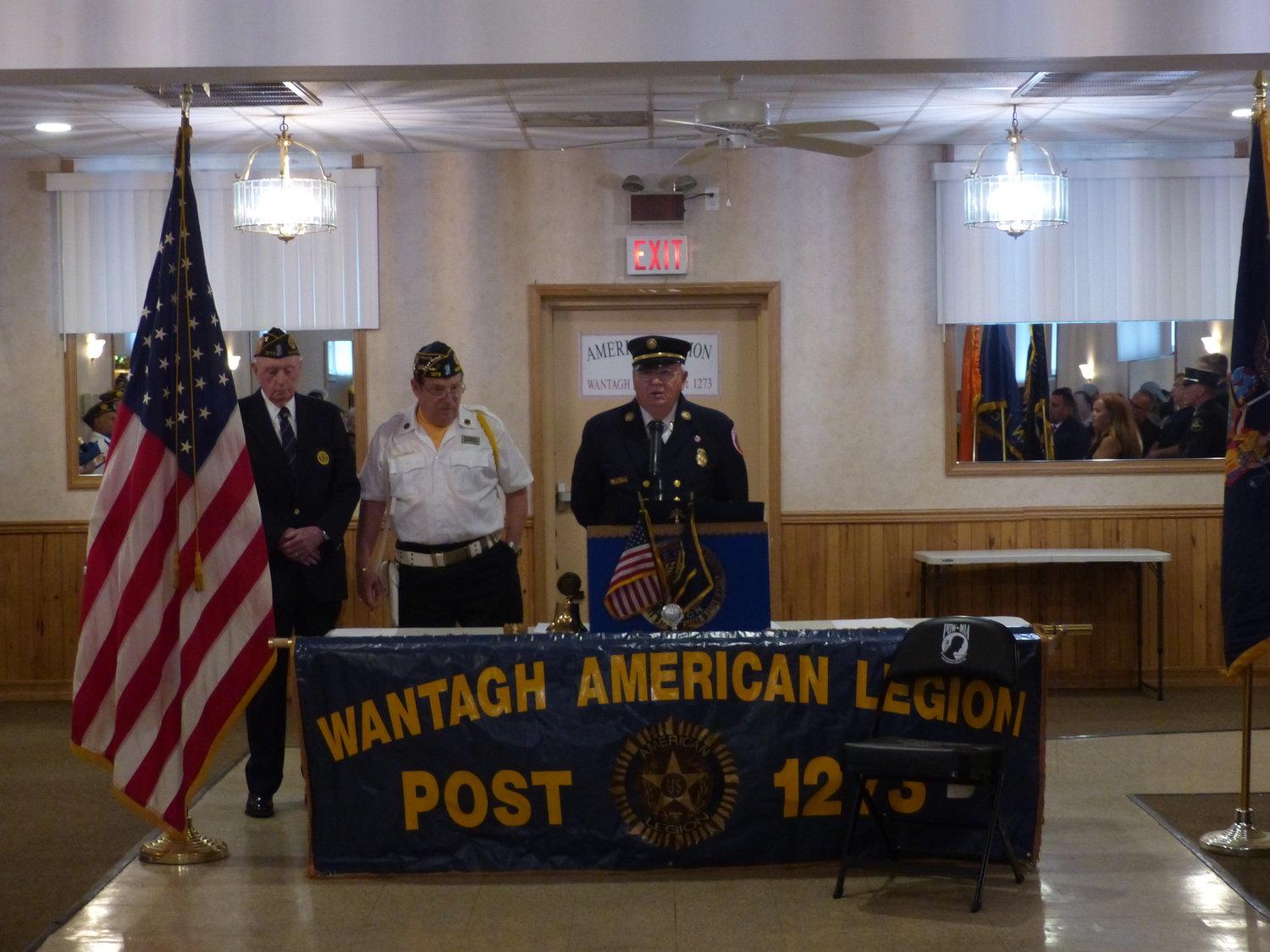 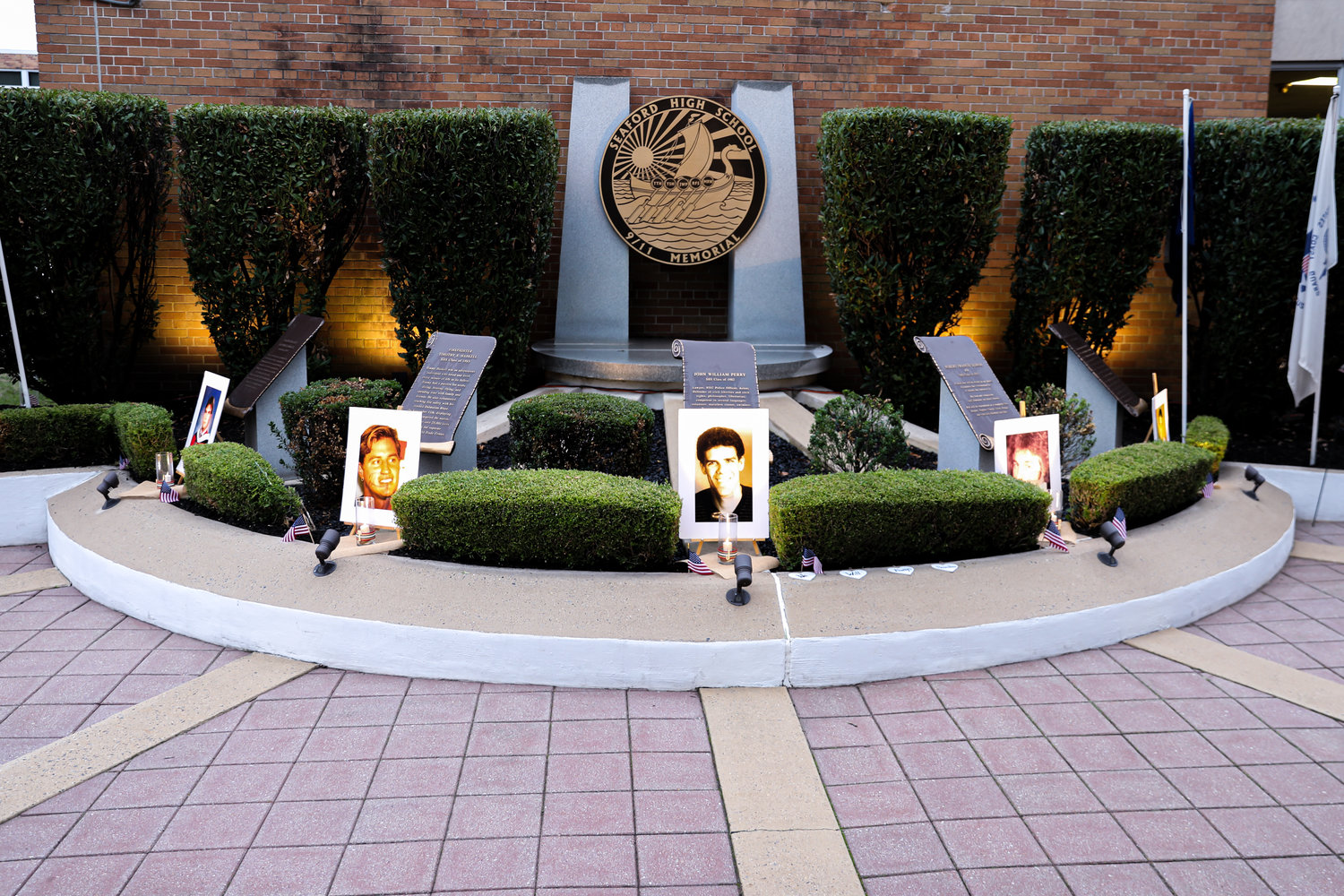 The Seaford 9/11 Memorial to its five heroes, located at the high school so that Seaford kids will never forget.
Karen Millindorf/Herald 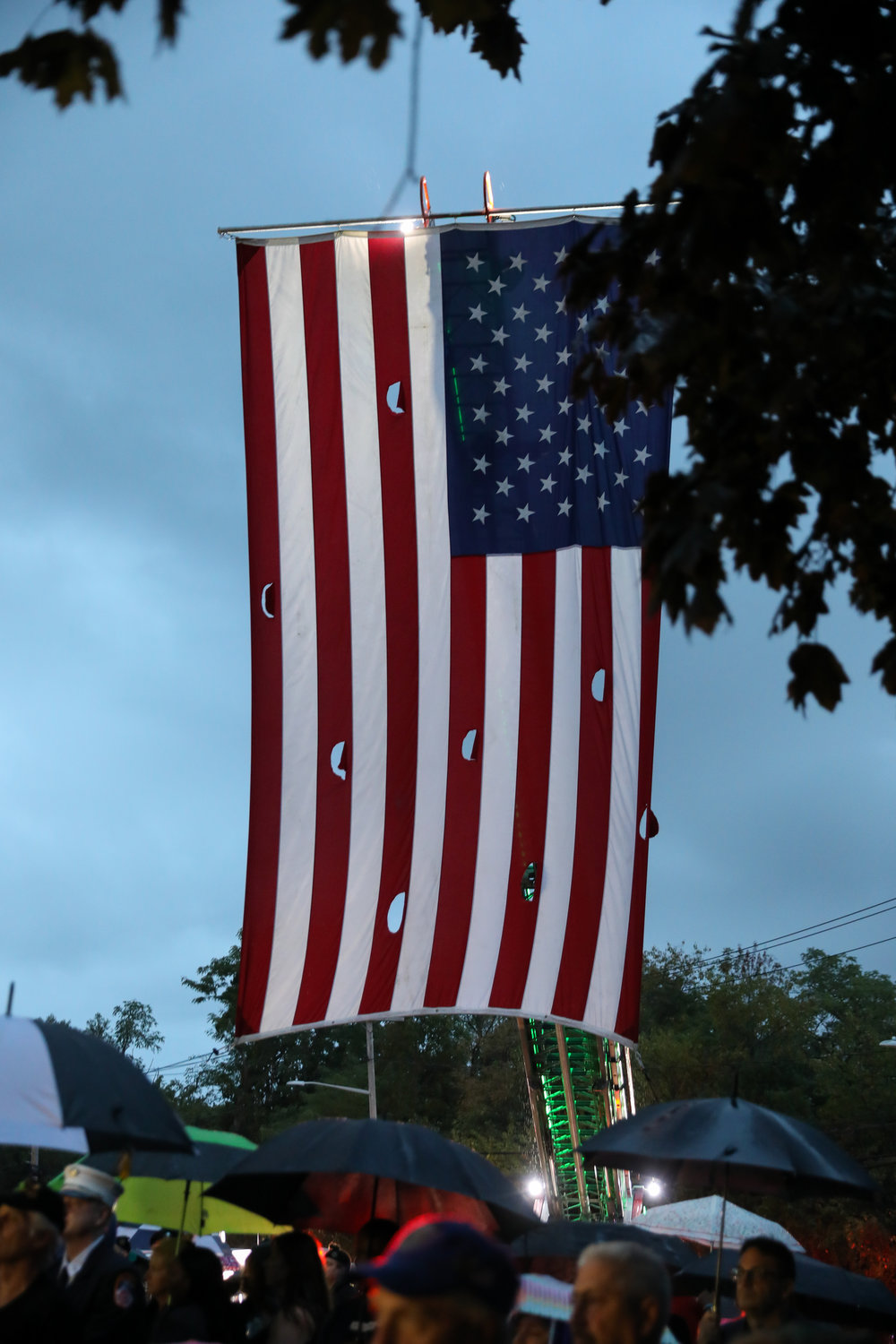 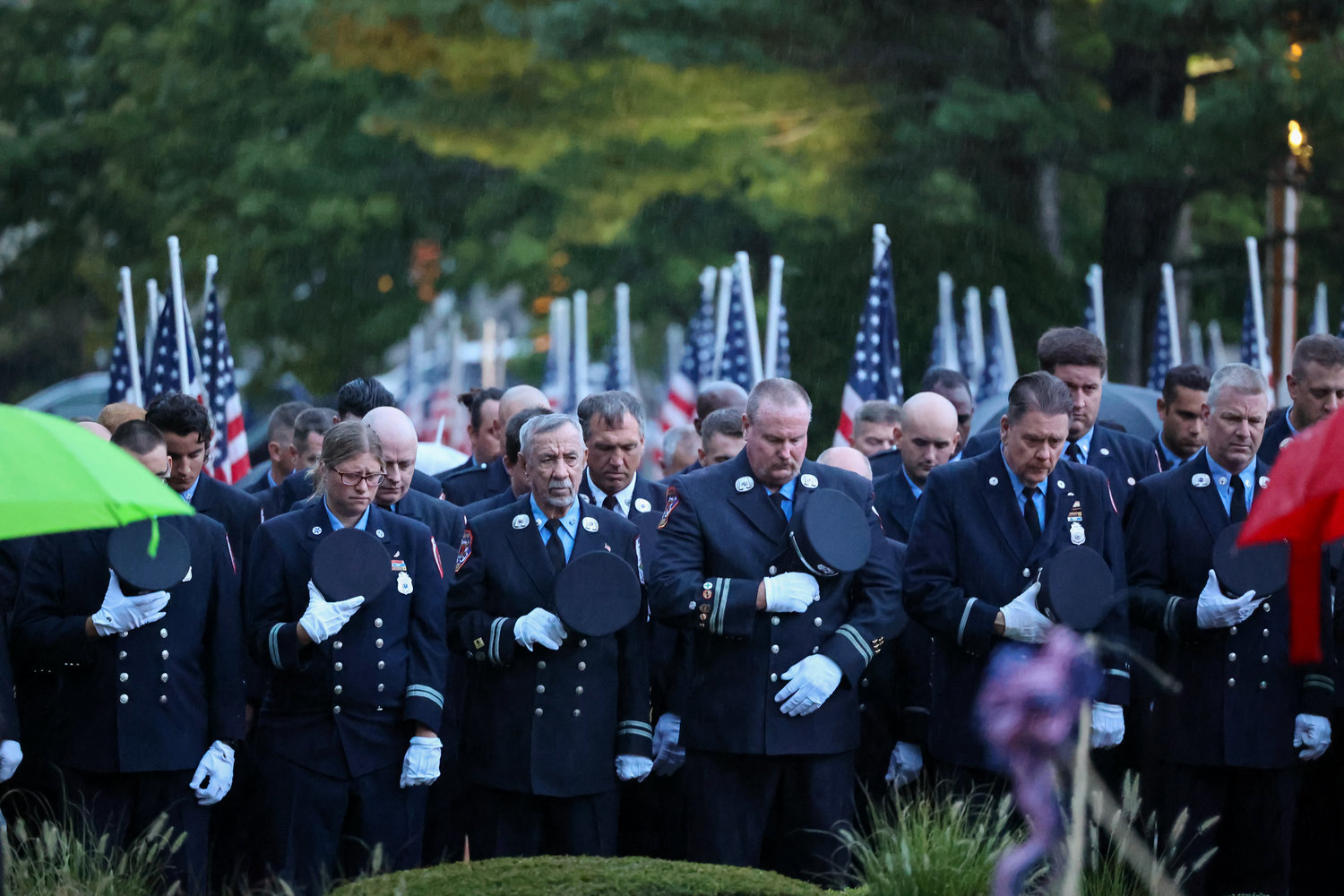 Members of the Seaford Fire Department stand at attention for the Pledge of Allegiance.
Karen Millindorf/Herald
Previous Next
By Michael Malaszczyk

The New York City metropolitan area was, collectively and profoundly affected by the terrorist attacks of Sept. 11, 2001, 21 years ago now. Wantagh and Seaford were no exceptions to this; they both lost members of their communities to these attacks. Both hamlets do their best to keep the memories of these heroes alive, and did so this past Sunday in ceremonies.

Seaford paid tribute to its fallen heroes – Thomas T. Haskell, Timothy S. Haskell, John W. Perry, Robert Sliwak, and Michael Wittenstein – in a special candle lighting ceremony that took place at 7 p.m., at Seaford High School, and went on in spite of the rain. Seaford has a special 9/11 Memorial Committee run by residents Tom Condon and Lynda Schachner, and runs two events every year. In addition to the ceremony every Sept. 11, they give out “Patriot Awards” every spring to five Seaford students. The students put in an application for the award and are selected as a random number. In addition to the award, scholarships are also given out to these students, and honorary Patriot Awards are given out as well.