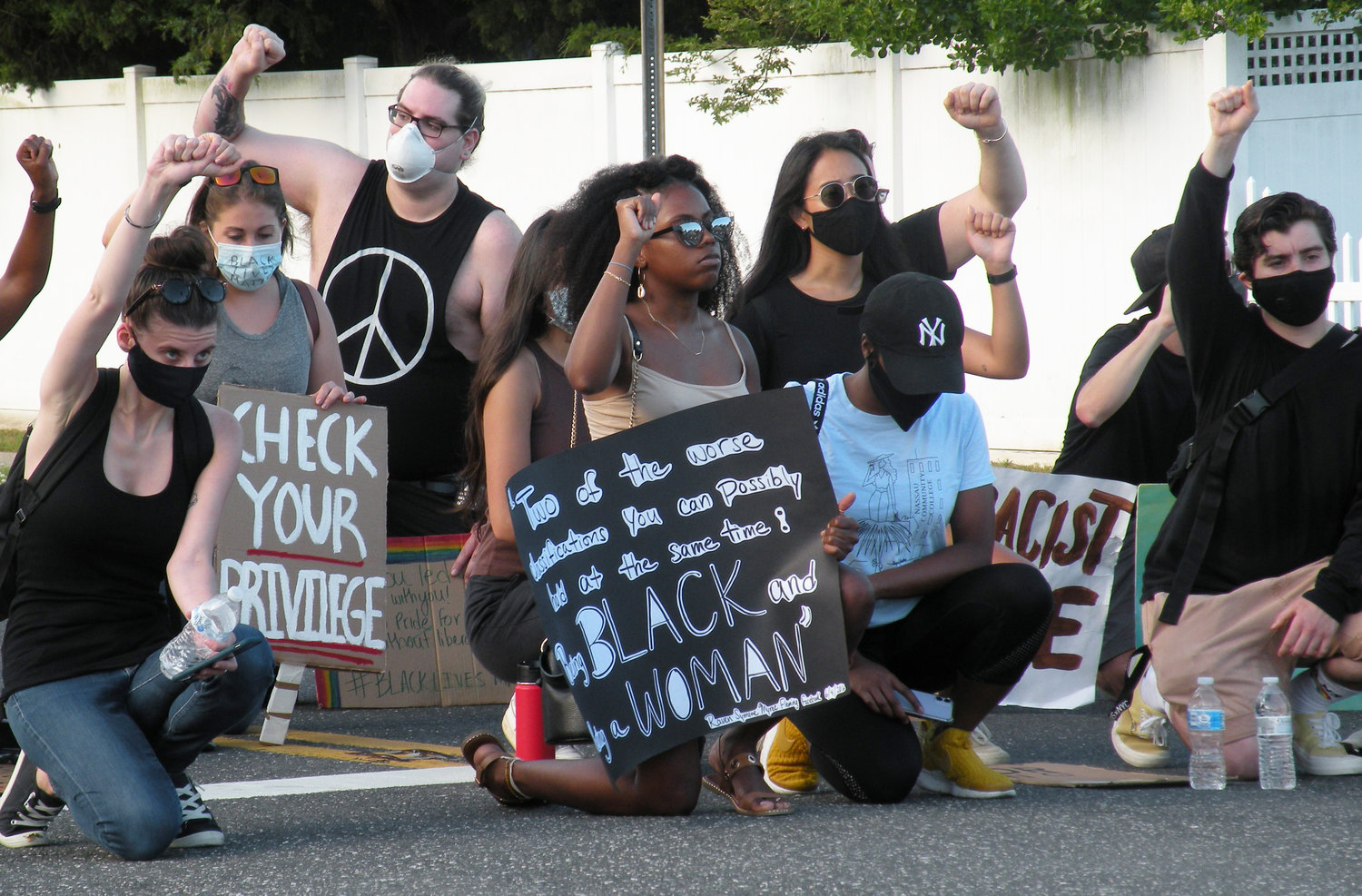 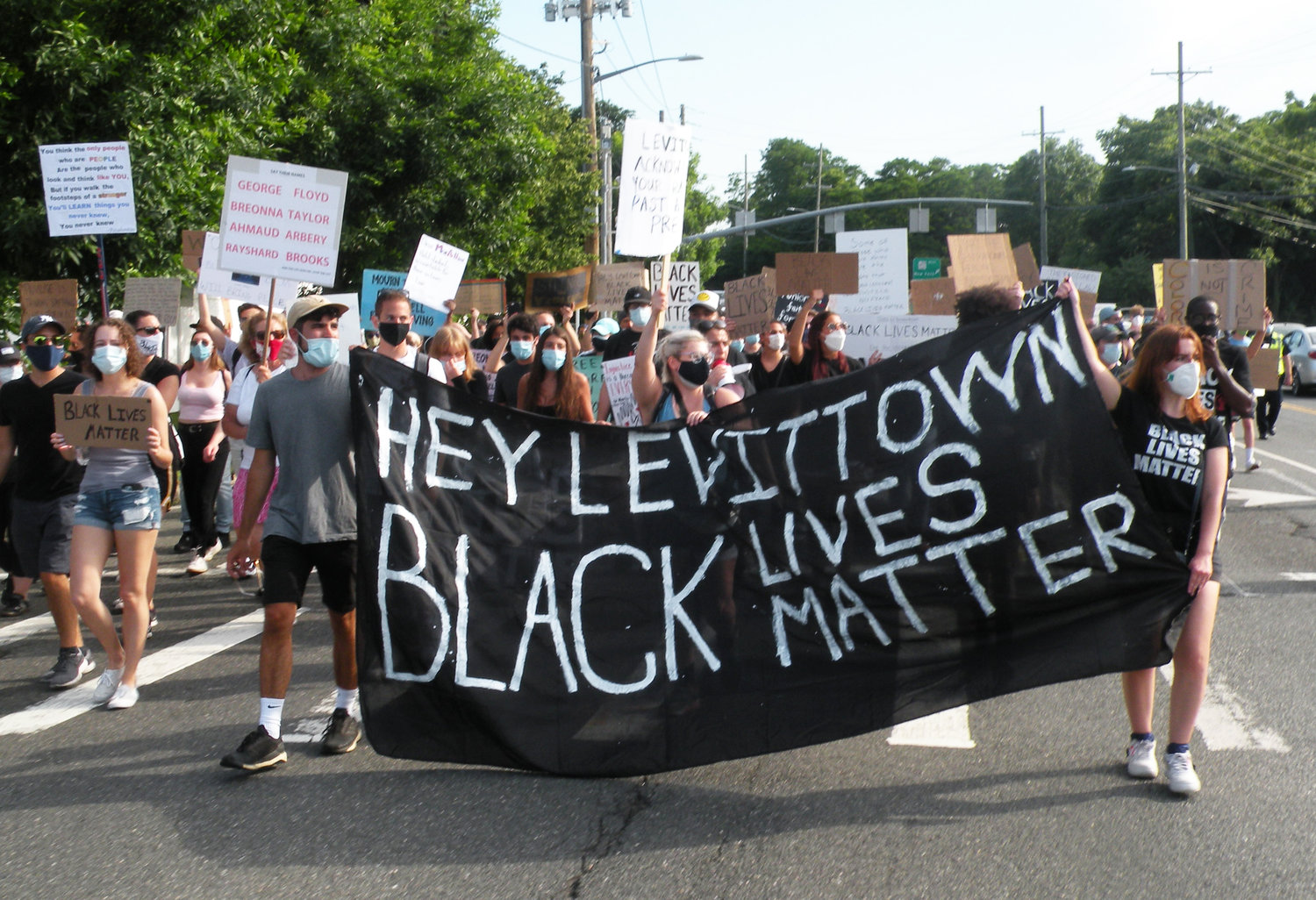 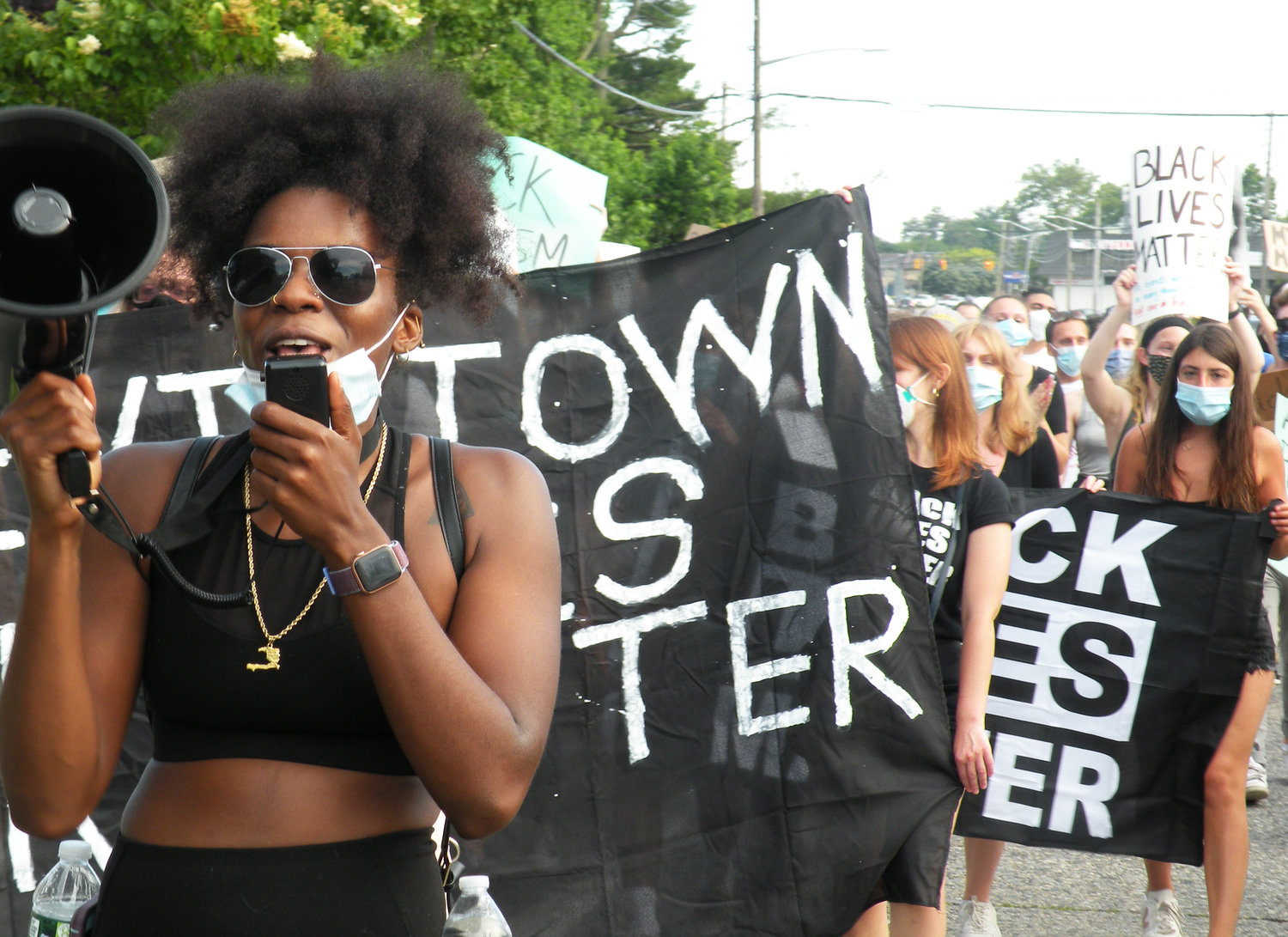 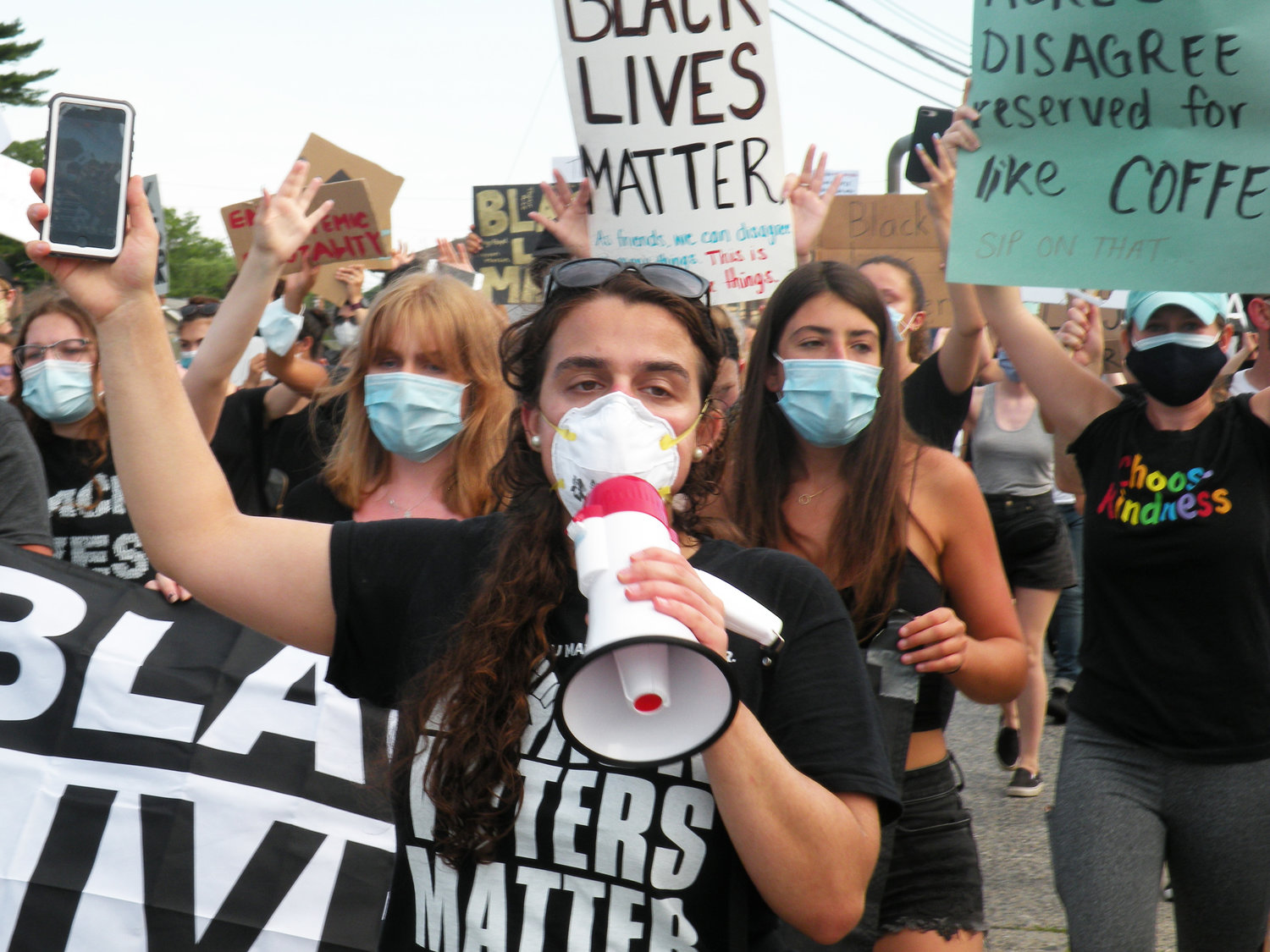 Deana Davoudiasl, one of the leaders of the march, had one of the most insistent voices
J.D. Freda/Herald-Citizen
Previous Next

That sentiment reverberated through the streets of Wantagh and Levittown last Saturday as about 125 people marched in solidarity with the Black Lives Matter movement.

The chant alternated with others in an antiphon of protest as marchers shouted “No justice, no peace!” “Black lives matter!” and “If we don’t get no justice, you don’t get no quiet!”

March organizers said they hoped the event would spark debate and underscore the morals and values they believe in without resorting to any physical confrontation.

“Young people are called naïve,” Deana Davoudiasl (pronounced duh-voo-dee-AZZ-uhl) said with insistently raised voice through a microphone set up next to the parking lot of the Circle M Diner on Wantagh Avenue, where the protesters congregated. “Bring this energy to the voting booths. They will never call us naïve again!”

Davoudiasl, of Rockville Centre, representing Young Long Island for Justice, energized the crowd before the march. She echoed the need for real, tangible change starting at the local level.

Organizers of the event included Erik Chevez, Alanna Bayarin and Sabrie Mozé. Mozé, 23, who spent most of the march leading from the front, chronicled her upbringing in Levittown and in its schools. She attended Jonas E. Salk Middle School and General Douglas MacArthur High School. Her early childhood memories include being stereotyped for being black. Schools were the setting of more than one incident, she said.

Mozé didn’t just talk; she walked the walk — literally, with bullhorn in hand, challenging others to hear her voice and repeat her sentiments.

Like Mozé, Chevez, 26, a Levittown Coalition for Change colleague, grew up in Levittown and attended its schools. He is of mixed Latino-Arab heritage, and he, too, spoke of the racism and prejudice he had encountered.

“I’ve been asked about my green card since fifth grade,” Chevez said. “I was born in Rockville Centre. I really didn’t realize the level of racism I experienced here until I left.”

He described being followed by police officers at a concert when he was 15. He said he was grateful for social media and the spread of information and statistics he has seen during the past few weeks. For example, he recently learned about Black Wall Street and Juneteenth through the outpouring of information on social media.

“That’s another thing … we didn’t learn black history in school,” Chevez said. I didn’t have a single black teacher throughout my years of high school. Levittown is 88 percent white, which is an increase from 2012, when it was 83 percent white. I think there needs to be acknowledgement at administrative levels.”

The march proceeded down Wantagh Avenue, past MacArthur High School and Salk Middle School. The route was mapped out by organizers to pass a number of schools and administration buildings, to highlight the role of schools in both fostering and combating racism.

Nassau County police patrolled the march. Some officers led the demonstrators through traffic by driving in front of or behind them, redirecting oncoming vehicles. Other officers walked in front of the group or alongside it.

At two intersections, the protesters went down on one knee, a gesture of solidarity with the BLM movement. The circle of participants filled the intersection, stopping traffic, for just over a minute each time before continuing.

“We need to make our communities here on Long Island more integrated,” said protester Jeremiah Bennett. “Wouldn’t it be something [for] communities like Garden City and Hempstead — two towns that are right next to each other that are vastly different — if we could put those kids in schools together? Build a park so both black and white kids from both towns can go there? … I want to see more integration.”

Along the way, some residents — some on foot, others in passing vehicles — vocally expressed their opposed to the protesters. None of them marched along with the group for more than a few steps or made any attempt to disrupt the march before going back to the sidewalk, and there were no physical altercations.