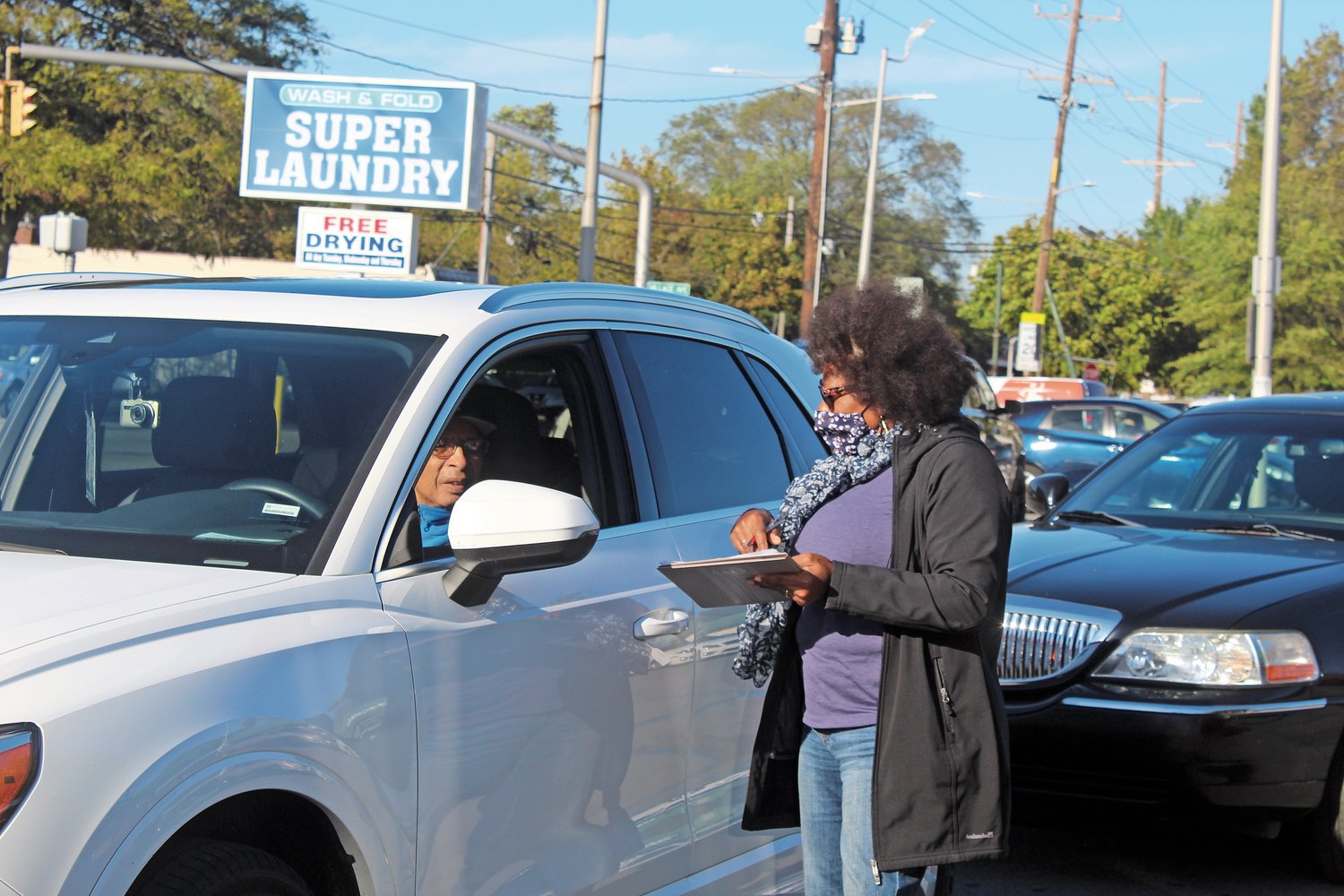 Brenda McDonald, of the Parkhurst Civic Association took the names of those who needed food and asked them how many people lived with them.
Melissa Koenig/Herald 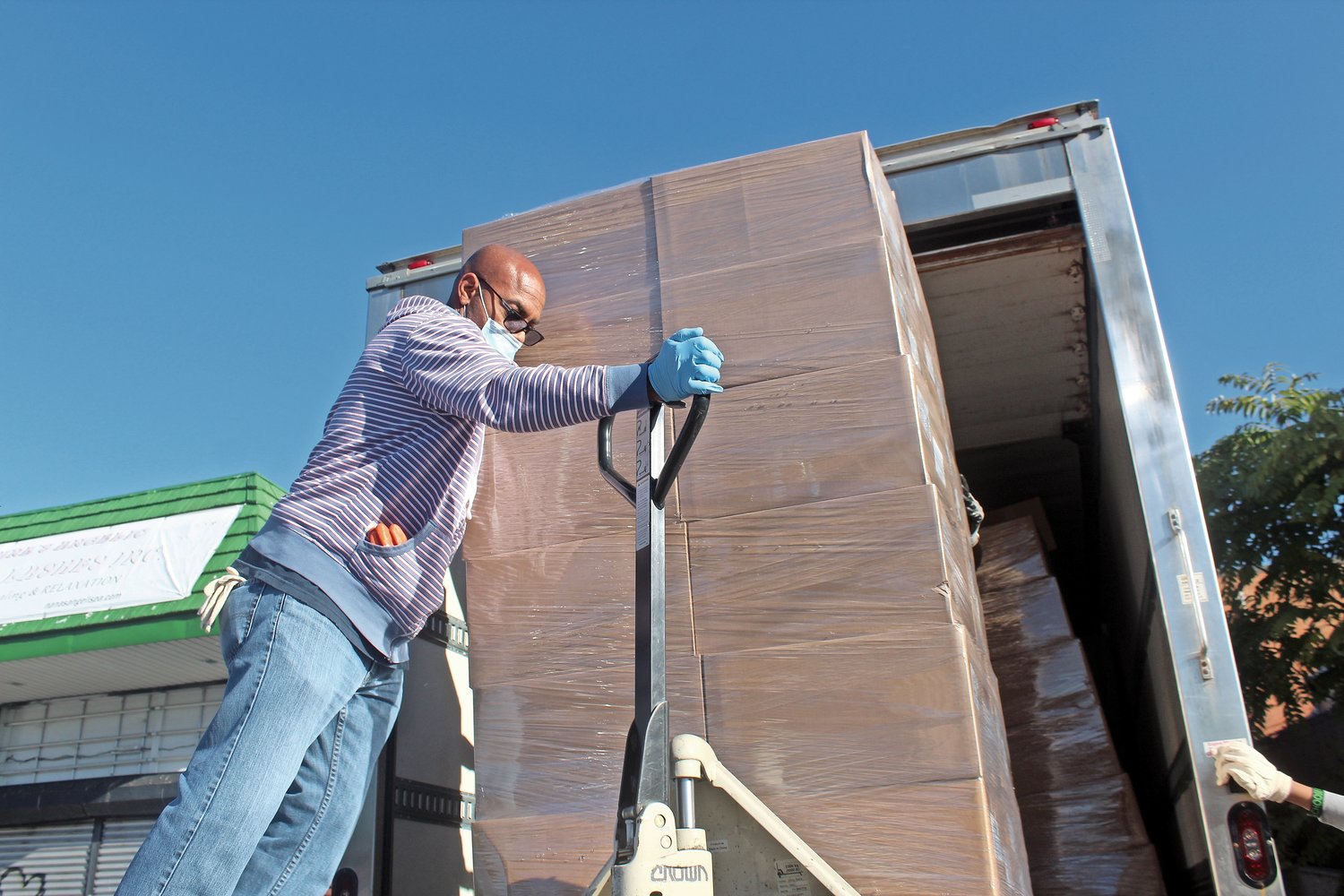 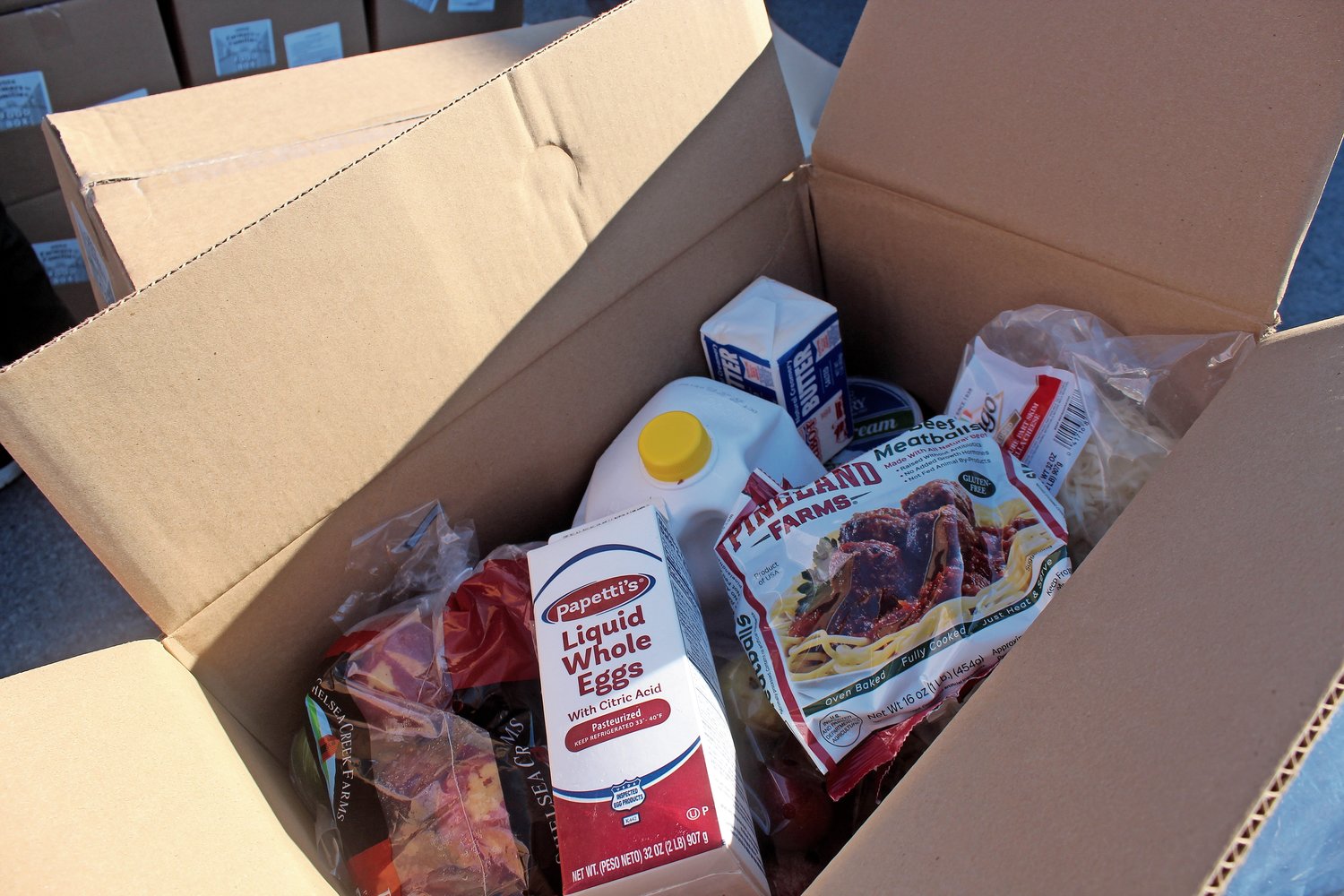 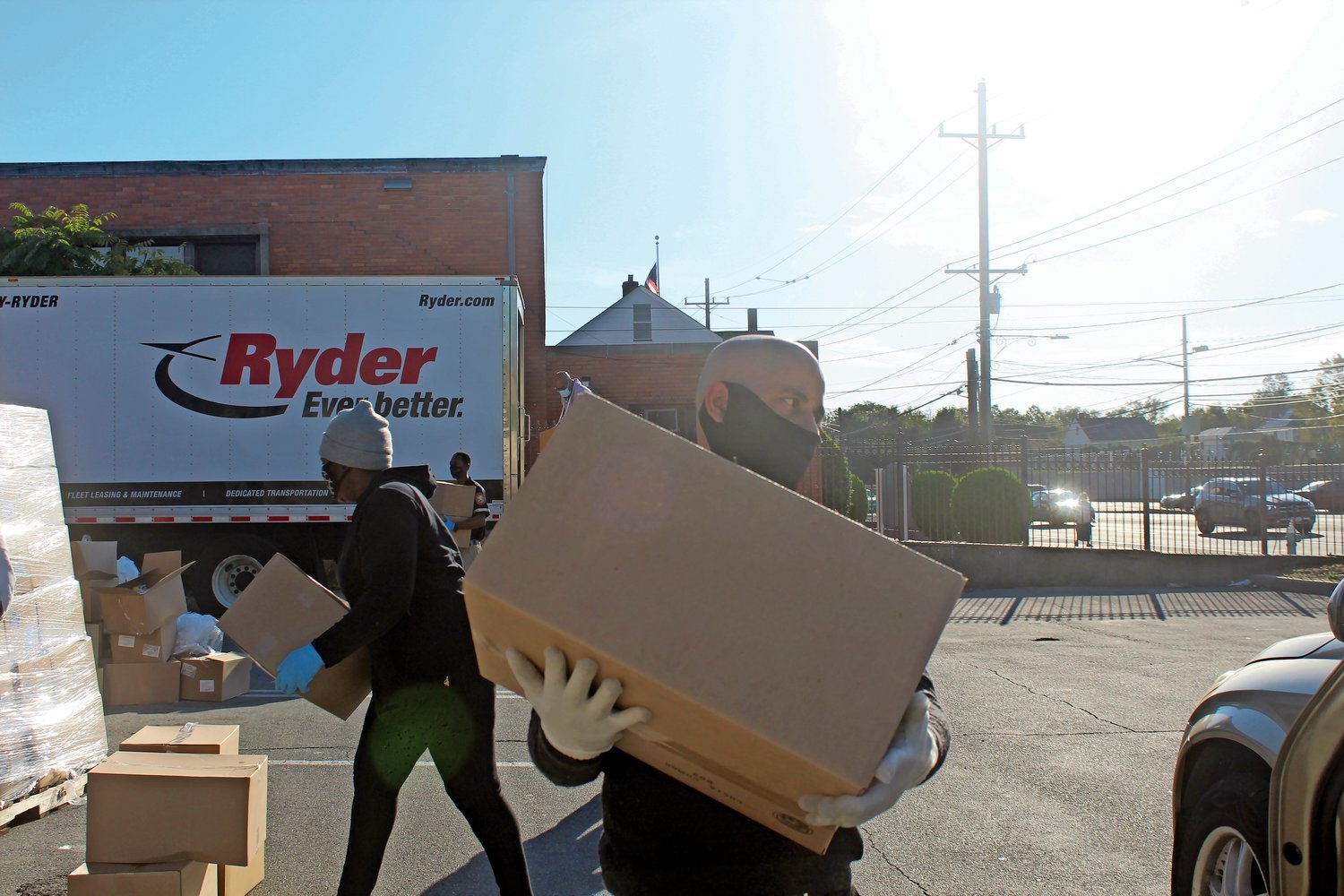 Every Wednesday, Thursday and Friday, the Rev. Danilo Archbold spends his mornings taking care of his wife, Melissa, who is recovering from surgery, and his afternoons handing out hundreds of boxes of food to those in need.

“We have to find different ways of helping people” as the coronavirus pandemic continues, said Archbold, the pastor of New Jerusalem Cathedral, Inc., in Elmont, adding that if there is a need in the community, the church tries to address it.

According to the United States Department of Agriculture’s Economic Research Service, 10.5 percent of New Yorkers were food insecure in 2018, just under the national rate of 11 percent. The agency defines food insecure households as those that are “uncertain of having, or unable to acquire enough food to meet the needs of all their members.”

In Nassau County, 72,210 people were food insecure in 2018, according to Feeding America, a national hunger relief organization, or 5 percent of the population. Feeding America estimates that that figure has almost doubled, to 9.8 percent, in 2020, when many people have been laid off and are struggling to make ends meet.

An estimated 46,000 Town of Hempstead residents were unemployed in August, data from the state Department of Labor shows, and Nassau County had a 10.7 percent unemployment rate. At the same time last year, the county’s unemployment rate was just 3.7 percent.

But, Archbold said, “That shouldn’t stop people from having decent-quality food.”

He partnered with the New York City-based 9 Million Reasons to hand out food every Wednesday in October in Elmont, every Thursday in the Village of Westbury and every Friday in the Village of Hempstead. Though it has only two full-time staff members, 9 Million Reasons runs the largest community food pantry in New York City, and now feeds more than 30,000 families each month as part of the USDA’s Farmers to Families program, which Secretary of Agriculture Sonny Perdue created in April to purchase and distribute agricultural products to those in need.

The agency’s Agricultural Marketing Service works with upstate farmers to buy fresh produce, dairy and meat products, which are packaged in family-sized boxes and transported to food banks, community and faith-based organizations and other nonprofits. Archbold gets food boxes from the 9 Million Reasons distribution site in Long Island City, Queens, and works with local community leaders to give them out to people in need. He and Village of Hempstead officials have also started a food giveaway at Kennedy Memorial Park on Fridays.

“We welcome any help,” said Juanita Hargwood, the village’s director of human relations and community events, adding that Hempstead residents will now be able to use the money they would have spent on groceries on other necessities, like rent.

When people come to get food, volunteers ask them how many adults, children and seniors are living in their household, and distribute boxes accordingly. The boxes contain pre-made meatballs, potatoes, apples, bags of plums, an egg substitute, sour cream, butter, milk and cheese — enough food for two people, according to volunteer Edwidge Mahmood, so individuals get one box, families of two get two boxes and families of three or more get three boxes.

Archbold estimated that he distributes about 4,000 boxes each week, and said he hoped to give out 75,000 by the end of the month. On Oct. 14 he brought two truckloads of boxes to the parking lot at the intersection of Elmont Road and Village Avenue, and, with the help of 17 volunteers, gave out all 924 boxes to residents in need.

“We stand as one in this community,” said one of the volunteers, Luchiano Nivar, of Elmont, the manager of the Olive Garden in Westbury. He found out about Archbold’s efforts when Danilo and Melissa visited the restaurant, and Nivar thought it was a great way to give back to the community and “sends a message that there’s hope [and] that there are people who want to give back.”

And by providing people with food, another volunteer, Bishop Martin Watson, of the Rose of Sharon Baptist Church in Jamaica, Queens, said, can indirectly help them with their finances. “Most of these people are working,” Watson said of the line of vehicles that extended into Elmont Road and people spaced out on the sidewalk to get food that afternoon, “but still their financial situation could be eased.”

They included local teachers worried about their risk of contracting Covid-19, Archbold noted, as well as people driving Lexuses and Mercedes Benzes.

Brenda McDonald, of the Parkhurst Civic Association, said that volunteering is her civic duty. “It just makes me feel good to know I’m making a difference in someone’s life,” she said, adding that, as a former teacher, she used to tell her children to be a part of the community. “That is a big part of growing and learning: learning to serve the community.”

Bob Barker, president of the Locustwood Civic Association, said he was there to make sure that people in the community aren’t left without supplies. “With the pandemic going on, a lot of people can’t get out,” he said. To help, he takes some of the boxes from the weekly food giveaway to his elderly neighbors who can’t leave their homes.

“Hopefully,” Barker said, “we’ll be able to get through this pandemic as quick as possible.”