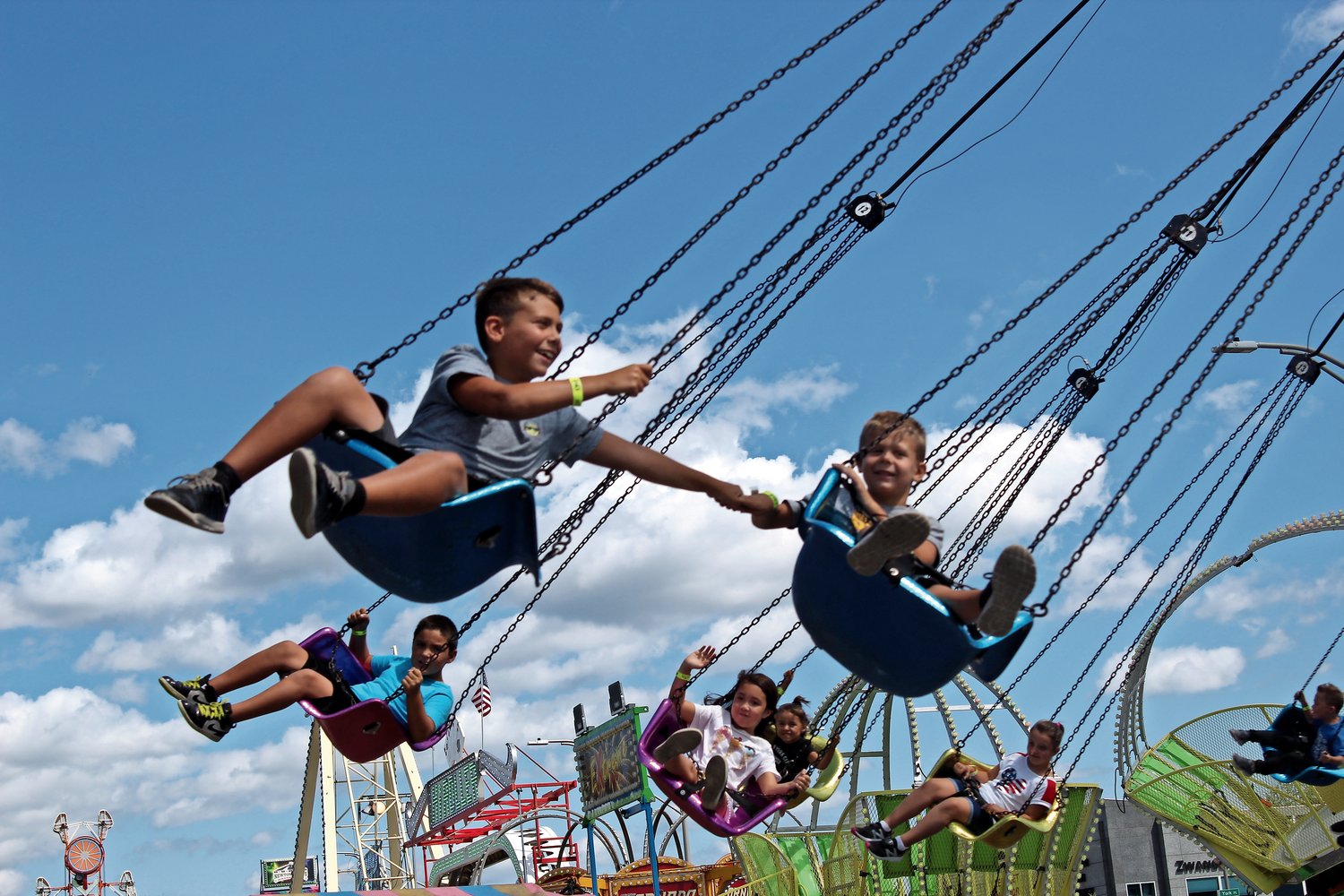 Every year, thousands of families from Merrick and beyond attend the Fall Festival.
Alyssa Seidman/Herald Life 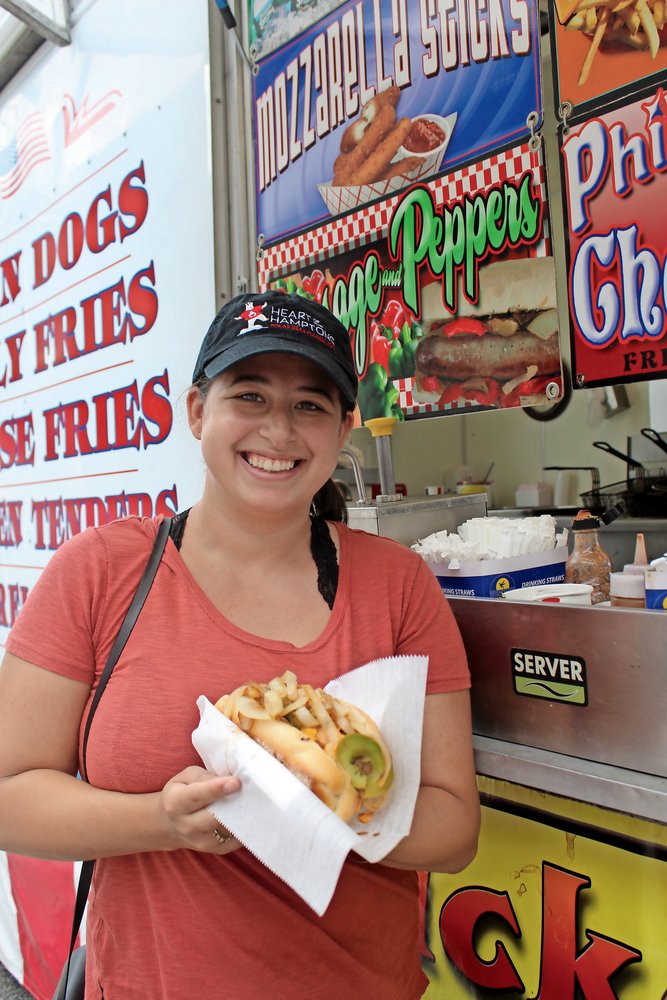 Festival-goers come for food, rides and to shop at hundreds of booths operated by local businesses. In 2019, Amanda Bernocco, of Merrick, took advantage of the food trucks at the festival, ordering a Philly cheese steak.
Alyssa Seidman/Herald Life
Previous Next
By Andrew Garcia

Fall Festival, Merrick’s largest annual event that attracts thousands of guests to hundreds of booths manned by local businesses, has been cancelled due the coronavirus pandemic. While many will miss out on the carnival rides and cotton candy, business owners will lose major opportunities to promote and raise money for their businesses.

“The chamber is upset and disappointed about this, of course,” said Femy Aziz, president of the Merrick Chamber of Commerce, which organizes the festival. “Not just our members, but our customers and clients were looking forward to it, too.”

The festival typically takes place in September, stretching from Sunrise Highway up Merrick Avenue. Held annually since 2000, it’s one of the biggest festivals held on Long Island, attracting roughly 10,000 attendees to the hamlet.

“The festival is one of the biggest, if not the biggest get together in Merrick,” said Seth Pitlake, distinguished immediate past president of the Merrick Kiwanis and chamber member. “Thousands of new potential customers come every year.”

The Merrick Kiwanis usually fundraise for local causes at the festival. Over the last few years, they sold flags to fill a field of honor for veterans in North Merrick while also promoting their yearly philanthropic efforts. Aziz also raises money for Last Hope Animal Shelter by offering pet portraits from her storefront, Serengeti Design Studios.

“Fall Festival is one of the biggest ways we bring the face of Kiwanis to the community,” Pitlake said. “It’s our biggest shot at meeting and greeting with new people. It’s a major disappointment, but we understand why.”

The chamber has formed a holiday fundraising committee, Aziz said, which will generate ideas on how to fund the holiday lights. Residents may have an opportunity to lend their financial support. “A little will go a long way,” she said. “Our focus is to continue the tradition, but it depends on the [committee’s] ideas.”

Although Fall Festival is called off, it may live on in a new form this year. While the plan is still tentative and permits have not yet been approved, Aziz is working to secure the same parking field for a flea market on Sundays. Eighty to 100 vendors would be able to host booths from 6 a.m. to 6 p.m.

The weekly event would operate with several guidelines. Booths would be separated 10 feet apart and vendors must wear masks. Customers would also be encouraged to wear masks and social distance.

If the Sunday flea market is approved, chamber members could host a booth on two dates of their choice. They would also be offered a discounted fee if they wish to continue to attend. For non-members, fees would be inexpensive, Aziz said.

While Hempstead Town Councilman Christopher Carini, who is working with Aziz to secure the permits, could not comment on the status of the alternate plan, he said, “I’ll always do my best to help local organizations pull off these types of events, and pull them off safely and under the correct guidelines.”

“If we get the go ahead today, in a week or two we can get going,” Aziz said.

The chamber has proactively set the permits for the 2021 Fall Festival.