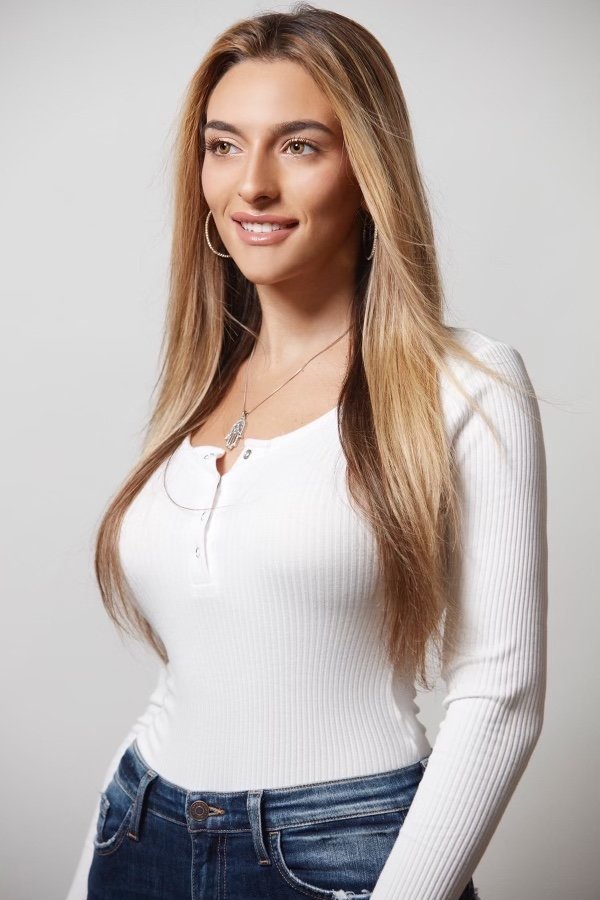 This June, model, journalist and influencer Emily Austin had the chance to mingle with TikTokers, YouTubers, and celebrities while mixing her passion for sports journalism with her interest in social media.

Austin, a Hewlett Harbor resident and Hofstra University student, was a backstage correspondent for the Battle of the Platforms event hosted by LiveXLive Media on June 12.

The event was in person in Miami Gardens, Florida and available to watch on pay-per-view. The battle was celebrity boxing: TikTokers vs. YouTubers. The headlining fight featured Bryce Hall, a TikToker with over 20 million followers, against Austin McBroom, a YouTuber whose channel has over 19 million subscribers.

“It was the biggest fight of the year: celebrity TikTokers versus celebrity YouTubers,” Austin said. “They invited me to do all the locker room interviews and backstage correspondent hosting.”
Austin was invited to host the event because of her vlog, “Daily Vibes with Emily,” that features interviews with NBA players.

She hosted a few episodes of a LiveXLive TV show, Music Lives, and was then invited to host the Battle of the Platforms, one of the most anticipated events of this summer. A vlog is personal website or social media account that features short videos.

A TikToker and influencer herself, Austin found it fulfilling to be able to interact with these huge influencers on a personal level. “It was really laid back fun and it was like a bonding experience,” Austin said. “After interviewing [the influencers], spending a weekend there with more rehearsals, more practice I became friends with these people.”

Austin had the chance to interview TikTokers such as Hall, Vinnie Hacker and Nate Wyatt, all of whom have millions of followers, but found the experience very different from her background in sports journalism.