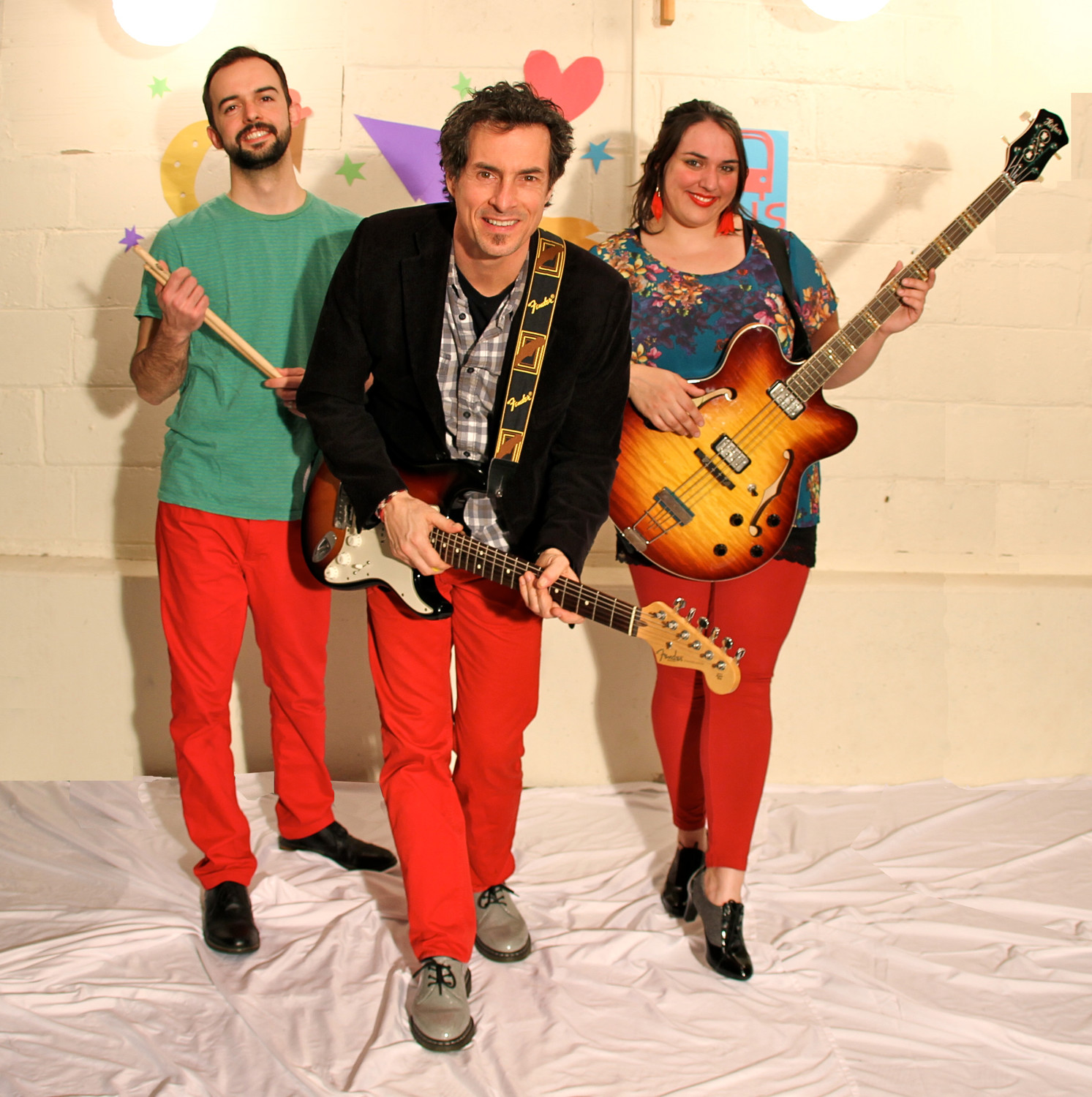 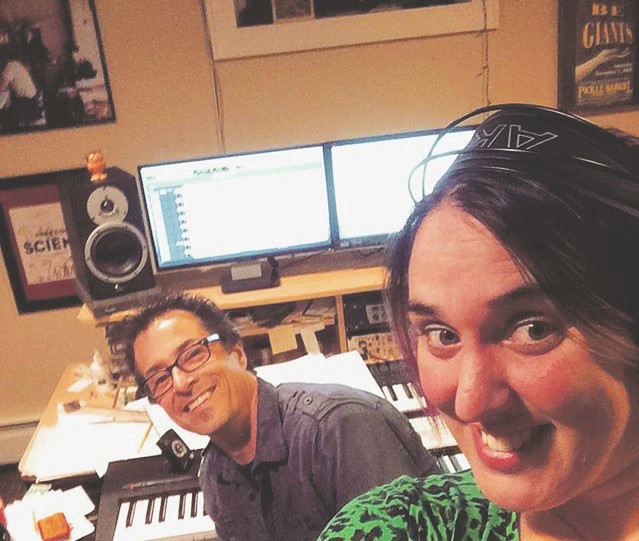 Weinkauf and Kenny Jones during the recording of “Totally Osome.”
Courtesy Danny Weinkauf
Previous Next
By Justin Zion

The life of a musician and songwriter is often very busy and hectic, and local Lynbrook artist Danny Weinkauf is no exception. Fresh off two album releases for two different bands, and a 50-plus city tour, Weinkauf is bringing his Red Pants Band to perform on two dates at the Long Island Children’s Museum this summer.
Weinkauf’s other band, They Might Be Giants, where he plays the bass, has had a very active start to 2018. The group released a new album in January, entitled “I Like Fun.” The release marks the 20th studio album the band has put out in its 36-year history.
“It’s tough to get people excited for the 20th album,” Weinkauf said, “[but] this really seemed to be well-received.”
The band then embarked on a long tour to promote the new album. The tour spanned 50 cities in the U.S., ending in May, and came as a precursor to a world tour the group will be doing later this year. The tour’s turnout was very successful, which came as a happy surprise to the band, Weinkauf said. People usually want to be entertained by the band’s older songs, he explained, and typically don’t turn out as much for new songs, but almost every venue they visited was sold out
“The tour was one of the best, most smooth sailing, fun, well-received tours we’ve ever done,” Weinkauf said.


They Might Be Giants also has a long-running project called Dial-A-Song, where the band releases a new song each week over the phone and online, typically with an accompanying video. The project takes a lot of time and effort, according to Weinkauf.
As for the Red Pants Band, the trio came out with an album of its own in August 2017 and is currently working on new releases. The band also plans on bringing in a fourth member to its ranks, who Weinkauf said will be added to the group in time for the shows at the Children’s Museum. Russ Jones will join Weinkauf, bassist, pianist and vocalist Tina Kenny Jones and drummer Steve Plesnarski. Jones will play guitar, bass and sing, bringing even more versatility to the group. “We will all be able to switch around,” Weinkauf said of the instruments.
Beyond that, Weinkauf said, he would like to see the Red Pants Band travel more and to further locations, hitting places like the West Coast. He also wants to release more records, and provide more music for children’s television shows, citing an interest to gear some of the band’s music toward children a few years younger than its current target audience.
“Any way we can get the music out there,” Weinkauf said. “If kids are applying themselves and learning [from the music], it’s a great feeling.”
The Red Pants Band is scheduled to perform two shows per date on July 12 and August 16. The first show on both days is scheduled for 11:30 a.m., while the second is slated for 2 p.m., at the Long Island Children’s Museum, 11 Davis Avenue, Garden City.
To learn more about the Red Pants Band visit www.dannyweinkauf.com/
To purchase tickets for the Red Pants Band shows at the LICM go to www.licm.org/calendar/event/theater-danny-weinkauf-and-red-pants-band-7-12-18/
Report an inappropriate comment