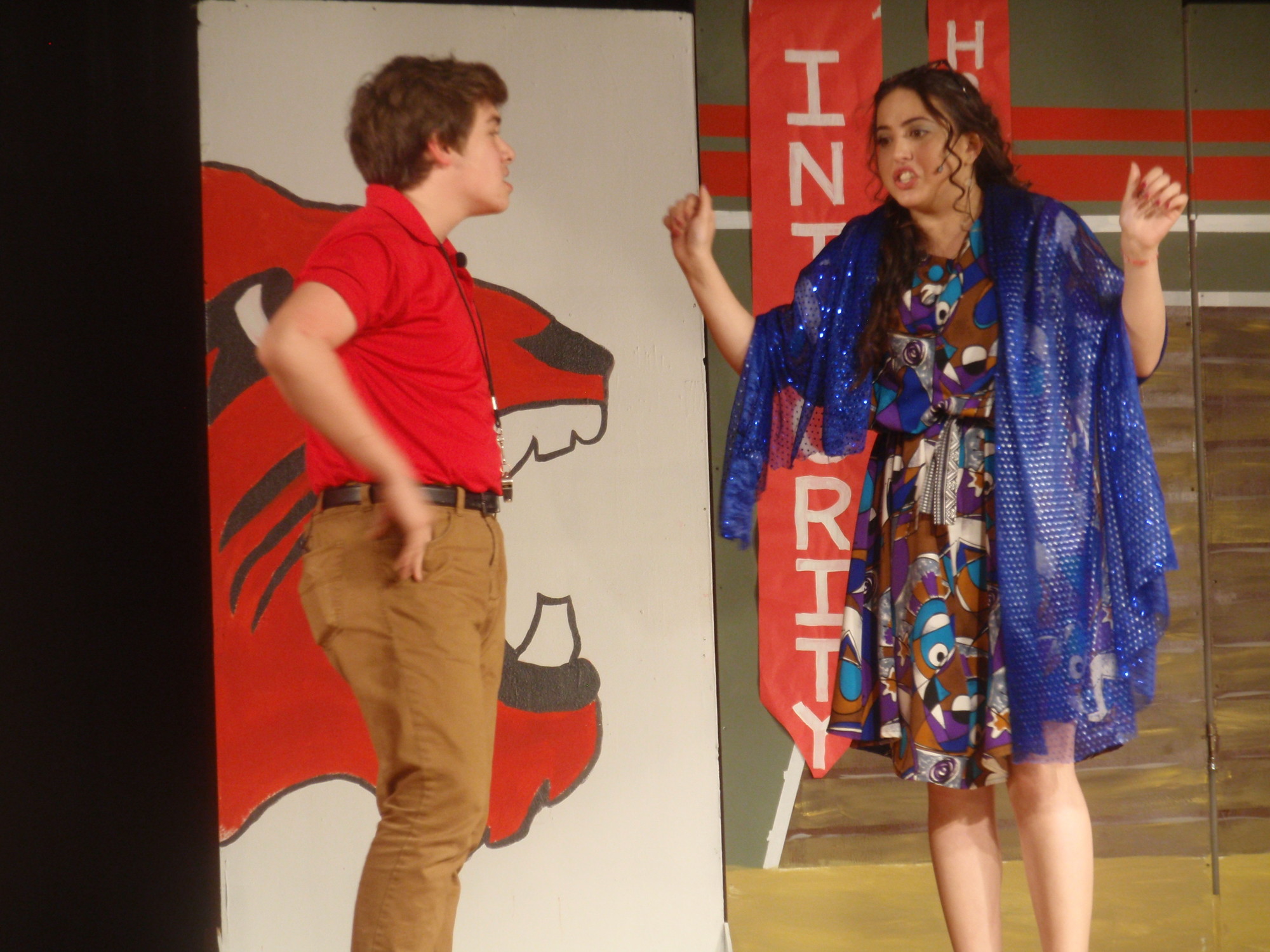 In the finale of the hit Disney movie High School Musical, students belonging to every social strata unite in the upbeat number “We’re All in This Together.” It’s an appropriate capper to the feel-good stage version as well, particularly when students collaborate with one another as successfully as they did at North High School’s production on April 15 and 16.

Vasilli Boletsis is the tenth-grader who portrayed Coach Bolton, to many laughs. “I love acting and I’m very passionate about it,” he said. “Drama Club is the place where I get to hang out with people I like, and at the same time I get to share my passion with them. I enjoy it a lot.”

For some members, the club’s closeness has allowed them to overcome stage fright and improve their public speaking skills. Megan Trentacosta, a senior who decided on a whim to audition for the show, landed the lead role of Gabriella, a shy transfer student that falls in love with basketball star Troy Bolton. “I’ve made so many new friends, and I’ve definitely broken my stage fright on stage,” she said. “I became a lot more confident, and I can definitely go out onstage a lot more easily.”

Crystal Ishmael, an eighth-grader who played the role of a Brainiac, said she learned to be more comfortable around other people, especially those in the upper grades. “I’m usually more to myself when it comes to this stuff,” she said. “Through working on “High School Musical” I learned to expand in that kind of way.” The fact that the movie is a favorite of hers also swayed her decision. “The movie is what actually made me want to act and sing,” she says. “Vanessa Hudgens’s solo in the song, ‘When There Was Me and You,’ when she’s walking down the stairs and singing it…I thought that was amazing.”