Remaining charges to be determined at future court date 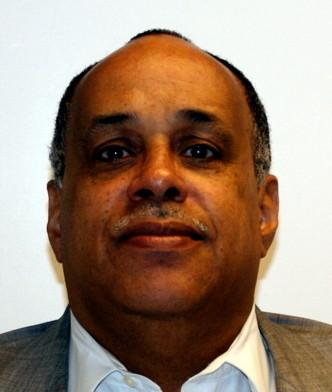 Former Nassau County Legislator Roger Corbin — who was indicted by the Nassau County district attorney’s office in July 2010 on corruption, larceny and bribery charges related to his involvement in the New Cassel Redevelopment Project — was found guilty of bribe receiving and official misconduct.
Herald file photo
By Chris Engelhardt

A jury in the trial of former Nassau County Legislators Roger Corbin and Patrick Williams — who were indicted by the Nassau County district attorney’s office in July 2010 on corruption, larceny and bribery charges for their alleged involvement in multiple bid-rigging and bribery schemes relating to the New Cassel Redevelopment Project — issued a partial verdict last week. It found Corbin guilty of bribe receiving and official misconduct on July 17.

Corbin was found not guilty of first-degree falsifying of business records, defrauding the government and another count of official misconduct, according to the D.A.’s office. Nassau County Supreme Court Justice Alan Honorof is hearing the trial.

The charges against Corbin and Williams grew out of a three-year investigation by District Attorney Kathleen Rice, who alleged that the legislators took part in a scheme to direct the multi-million-dollar New Cassel Project to developer Ranjan Batheja, of Stoneridge Homes, in exchange for $400,000 in bribes.

Corbin, 65, represented parts of Lakeview and West Hempstead until he was ousted in 2009 from the 2nd Legislative District seat, which he had held since the Legislature’s inception in 1995. A month before Rice brought charges against him, Corbin was sentenced to 18 months in federal prison for tax evasion.

Williams, 64, formerly held the 1st Legislative District seat, which includes parts of Baldwin. He resigned in 2002, in the middle of his second term, after pleading guilty to federal charges related to fraudulent mortgage applications he handled in his career as a banker. According to published reports, Williams was fined and spent several months in home detention. Shortly after his resignation, he was appointed by the county to serve as the director of human resources for Nassau OTB.