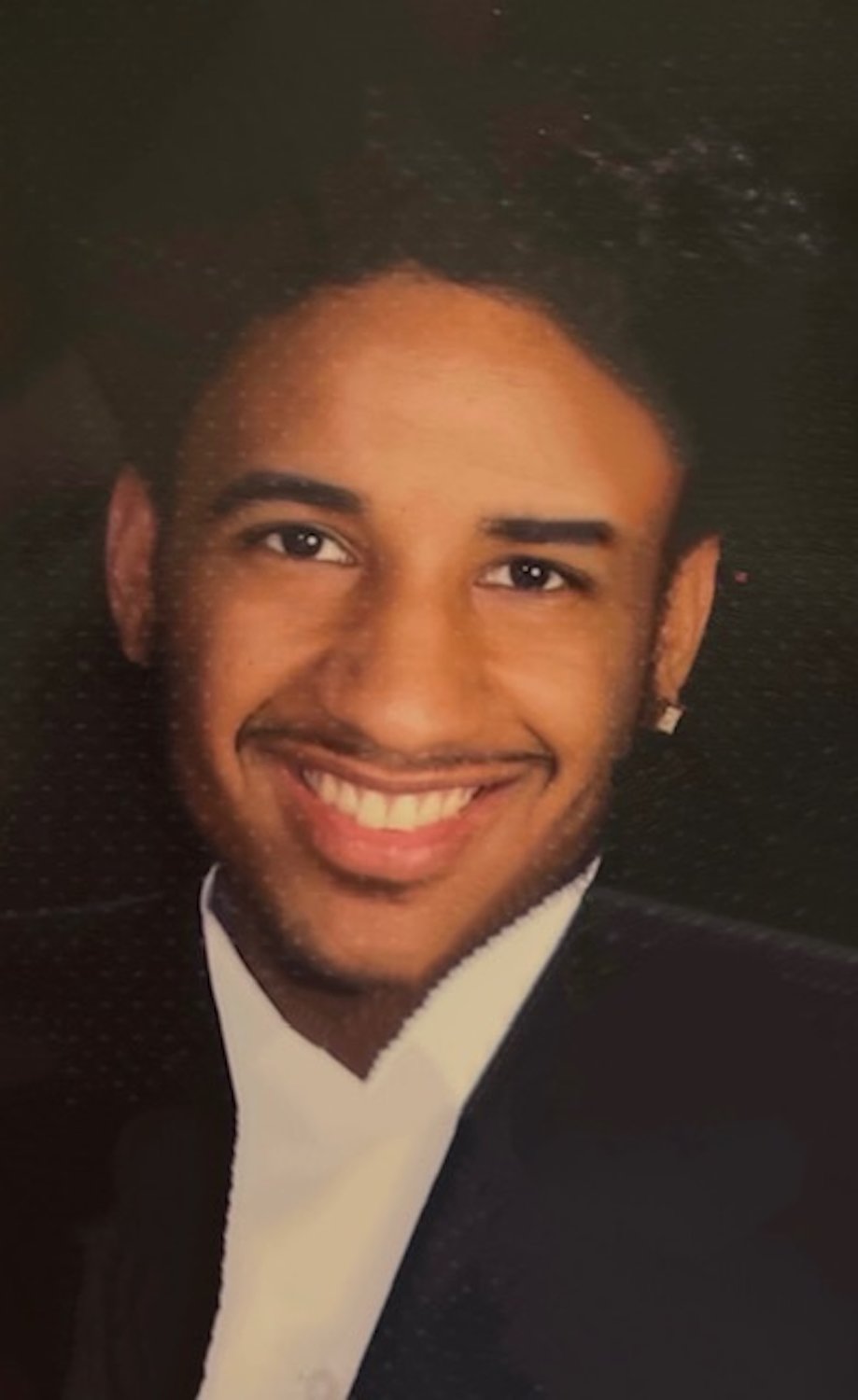 Rafael DeLossantos, 23, was laid to rest on Oct. 29 in Freeport, surrounded by his family, friends, and acquaintances whose lives he touched throughout his childhood and early adulthood on Long Island.
Courtesy Claudia DeLossantos

He was a a kind human being, who came from a good, loving family.”
Claudia DeLossantos, mother
By Cristina Arroyo Rodriguez

Rafael DeLossantos, 23, was laid to rest on Oct. 29 in Freeport, surrounded by his family, friends, and acquaintances whose lives he touched throughout his childhood and early adulthood on Long Island.

DeLossantos was born on Nov. 30, 1997 in Winthrop University Hospital in Mineola to mother Claudia DeLossantos, 49, and father Juan DeLossantos, 54. Claudia and Juan are both immigrants—in 1989 Claudia moved at 17 from Guatemala and Juan, at 16 from the Dominican Republic. However, DeLossantos grew up in North Baldwin, as this was the first place his parents resided when they came to the U.S.

DeLossantos attended Plaza Elementary School, Baldwin Middle School, Baldwin High School and two years of Nassau Community College. Claudia remembers him as an energetic, even hyper child, who didn’t grow out of it. While he wasn’t passionate about coursework, though boasting higher than average grades, he loved math.

The reason DeLossantos had such a penchant for math, Claudia surmised, “It’s a combination of my husband being a businessman and him wanting to be like my husband when he was older.” Juan is a businessman who’s owned various laundromats, including one that he sold later on in Baldwin, and one that he currently runs in Freeport.

Claudia remembers when he was as young as four-years old, he would watch the cartoon SpongeBob SquarePants and liken his dad to Mr. Krabs, a crab who owned the restaurant Krusty Krab.

DeLossantos was also an all-around star athlete. He played baseball for the Baldwin Little League and football as a running back with the Baldwin Bombers, which he took to their first championship against Massapequa, as well as with Nassau Community College. He also practiced boxing and wrestling.

DeLossantos and his family would frequent the Dominican Republic, his father’s homeland, and when he was about 12-years-old, he had the opportunity to put his wrestling training to good use. Claudia told the Herald how he came to his cousin’s aid when a teenager tried to kiss and harass him.

“I had to save him!” he told his mom after she scolded him for putting the girl, about three years older than him, who tried to assault his cousin in a headlock. “He always saved us,” is what his cousins would repeat throughout DeLossantos lifetime.

His neighbor and friend, Jeffrey Dominguez, grew up with DeLossantos and they shared similar boyhood adventures. When they were around seven or eight years old, they ran away from the house while DeLossantos’ grandfather was babysitting. His family looked for them for like what seemed hours, only to find them hiding under a pile of leaves in front of the house.

Gabriella Foster, 31, his cousin, remembers “Raffy” as positive and always smiling. She also recalled his discipline toward health and well-being. When she asked about how he got in such good shape recently, he told her, “Little by little, trust the process.”

Likewise, DeLossantos’ aunt, Nora Villeda, 58, told the Herald, “He was always such a humble, sweet and respectful person.” And when she would compliment how handsome he was, he’d respond with, “Auntie, you’re very pretty too.”

Besides being a superhero to his family, music was another of DeLossantos passions. He built a studio in the basement of his father’s laundromat, where he would record his own rap music, inspired by Post Malone and Brooklyn’s Pop Smoke, as well as engage in political commentary during the Trump years.

After his two years in NCC, he moved towards spending even more time in his father’s laundromat. DeLossantos and his parents had naturally and willingly come to the mutual agreement that he would take over his father’s business.

Claudia and Juan had planned to retire in 2020 and move to the Dominican Republic, where they own some rental properties. DeLossantos would then have been left entirely in charge of managing his father’s business in Freeport, where he had started working at 14 years old.

His parents had also discussed the future and well-being of his younger brother Daniel, 23, who is non-verbal autistic, when they got older or weren’t around to be able to care for him. “Don’t worry about it, Ma—I got you,” DeLossantos would constantly reassure his mother.

His family members all agreed that DeLossantos was the peacemaker, never entertaining any drama, like an “older soul.” “He was a a kind human being, who came from a good, loving family--he taught us lessons on life to make us better people,” Claudia said.

DeLossantos died as a victim of gun violence on Oct. 25. The perpetrators have been identified, arrested and arraigned on Dec. 11-- Both men are charged with first-degree robbery and second-degree murder.

His family above all wants both “divine and earthly justice.” Claudia, who is well-versed in the legal system as a correctional officer in Mineola, asks of the community to raise their voice, and show their presence in court proceedings, so that DeLossantos, whose name itself means “of the Saints” in Spanish, can finally get justice.