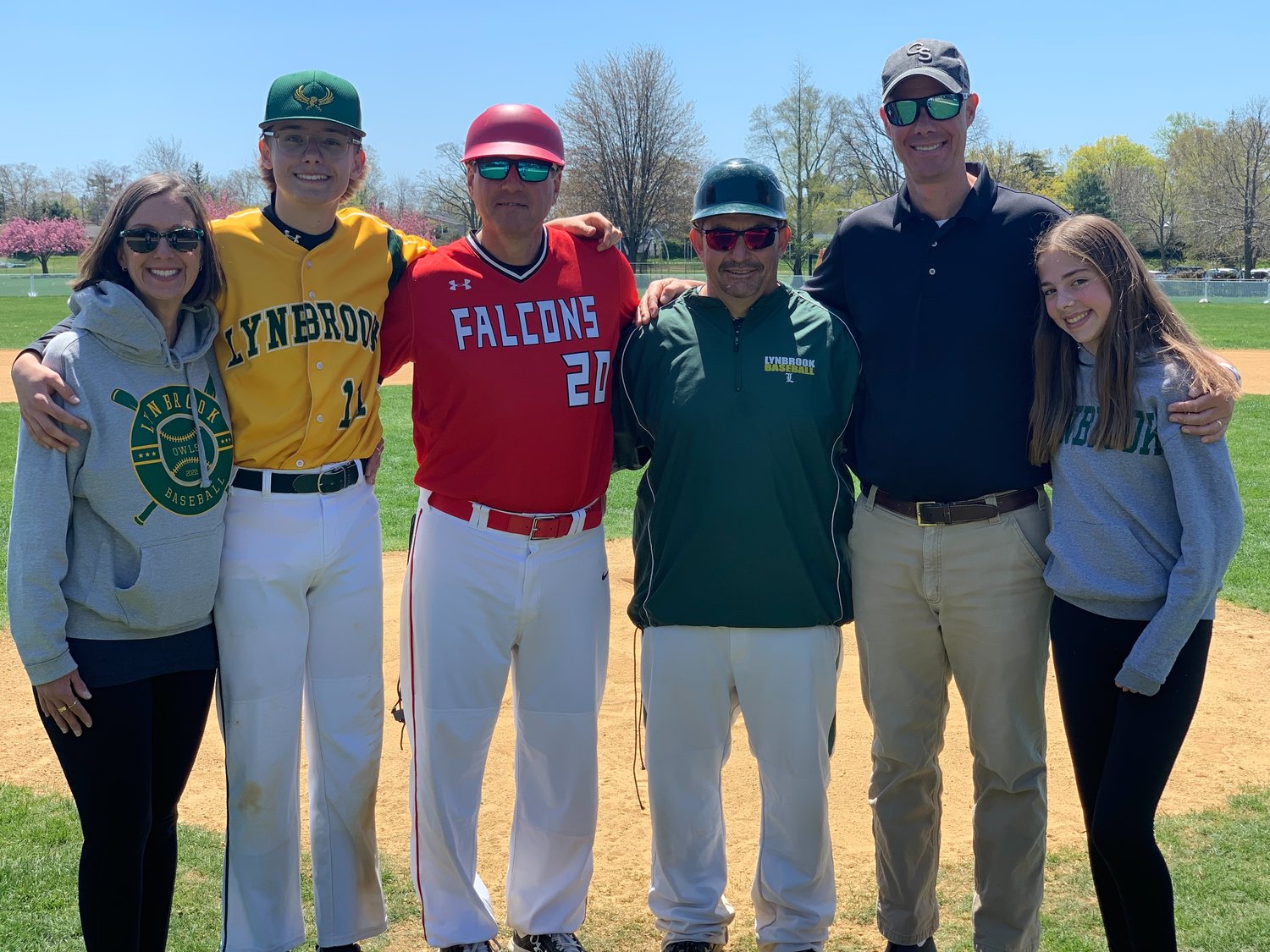 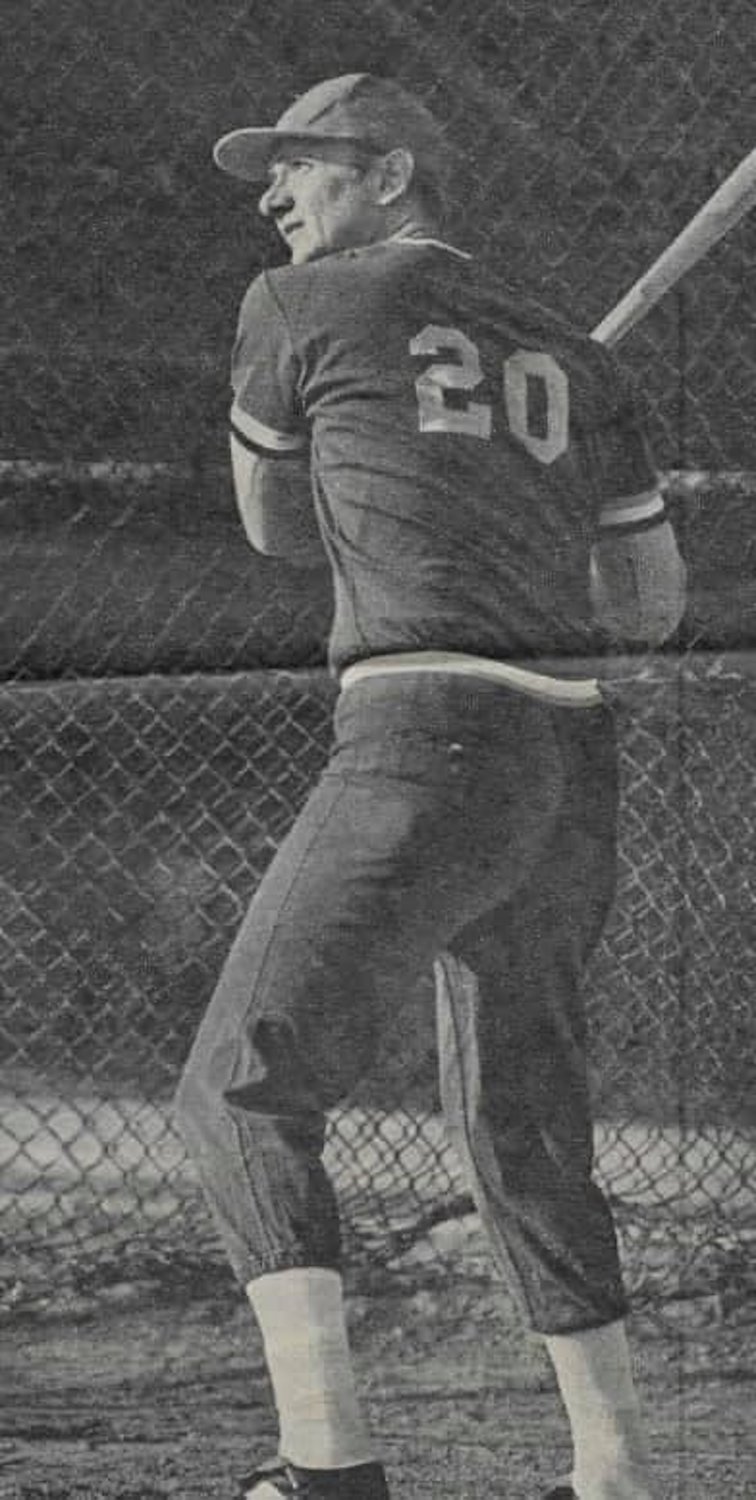 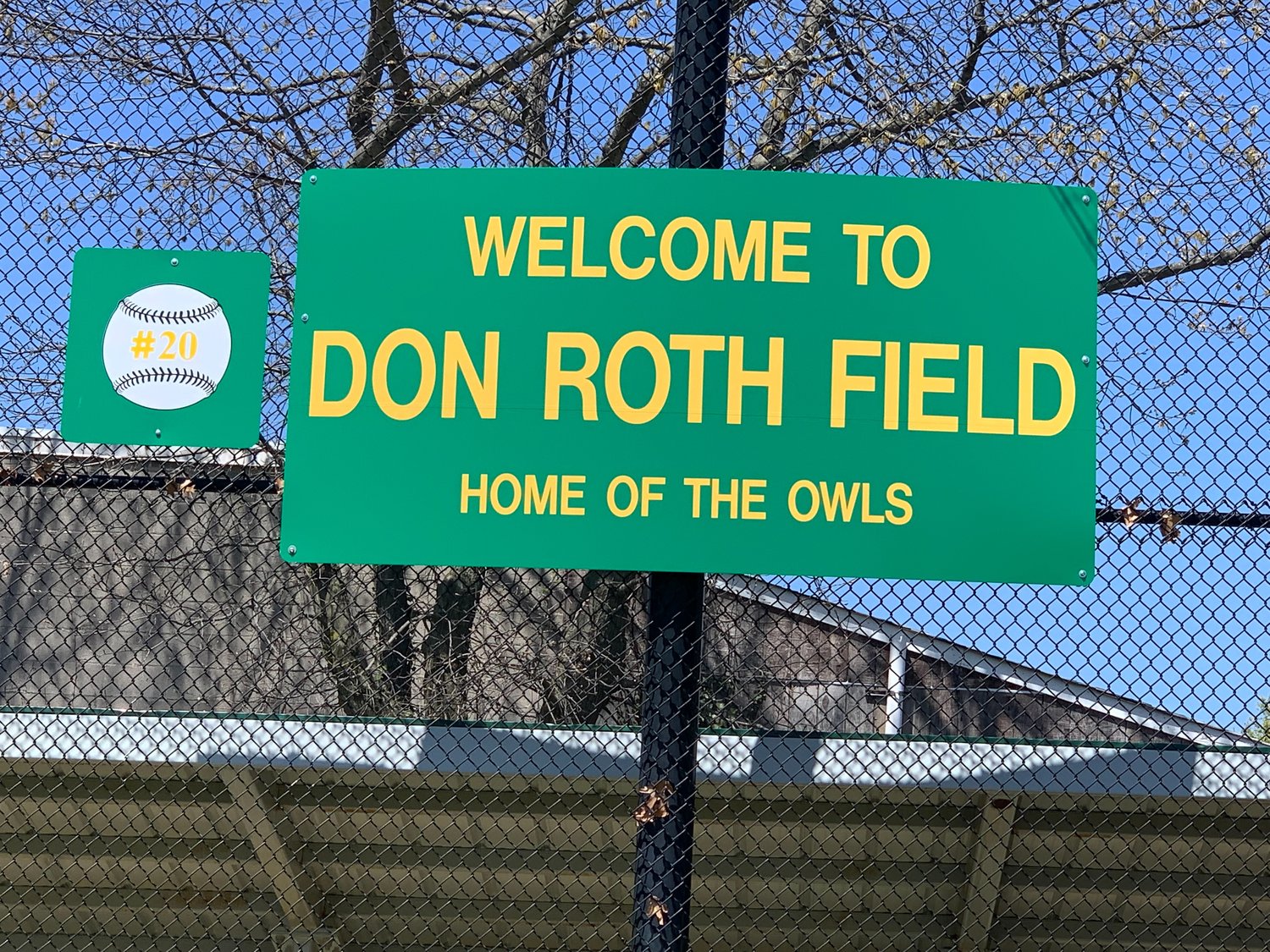 Legendary Lynbrook baseball coach Don Roth transformed his love for the sport into a lasting legacy in the village. That legacy was enhanced Saturday, when Lynbrook South Middle School’s baseball field was posthumously dedicated in Roth’s honor, and now bears his name.

Roth was a Lynbrook High School pitcher who went on to become a teacher at LHS, and then served as varsity baseball coach for 27 years. He died of cancer on Feb. 28, 2021, at age 80. After his death, several community members shared stories about and memories of him with his family, many affectionately referring to him as “Coach Roth” or “Coachie.” Messages came from those he coached, others who had been in his  health or driver’s education classes at Lynbrook High, and others who were friends or acquaintances.

At the time of Roth’s death, his family was unable to hold a memorial ceremony because of the coronavirus pandemic. A celebration was held late last month. At the field dedication on April 30, LHS varsity baseball coach Al Marrazzo and Roth’s longtime friend Rich Hess, the varsity coach at Valley Stream South High School, spoke about Roth’s dedication and legacy, and shared stories about him. Attendees at the event included Roth’s son, Tim, and daughter, Jane Sloan, as well as Roth’s grandchildren, Parker and Lily Sloan and Kelsey Roth, who each threw out a “first” pitch. Following in their late grandfather’s footsteps, Parker, Lily and Kelsey all play the sport he loved in their respective grades.

After the event, Hess said it meant a great deal to honor his friend.

“I’ve been friends with Don Roth since 1989,” he said. “Don was a lifelong mentor to not only me, but the many Owl baseball guys that played for him.”

Marrazzo said it was an honor and privilege to dedicate the field to Roth.

“He was a man who gave so much to the program, the high school and the Lynbrook community,” he said. “Coach Roth’s name is synonymous with the name Lynbrook and we are fortunate enough to have a little piece of it right here at our field. It was an honor to work for him as well as alongside him.”

Roth was born on March 7, 1940, to Dorothea Knoop and Henry Roth, and was their second son after his brother Robert. He grew up on Whittier Street in Lynbrook, attended public schools in the village and developed an affinity for baseball at a young age. He grew up a Brooklyn Dodgers fan and idolized Gil Hodges. After the Dodgers moved to Los Angeles, Roth eventually adopted the Mets as his favorite team. After growing up embroiled in the Dodgers-Yankees rivalry, Roth developed a strong dislike for the pinstriped team from the Bronx.

Roth graduated from LHS in 1958 after a successful high school baseball career. He went on to pitch at Wake Forest University on a baseball scholarship, where he won the ACC championship in 1962. He earned his bachelor’s degree in education there, and in the decades following, Tim said, his father often donned school apparel out of pride for his alma mater. He went on to earn his master’s from the University of North Carolina at Chapel Hill, where he also served as the varsity baseball coach for the Tar Heel’s freshman team in 1964.

After college, Roth enlisted in the U.S. Army, where he became a lieutenant and served in Korea. While there, he coached the 7th Infantry’s baseball team, leading the squad to the 8th Army Command baseball championship in 1965 and ’66, and he was named Coach of the Year by the Stars and Stripes newspaper both seasons.

After returning to the U.S., Roth accepted a position to teach health and driver’s ed. at LHS. He went on to coach the Owls varsity baseball team for nearly three decades, amassing more than 300 victories.

During his time coaching the Owls, Roth planned yearly trips to various Major League Baseball stadiums for his players. Jane and Tim also got into the sport. After her father’s death, Jane fondly recalled spending many days in her youth on the diamond on Marion Street, chasing groundballs and keeping the statistics book for the Owls.

Tim was a star baseball player at LHS and earned the Diamond Award as the top player in Nassau County in 1990 while playing for his father.

“On behalf of the family, I would like to thank Lynbrook coach Al and Richie for all of their efforts in arranging this wonderful and meaningful event,” Tim said. “Both Al and Richie were close friends of my father and meant a lot to him. We are thankful that Coach Roth’s legacy and love of baseball will be remembered forever in Lynbrook.”