Returning to art, through a camera lens 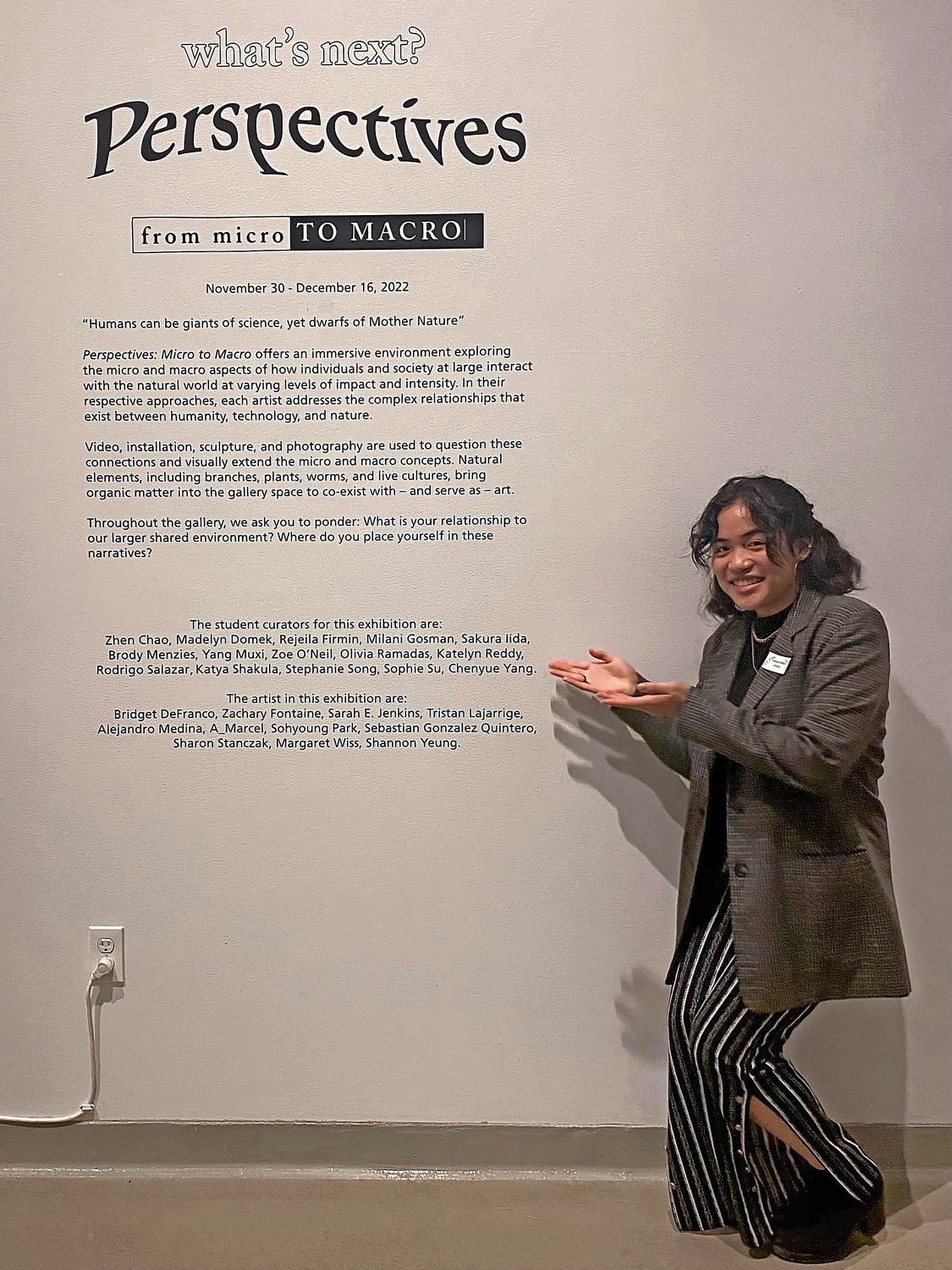 Katelyn Reddy standing by the beginning of the art exhibit that she helped curate.
Courtesy Katelyn Reddy 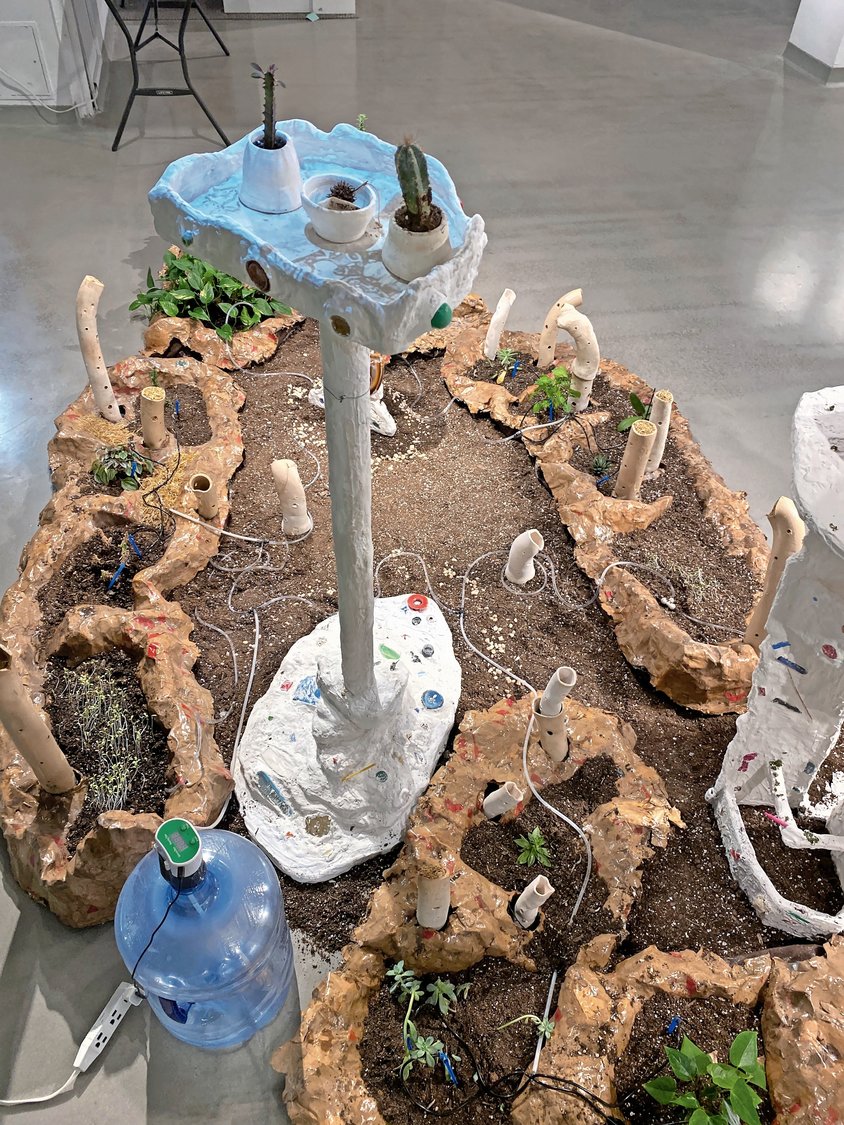 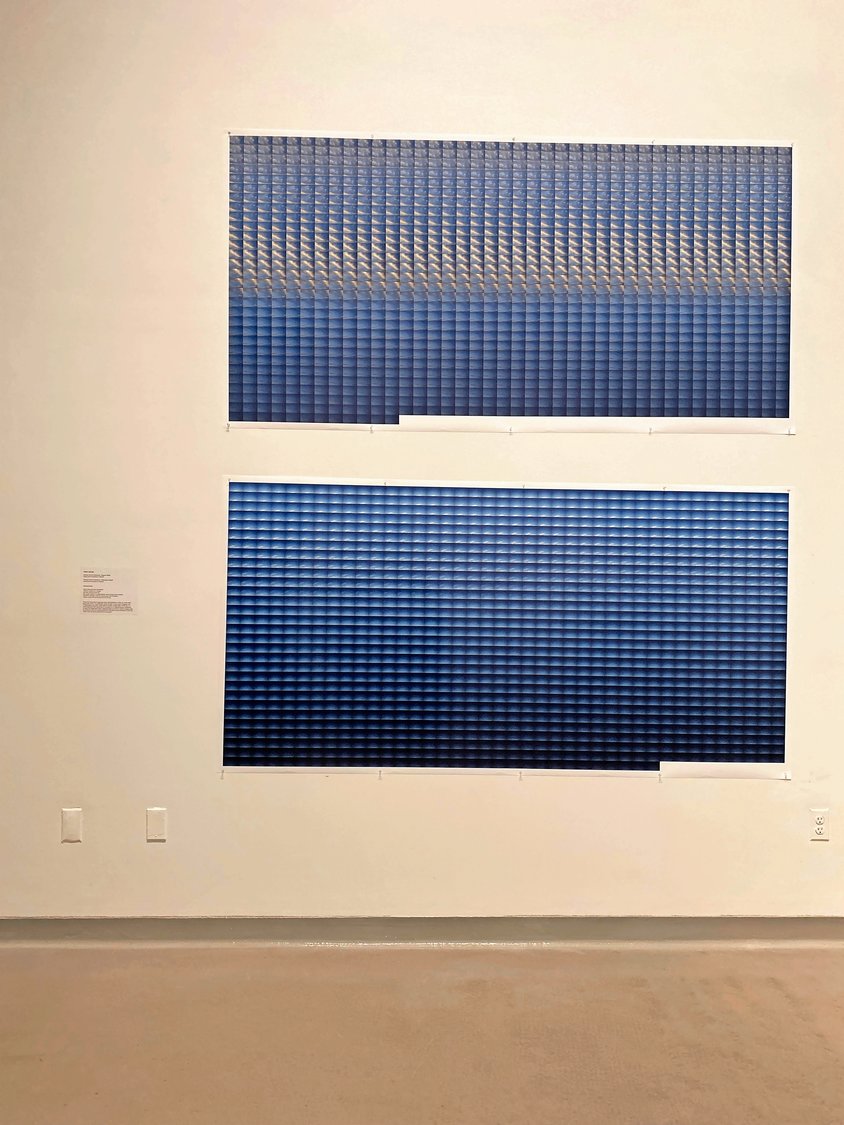 Some of the art pieces displayed at the exhibit.
Courtesy Katelyn Reddy 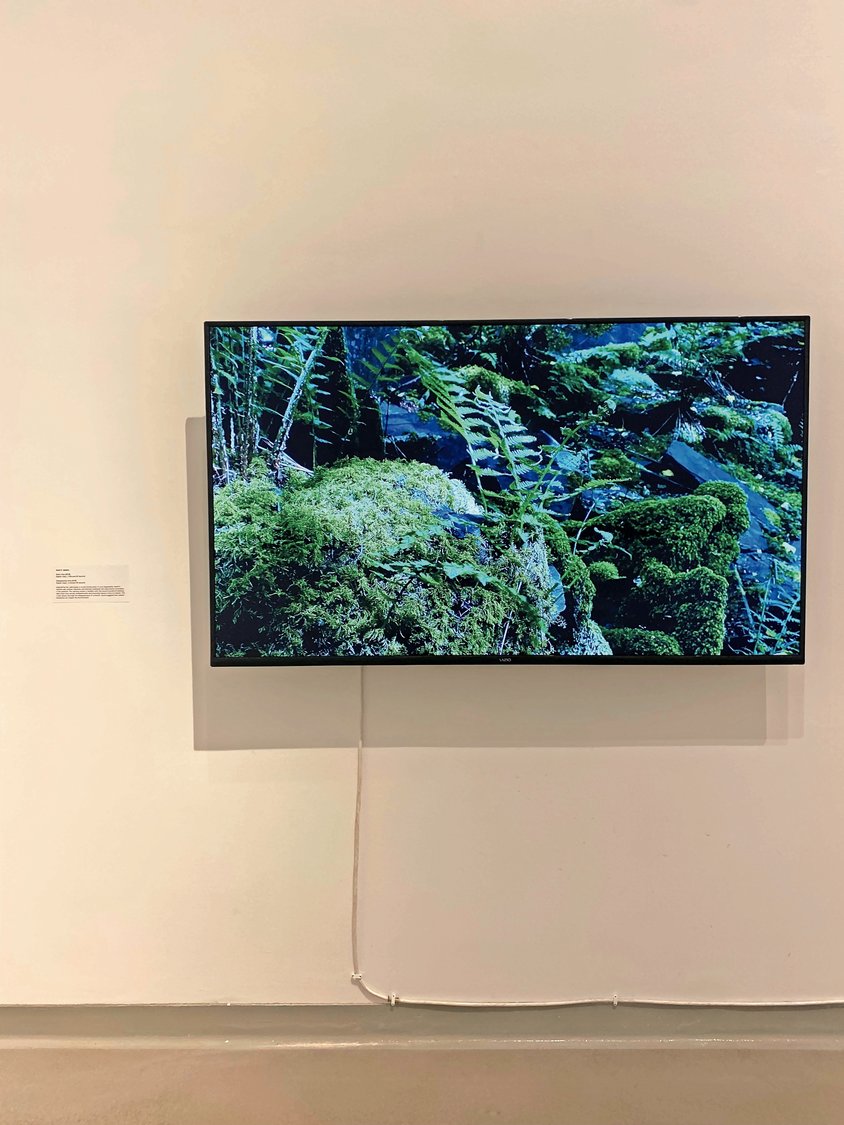 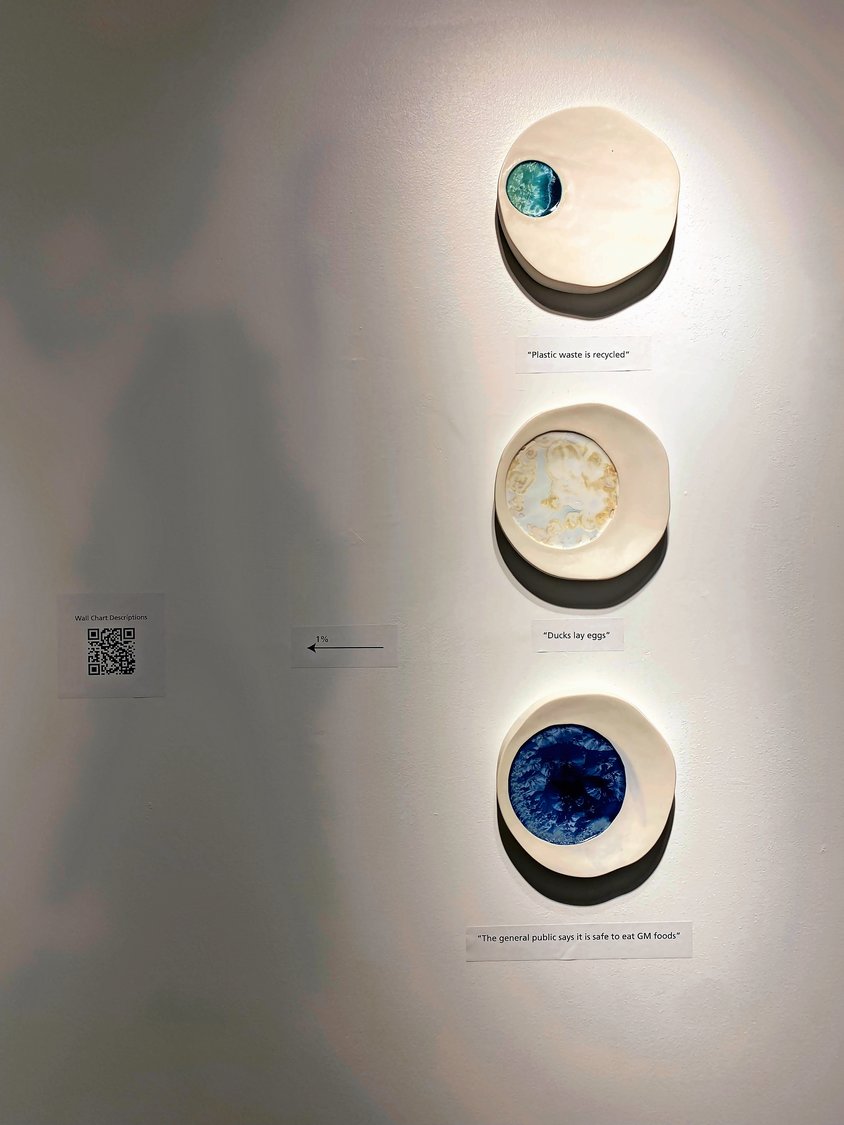 The exhibit, which was located at 25 Avery St. in Boston from Nov. 30 to Dec. 19., showcased art by different mediums, including photography, scripture, digital video, and animation. The exhibit was part of the college course, “Curating Contemporary Art.” Reddy along with 15 other undergraduate students were in charge of the entire exhibit.

“We were responsible for all aspects of the exhibition including loan agreements, exhibition design, educational materials, a website, social media, and press materials,” Reddy said. According to Reddy, “the exhibit challenges audiences to reconstruct the way we live with nature, through interactions, self-reflection, and observation.”

The class had a total of two months to prepare for this exhibit. “We brainstormed some general thematic ideas and once we received all of the submissions, we organized them under shared thematic elements,” Reddy said. The theme for the exhibit was voted in November where the class decided on “Human v. Nature.”

“While I helped in picking out the artists/artwork and theme, I was closely involved with the design group,” Reddy said. “We focused on the overall appearance of the exhibit and other visual elements like the print design for the brochures, graphic design for the assets used in social media and our title logo, and any vinyl decorations used throughout the gallery space of the exhibit.”

Reddy believes that the quote by her peer, Chenyue Yang, encapsulates the theme. The quote is, “Humans can be giants of science, yet dwarfs of Mother Nature.” The creativity of this exhibit is what stood out to Reddy the most and drew her to participating in this project.

“I really especially loved our art exhibition because it was like a celebration of the natural world through creatives who truly appreciate life,” Reddy said. “We had diverse art, artists, and curators working on this.” Such artists included intersectional identities, different major, studies, varying backgrounds, and experiences.

Despite the success of the exhibit, Reddy and her classmates experienced some challenges along the way. “It was a bit stressful to get this completed, but also so exciting and rewarding,” Reddy said. “We had the first half of the semester to learn about curating and then the second-half to curate the exhibition. I can’t speak for everyone, but personally I wish we had more time.”

For Reddy, participating in the exhibit brought her great amounts of joy. “I’ve been creating art all my life and didn’t understand what art curation was until Fall 2022 when I took my college class,” she said. “The last interaction I had with art was in East Rockaway High School when I took AP Art and had to create two portfolios of artwork.”

After enrolling in Emerson, Reddy’s main focus has been on filmmaking so she was happy to get involved in art again. “In 2022 I’ve helped create 10 short films and 2 music videos so I’ve really been missing out on drawing and painting and just the arts in general,” Reddy said. “Although I didn’t create any art of my own, being surrounded by art and getting involved in the art world again felt so comforting.”