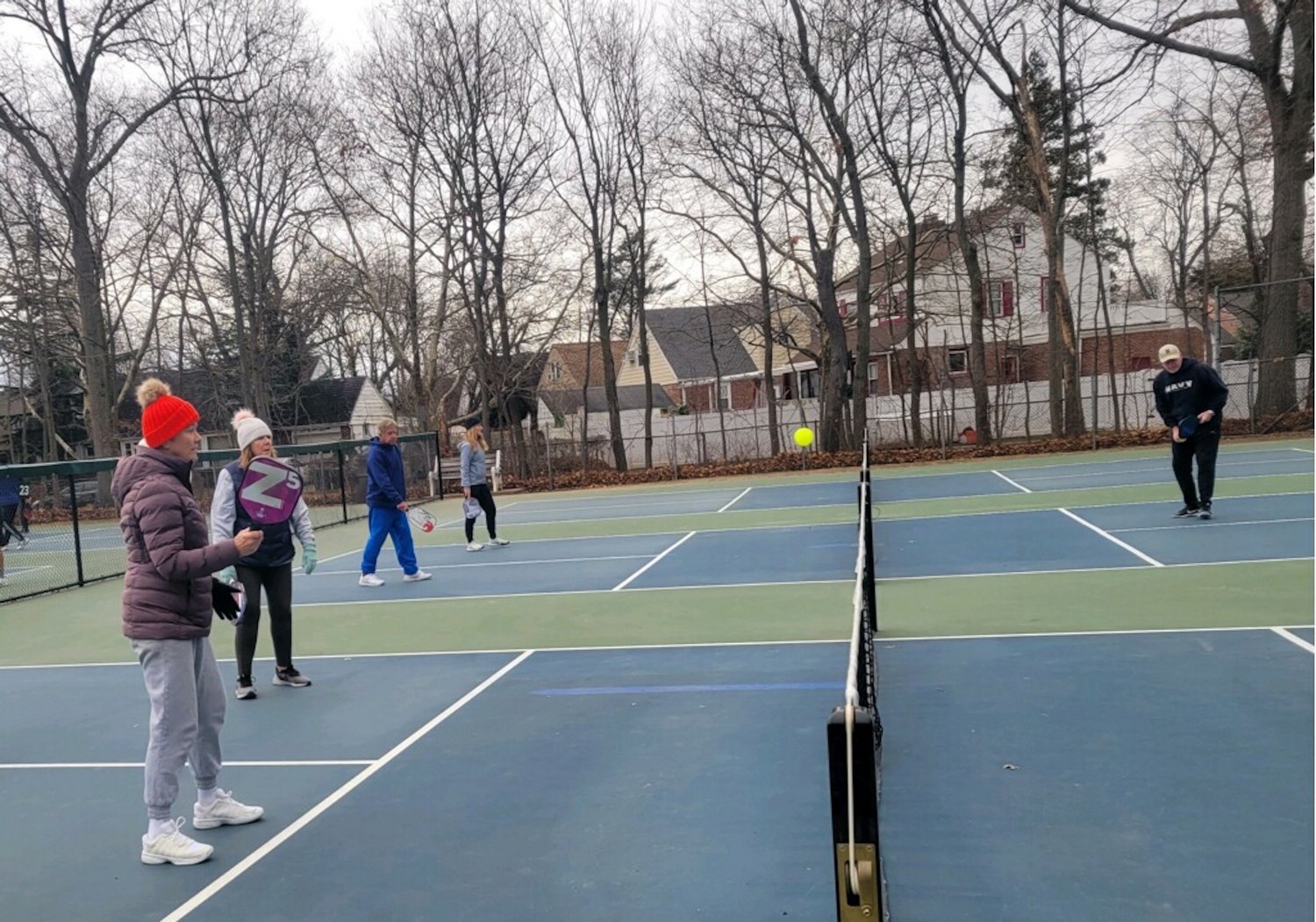 “We play every day that the weather does not stop us from playing,” he said. “It has to either be actively raining, too cold, too windy or there has to be snow on the ground. We only missed four days this winter.”

DeBono said he started playing last March and fell in love with pickleball, which is a racket/paddle sport that combines elements of tennis, badminton and table tennis. Once he started playing more frequently, DeBono said, he got to know a few different groups of seniors who compete at the park. He then began organizing a group of 80 seniors to play daily games there from 8 a.m. to noon on some of the six courts at the facility, dividing them into specific days and timeslots. He said he was nervous, however, when he heard that Sportime Lynbrook would be taking over the operations of the pickleball and tennis courts from the state’s Parks Department.

“It’s difficult enough to get enough courts and enough court time without someone coming in here and saying we’re going to change the whole way you guys have worked out arrangements,” DeBono said. “They didn’t even talk to us or put up any notices.”

But Jeff Crown, the managing director of Sportime, said that his intention was not to negatively impact those who use the courts, and that he aimed to make them better. He said the Parks Department did not want to run them anymore, and his company responded to a request for proposals and was selected to take over the operations. While many of the specifics are not finalized, Crown added, the company aimed to take over starting April 15.

“We’re excited about the opportunity to make it better,” Crown said. “The Parks Department has encouraged us to make it more of a place where people might hang out after they play. We’re going to be redoing the restrooms and plan to put a canopy and a table and chairs outside.”

DeBono said he and his group had several concerns, including the cost to book courts, the availability of courts and the potential for current Sportime members to get preferential treatment upon booking. Crown said there would likely be a slight increase (the current rate to book a pickleball court at the park is $6 and it’s free in the colder months, but Crown’s early estimates would see it bumped to $10), booking will likely be made available online via phones and computers, as well as in-person walk-ups, and that Sportime clients will not get any special treatment. While those who take lessons at Sportime may also train at Hempstead Lake State Park, Crown said, the plan is to arrange it so that there are always open courts available for outside bookings.

DeBono said after first learning to play the sport last March, he quickly grew fond of it. He started playing with five to 10 others, and then got to know more and more people, and now dozens of them come down to play every day. Even snow and rain doesn’t typically derail the enthusiastic group, he added, noting that they often shovel and squeegee the courts.

To help keep the courts from being privatized, DeBono also wrote to several elected officials. State Sen. Todd Kaminsky, a Democrat from Long Beach, wrote a letter to Erik Kulleseid, the commissioner at the state’s Office of Parks, Recreation and Historic Preservation, noting that pickleball courts offer an important recreational outlet for residents and that the park was a “staple of Nassau County.”

“I request that your agency reverse course and decline to hand over management to a for-profit company,” he wrote, “as this will hinder residents’ use and enjoyment of the park. These facilities are state-owned property, and, as such, taxpayers have already contributed to their construction and upkeep.”

Crown said that while not every decision was finalized, he was hopeful to keep the park an enjoyable place for all.

“The idea is this is new to us,” he said. “We’re going to try to play it a little bit by ear and take care of people in the best way possible.”