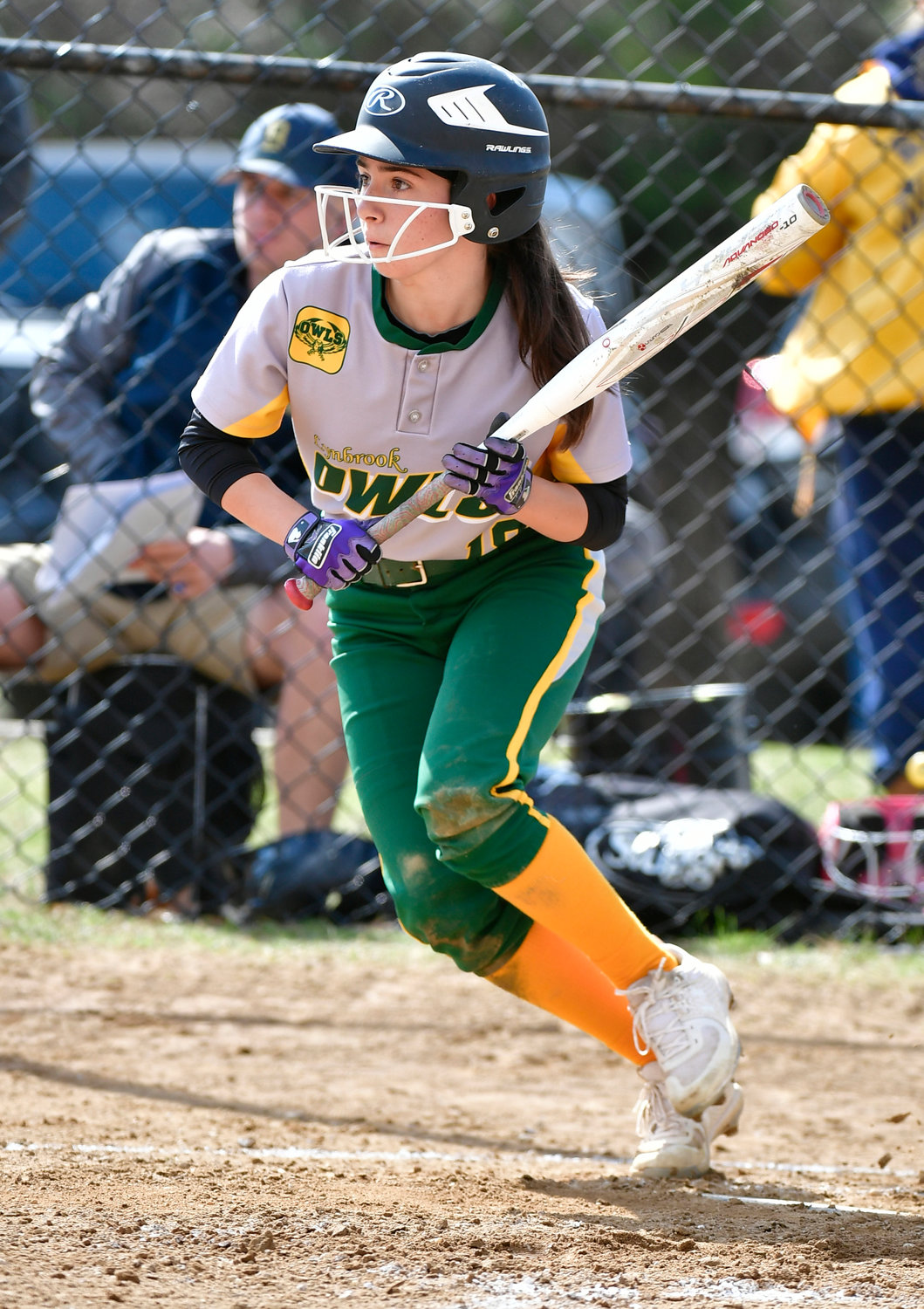 Lynbrook’s youth-filled softball team made sure May began in the same fashion April ended — with back-to-back victories against Conference V rivals.
The Owls are riding a season-best four-game winning streak that included result-flipping performances against both Wheatley and Manhasset —opponents that combined for 29 runs in the first meetings held to just five between them in the rematches.
“This is by far the youngest team I’ve ever coached and it took a little while to figure things out,” Lynbrook 18th-year coach Peter Toscano said. “We’re definitely a better team than our record showed early on.”
Limited to three wins in 14 games last spring, the Owls entered the final week of the regular season with a mark of 9-6, including 7-5 in an extremely competitive Conference V. Toscano cited an ultra-talented freshman class and the improved command of junior pitcher Katie Straub as the biggest reasons for success.
“It’s crazy we have seven freshmen starting,” Toscano said. “They play travel ball and have been well-coached for years. It’s exciting we’re going to have almost the entire team returning next season.”


Lynbrook was under .500 and coming off consecutive defeats when its winning streak began April 27 with a 5-3 decision at Wheatley. Angelina Macchia’s bat led the offense as she drove in three runs to back the complete-game effort of Straub, who struck out four, in the circle. Wheatley scored 17 runs when the teams met three weeks earlier.
Two days later, Bianca LoBosco led the hit parade in an 11-5 win at Garden City. The talented freshman catcher went 3-for-5 at the plate, including a home run, and had three RBIs. Freshman Jess Ferrara, who plays second base and is hitting over .400, added a couple of hits and drove in two runs.
LoBosco and Ferrara kept the power going when the calendar flipped to May as Straub continued to shut down the competition. On May 2, LoBosco crushed a grand slam and Ferrara homered again and drove in three runs to lead a 15-2 victory over Manhasset. Freshmen Jayla Corley and Kelsey Roth chipped in a pair of RBIs apiece as the Owls avenged a 12-8 defeat on April 9 that also saw LoBosco homer.
“Bianca is a line-drive power hitter who’s a fantastic receiver behind the plate,” Toscano said of LoBosco, who was Honorable Mention All-County as an eighth-grader.
LoBosco went yard May 4 as well. Her three-run bomb was part of a four-RBI day as Lynbrook edged Freeport, 12-11. Her sacrifice fly in the bottom of the sixth inning provided the difference. Straub struck out nine and helped her own cause with a homer and three RBIs.
The defense behind Straub has been solid, Toscano said. Sophomore Katie Sharkey anchors the infield at shortstop and is batting .370 from the leadoff spot. Freshman Angelia Macchia starts at third, with Corley at first. Emma Mylan, Kylie Schroeder and Roth form an all-freshman outfield. Junior Candyce Pacheco can play anywhere in the field and brings speed to the lineup.
The regular season concludes for the Owls this week with a makeup home game against first-place Sewanhaka and a visit from Locust Valley. Only the Conference V champion advances to the playoffs.