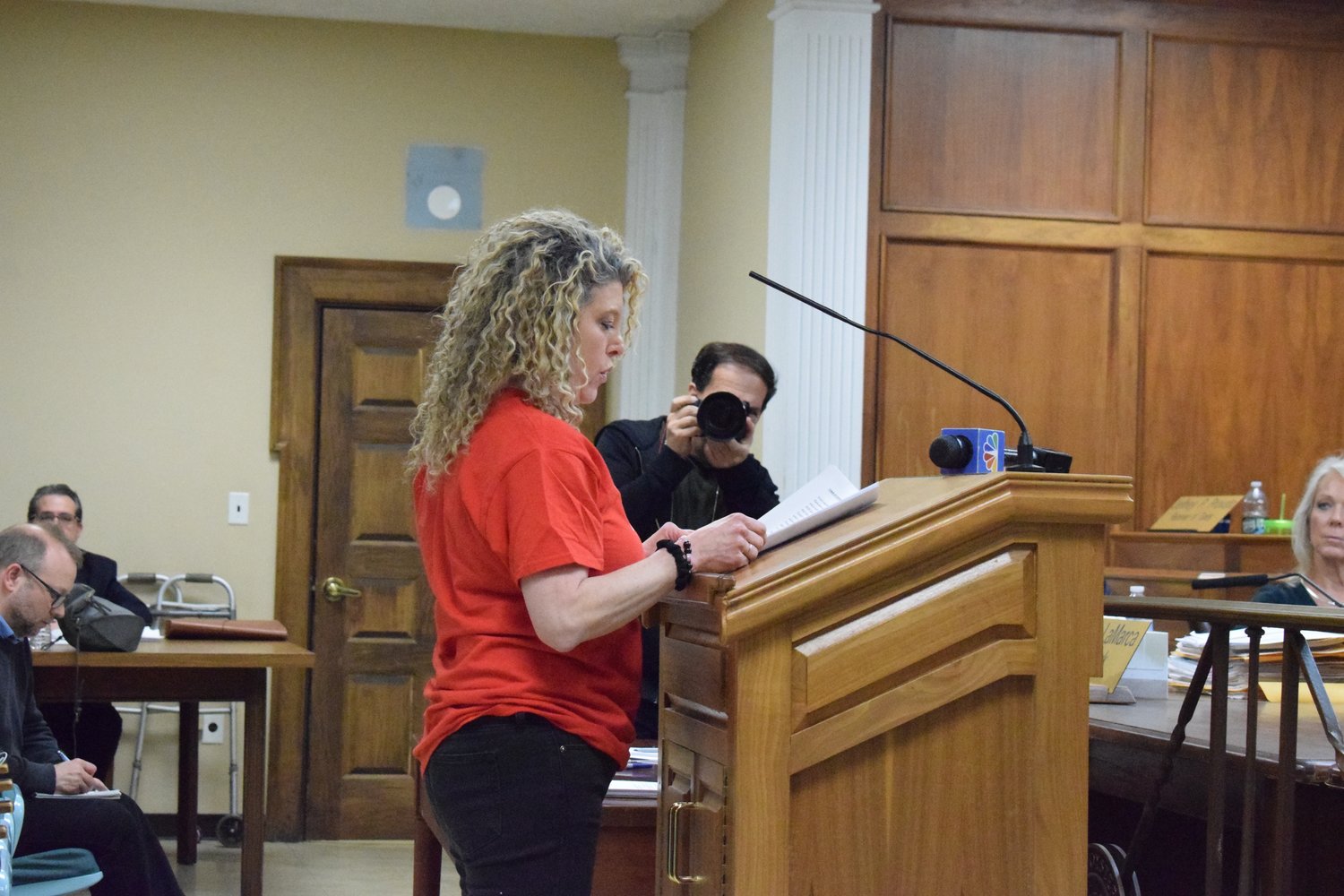 Level 1: Obnoxious or aggressive behavior but no skin-contact by teeth.

Level 2: Skin-contact by teeth but no skin puncture.

Level 3: One to four punctures from a single bite with no puncture deeper than half the length of the dog’s canine teeth.

Level 4: One to four punctures from a single bite with at least one puncture deeper than half the length of the dog’s canine teeth.

The Town of Oyster Bay Board voted unanimously to adopt a policy which would lift a moratorium set on euthanizing “unadoptable” dogs in town animal shelters during its meeting on June 2.

All potentially adoptable dogs are evaluated by professionals, and there are several criteria which the town’s policy states would make a dog unadoptable. A dog with a history of Level 4, 5 or 6 bites, according to Dr. Ian Dunbar’s Dog Bite Scale [see sidebar], cannot be adopted. Additionally, dogs that consistently show aggression toward strangers, specific types of people or children are unadoptable. But dogs that show aggression toward other animals can be adopted on a case-by-case basis.

The policy states that canines that are aggressively possessive of food or other items cannot be adopted. However, when food possession aggressiveness is observed, a dog could be fed separately for two days. If it is observed that there is no further aggression, the dog can be adopted.

If a canine is deemed unadoptable based on the policy’s standards, they can be euthanized. But there are no time limits for dogs that pass behavior evaluation to be adopted and animals cannot be euthanized to clear space in a shelter.

Plainview resident Lori Prisand was one of the key people responsible for putting the moratorium into place earlier this year, having worked with the town to establish what she said she felt could be a more reasonable policy. She was inspired to do so after requesting shelter data under the Freedom of Information Act. That’s when she  discovered that some dogs were killed after only 21 days in the shelter.

Prisand said she had volunteered at Town of Hempstead shelters for years and that those dogs stayed there for over a year.

While not all dogs can be saved, dogs need to be given at least a year in training before euthanasia is considered, she said. The evaluations under the new policy will be conducted to determine if the dog should be euthanized. Instead, Prisand said, evaluations should be used to determine what the dog needs to work on in order to become adoptable, and then have that information used by professionals to train the dog.

Prisand and Kate Cifarelli, the latter of whom has also vocally opposed the lifting of the moratorium, sent emails to be read by the board during the meeting. Cifarelli wrote that the proposed policy would be a step backwards in the progress made by the town.

“The policy does not call for training, socialization, behavior modification or re-evaluations,” Cifarelli said. “Recent evidence shows that a dog at your shelter can go from being ‘unadoptable’ to ‘adoptable’ in a matter of weeks.”

Cifarelli referred to a dog named Mia as an example, who was deemed unadoptable in February. However, Mia’s behavior improved to the point that she was adoptable by the end of March. Cifarelli said Mia’s rehabilitation was made possible by the moratorium on euthanasia, and that the new policy could prevent dogs like Mia from making it out of the shelter.

Each board member silently read over the emails. Then they voted.

“I thought it was disgusting and Supervisor Saladino didn’t even comment on the content of the emails,” Prisand said. “That was our only way to reach the public and they were supposed to have that available.”

Despite attempts to contact the town as to why the board did not read the emails aloud, officials did not respond by press time.

Afterwards, Councilman Steve Labriola suggested the town consider implementing a retraining program in a serene environment for dogs deemed unadoptable. This, he said, is not prohibited by the policy and could help change a dog’s adoptability status. No one responded to his suggestion.

Sea Cliff resident Rachel Malin said the policy is awful. Having volunteered at the North Shore Animal League and several other rescue organizations, she said most dogs can be rehabilitated if given the chance.

Malin said she has adopted many pets in the past, and that adoptions could be even more popular now during the coronavirus pandemic. With so many people forced to stay home, she said pet adoptions are on the rise. Malin said she is hopeful that town shelters will do everything they can to make dogs adoptable before they are euthanized.

“We think that there needs to be a moratorium in place on euthanasia for behavior until fair adjustments can be made to this policy,” Prisand said. “No killing should be taking place based on this policy for behavior.”