Former Businessperson of the Year retires 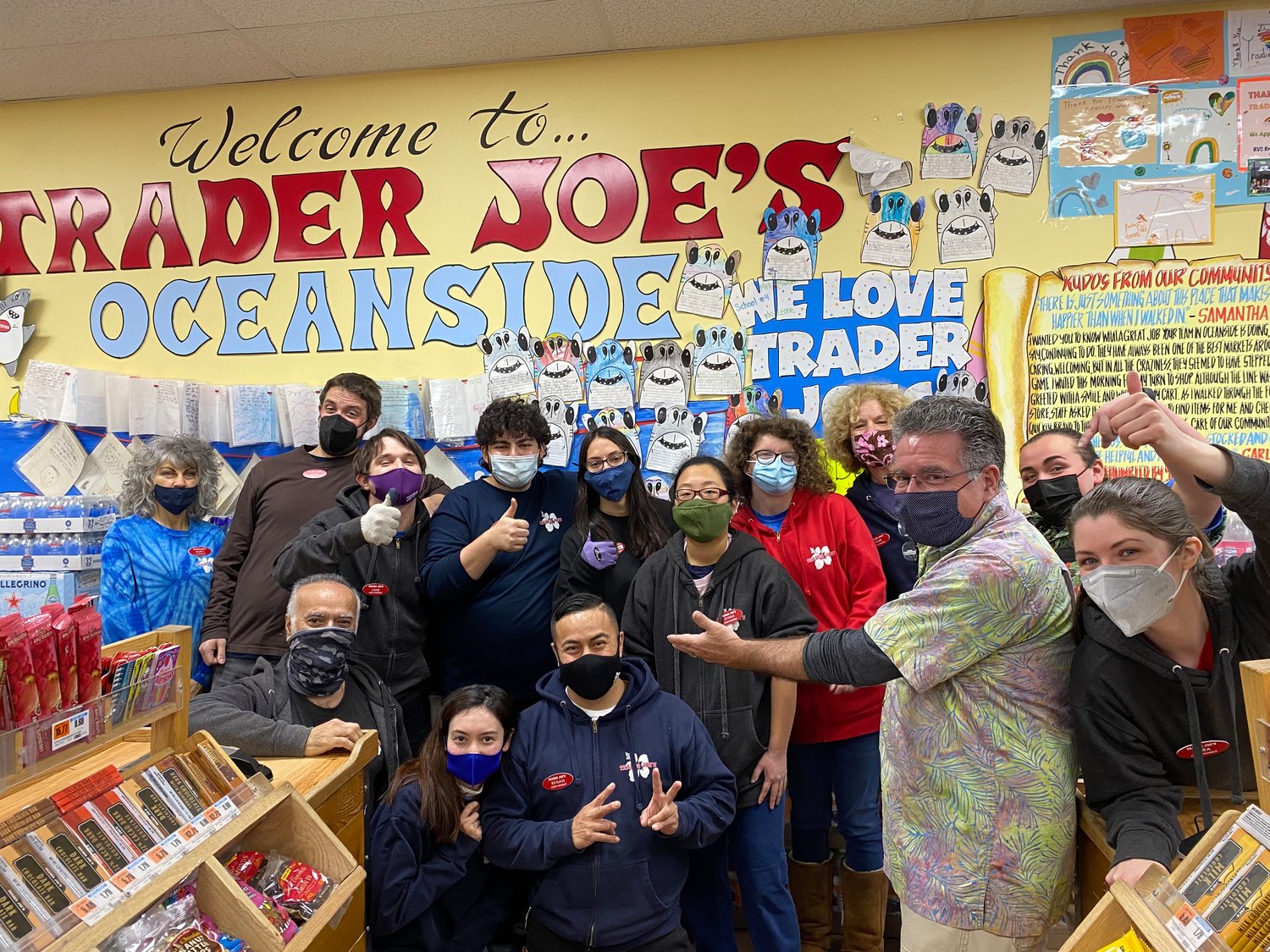 Mauro assembles with his staff one more time before he retired to Florida after work.
Tom Carrozza/Herald 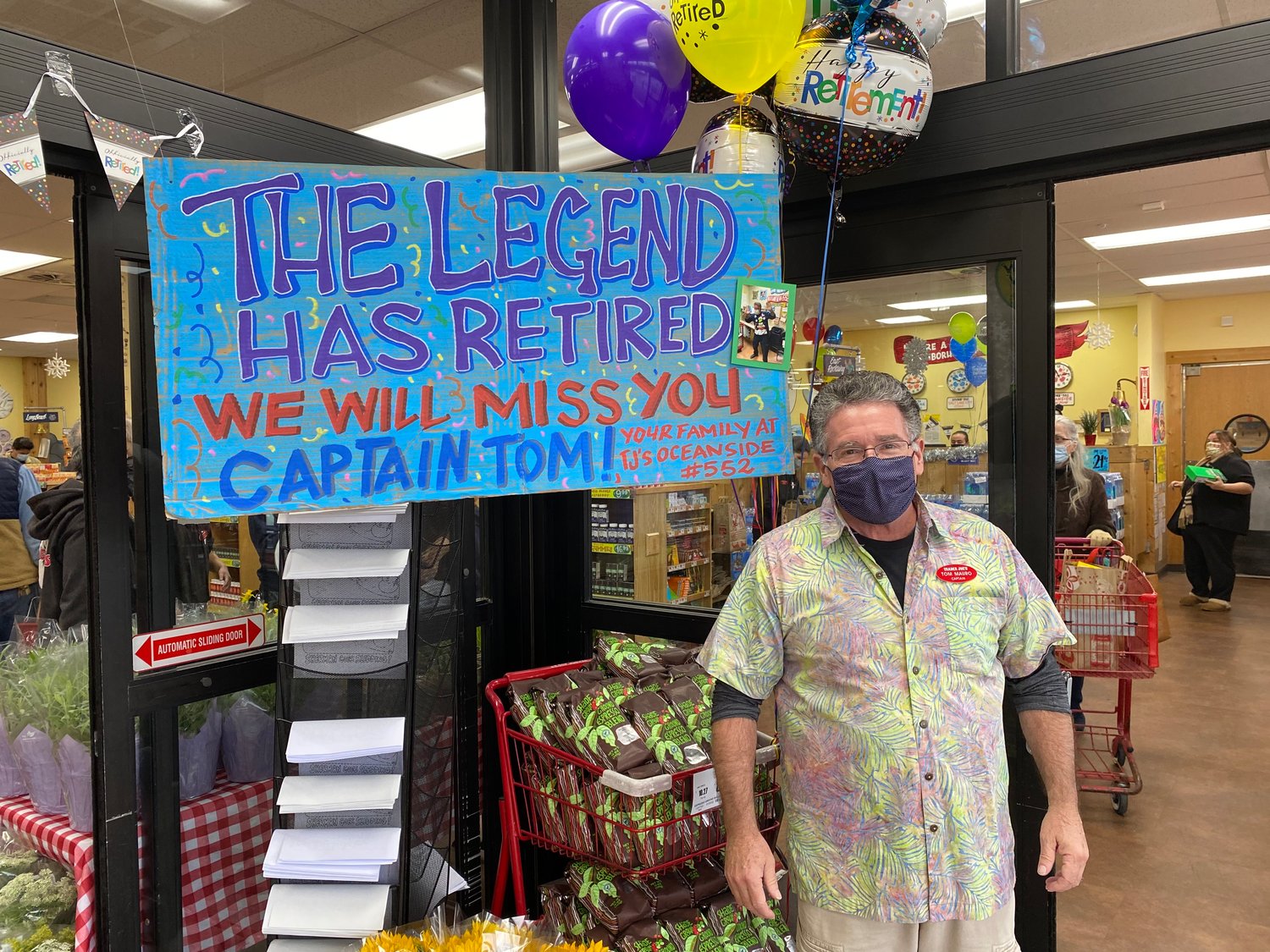 Tom Mauro, manager at Trader Joe's for the past six years, was celebrated by his employees during his last day last Wednesday.
Tom Carrozza/Herald 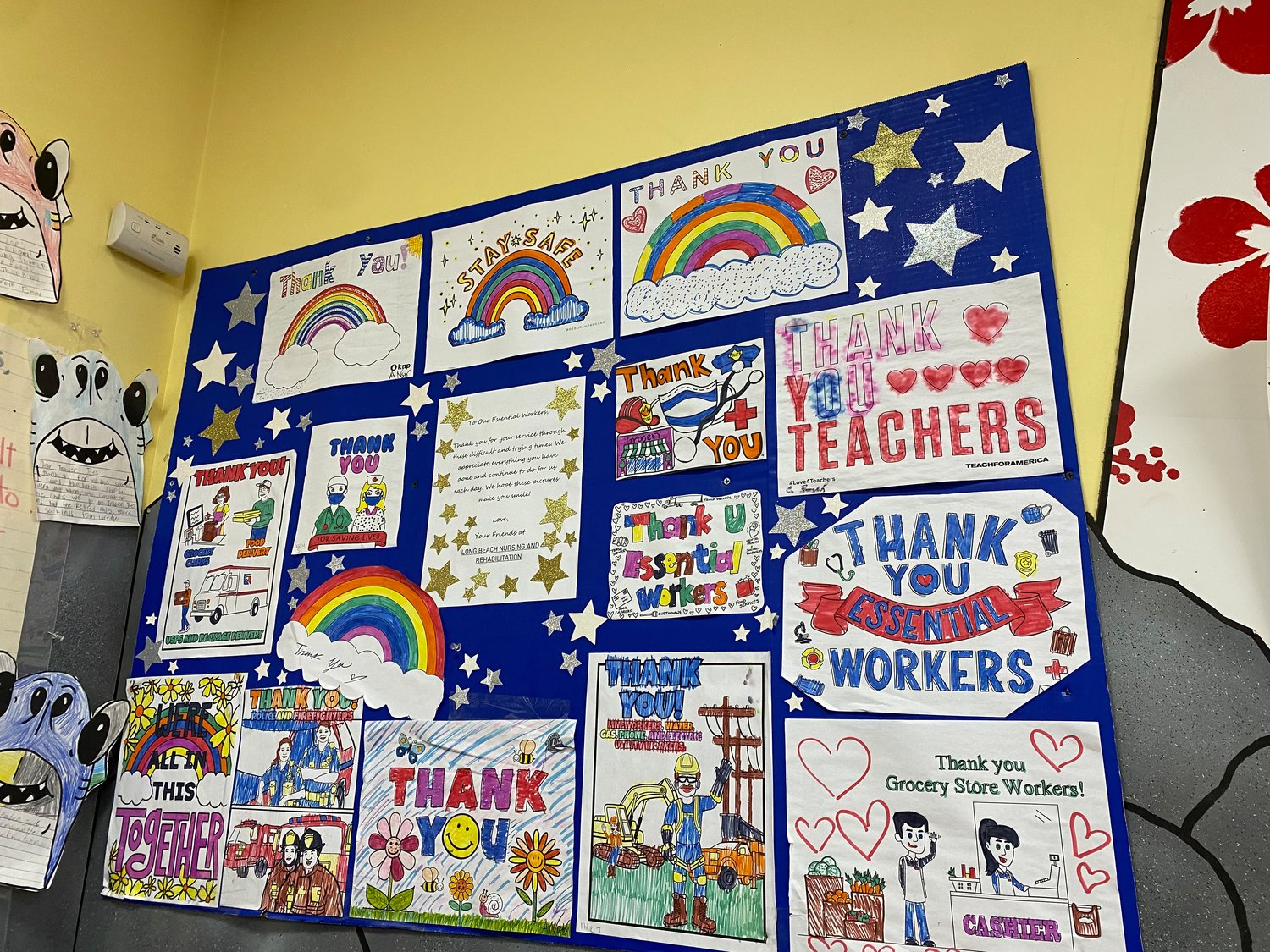 Mauro and his staff received many thank you notes from the community for their essential work during the pandemic.
Tom Carrozza/Herald
Previous Next
By Tom Carrozza tcarrozza@liherald.com

Tom Mauro went to work for the last time on Wednesday. The Oceanside resident and manager of Trader Joe’s on Long Beach Road entered the building last Wednesday morning and was greeted by signs, balloons, letters and the smiling faces of his employees. That night, “Captain Tom” was set to embark on his new adventure: retirement in Florida.

Mauro spent the past six years working as manager of the Oceanside Trader Joe’s and was named the 2016 Businessperson of the Year by the Oceanside Chamber of Commerce. Mauro, 65, was born in the Bronx and has worked in the supermarket industry most of his life, including time at Grand Union Supermarkets. From 1997 to 2007, Mauro moved to Israel, where he worked in humanitarian aid before returning to the states to help his extended family.

Still, Mauro said that his time at Trader Joe’s tops all of his other experiences, other than marrying his wife, Kathy, 40 years ago. “We’re not focused on experience. We’re focused on character,” Mauro said. “Everybody has success in them. Just do the best you can.” Mauro said he could feel a difference between Trader Joe’s and other supermarkets with how hands-on employees are. That motivated him to seek the manager position six years ago.

Dozens of posters and letters from local students, including many from School No. 4 in Oceanside, line the area behind the registers. During Mauro’s time at the supermarket, he has worked with School No. 4 on in-person and recently virtual field trips to explain proper nutrition with students.

During the pandemic, Mauro has been especially proud of the work that his staff has done to provide a place where customers felt their health was taken into account. Conversations with customers have been especially pushed to help them feel some sense of normalcy.

“We’re here in this life to touch other people’s lives and to be there for one another,” Mauro said.

Mauro helped to give to communities in need in both Oceanside and Long Beach as part of Trader Joe’s neighborhood donations program. In Long Beach, Mauro worked with Rabbi Eli Goodman of Chabad of the Beaches to provide food for older and homebound members of the community, which has been especially important over the past two years.

“They’ve always been there. It’s never been a question of if, but rather how much,” Goodman said. “As we say in the Jewish vernacular, [Mauro] was a real mensch.” Mauro and Trader Joe’s have provided traditional meals for different Jewish holidays, helping families in need celebrate their faith.

Retirement started immediately for Mauro, who got on a flight down to Springfield, Fla., where he and his wife plan to spend the rest of their lives, right after work last Wednesday. The Mauros do not have any children, but Tom said they are excited to be committed to each other—and relax—down in Florida.

Mauro said the thing he will miss most about Oceanside is the love that people have shown him and others, noting, “It’s been life enriching and life changing the way you feel here.”