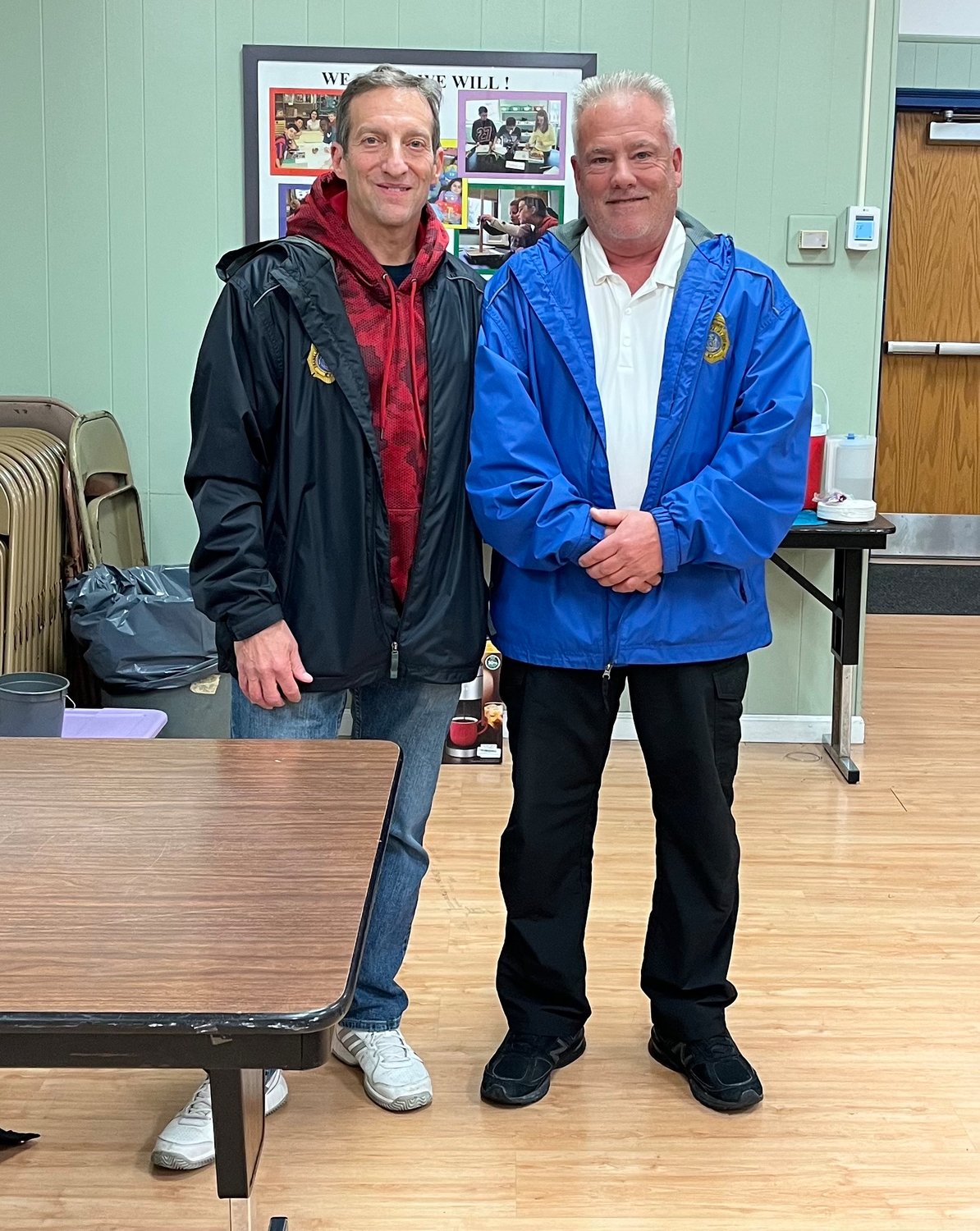 Fire protection is primarily funded through taxpayers — the fire district collects taxes, disperses them, saves funds and uses them for resources to benefit the fire department. Fire district board members also create and approve their own budgets. They have a final say on the budget’s approval.

Some proposed changes could pertain to fire protection services, municipal reorganization, shared service initiatives and more. Electing a fire commissioner gives the public some control over such decisions.

“The main thing is we have an excellent relationship with the chief’s office, they are great people and we work well together,” Braun said to the crowd at a Franklin Square Civic Association meeting on Nov. 30. “Anything you guys need and the chief need from us, you guys got it.”

In addition to serving as the district’s fire commissioner, Saltzman has been an active firefighter of the Franklin Square & Munson Fire Department for 32 years. He also has a 40-year career as a pharmacist on his resume and owned a community pharmacy for 20 years.

The taxes that the district commissioner handles pays for the 24/7 services the fire department provides to the public, including emergency medicine. Due to the decrease in volunteers over the years, the fire department began looking into a paid EMS program. Right now, Saltzman said the goal is to ultimately have either one paramedic, one EMT or two paramedics 24/7.

If reelected, Saltzman said he wants to strengthen engagement with the community through continuous open houses, fire prevention drills with school children, fire safety demonstrations with the local girl and boy scout troops and more.

“One thing I come across the whole fire department is our passion,” Saltzman said. “Because there’s no reason for us to do it — most of us have at least one, sometimes two jobs, have a couple of kids, if not more, and it’s something you do because you want to do it.”

For more information about the upcoming election, contact the district office at 516-488-1858.