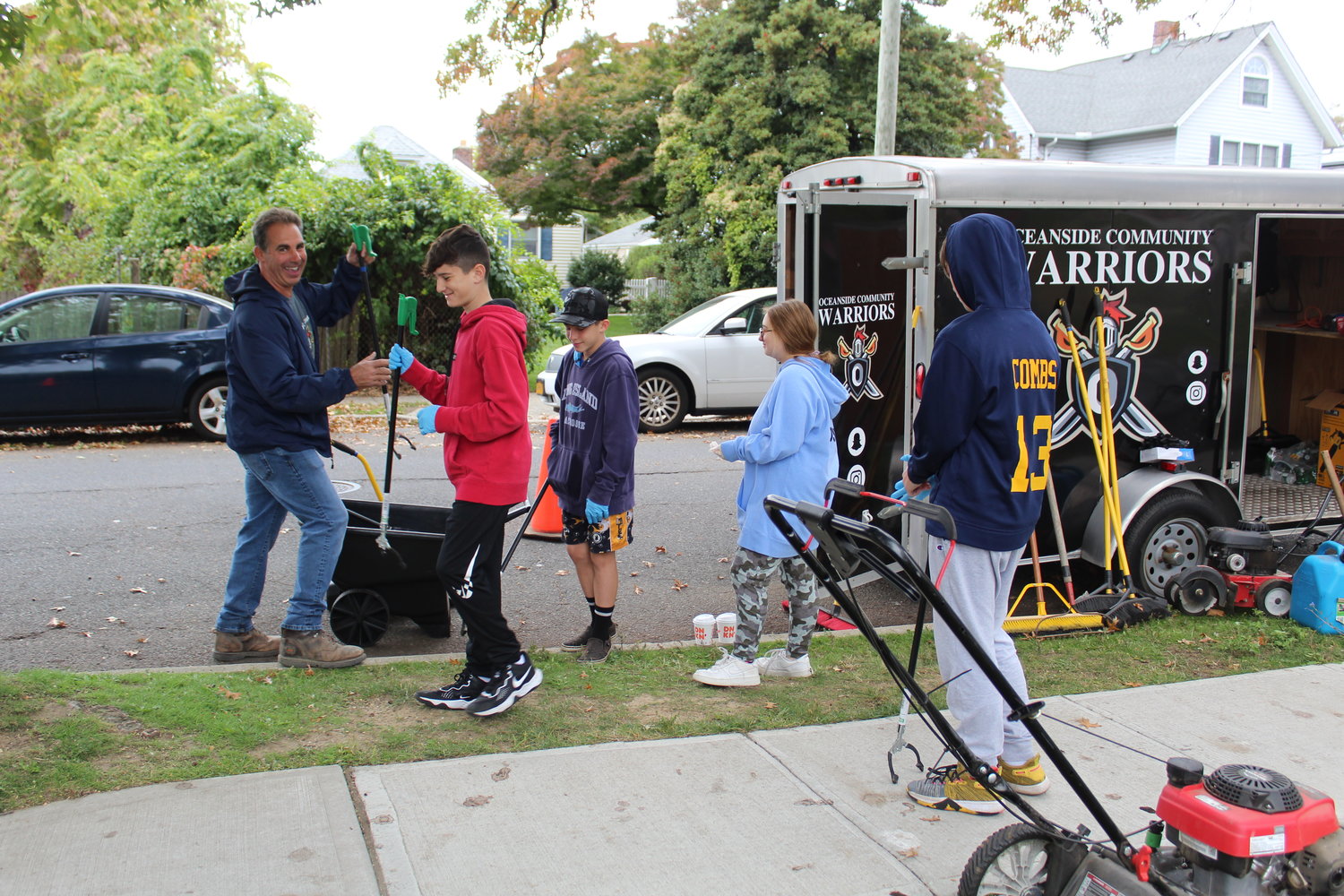 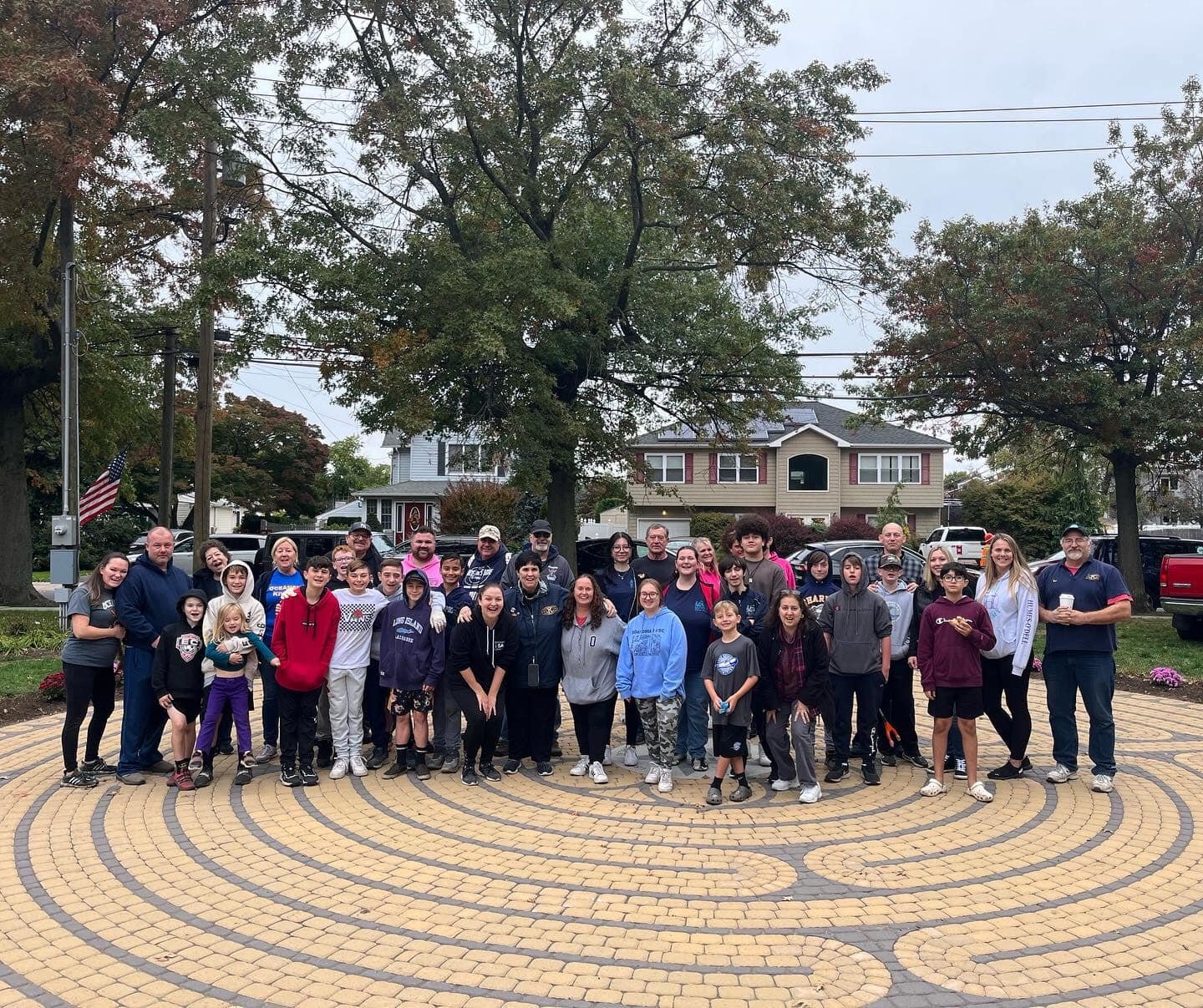 The spirit and resiliency of Oceanside is alive and well, which was apparent at Coastal Cleanup Day last Sunday, hosted by the Oceanside SAFE Coalition, the Kiwanis Club of and Oceanside Warriors. Recognizing the devastating affect Hurricane Sandy had 10 years after it ravaged Oceanside, the cleanup focused not only on remembering what the community lost, but also what it gained, as neighbors rallied to help one another.

Alison Eriksen began volunteering for the SAFE Coalition when it was founded in 2014, and she is now its full-time project coordinator. The coalition, Eriksen said, Kiwanis and Warriors came together to tap into the spirit of helping the community, one piece of garbage or leaf at a time for the 10-year anniversary of Sandy.

“While devastating, the hurricane brought the community together like never before,” Eriksen recalled, “with neighbors lending a hand to each other in need.” That’s what participants were emulating on Sunday morning. For the Warriors, however, this is what they do every week, since they are always out beautifying a spot in Oceanside with a cleanup or new plants.

“Especially in light of the 10-year anniversary of Hurricane Sandy,” Eriksen said. “… we wanted to make it a big community event, get the youth involved, get some community service hours and just kind of remind everybody what it felt like for the community to rally together again, and have that sense of pride in their community again.”

Since the SAFE Coalition’s goal is to provide a substance-abuse-free environment for the community, each group involved in the cleanup was given a checklist to note any drug or vaping paraphernalia or beer bottles, to determine whether if more police patrols or security was needed. Eriksen wasn’t in Oceanside when Sandy hit, but her family was. “Their house got completely destroyed,” she recalled, “so many people are still reeling from the after-effects of it. So many houses needed to be raised over here, and it was just a different world after that.”

In the wake of the storm, however, people took care of each other, a sense of unity that Eriksen said had been waning in recent years. “We just remember that in the days after Hurricane Sandy hit, how businesses, everybody, people who lost everything, came together and pitched in,” she said, “and it’s really easy, especially over the last couple years, to lose that and feel so divided.”

Sandy Schoell, a member of the Kiwanis Club and the Oceanside Board of Education, checked volunteers in at the cleanup. Before the hurricane, Schoell recalled, she packed up her family and took them to her son’s house in Wantagh. They returned to a devastated Oceanside days later. “I lost half my house to it,” she said of the storm. “… We came back, and the whole bottom half of our high-rise ranch was flooded.”

Schoell remembered the frustration community members felt as they all vied for contractors to salvage their homes. “We had to wait in line to find contractors and go through the whole process that everybody else had to struggle with,” she said. “We had to clean out the whole house — everything on the bottom level, we lost. It was a very expensive storm for us, and I only lost half my house.”

Her mother’s house fared even worse. “It was totaled,” Schoell said. “It took out her whole house. We had to gut everything. She lost everything, and it changed her life completely. The storm did a lot of damage to a lot of people.” But it also served as something of a communitywide call to action.

“The one thing that Oceanside is, when there’s a need they rally together — the organizations and the people come together and help each other,” Schoell said. In the days after the storm, she witnessed acts of kindness and generosity from different demographics. “I had these kids from the football team helping us lift these 300-pound carpets out of my downstairs. Community services was out there, bringing food by bicycle, because a lot of people were running out of gas.”

At Oceanside High School, teachers were also doing their part, using the school as a base from which to provide meals for families who were without power. “We were cooking at the high school, distributing food throughout the community,” Schoell recounted. “Teachers were taking people’s laundry back to their house if they had electric to do laundry. Everybody played a part. Everybody played a role in helping, and I think that’s one of the reasons why we survived it and were able to rebuild.”

Nicholas Abrams, 12, doesn’t remember the hurricane, but came to the cleanup to help anyway, saying he wanted to “make the environment better for the ecosystem of animals, because I know there’s a lot of wildlife around here, and the trash is bad for them.”

Cynthia Rosen and her daughter, Talia, had their gloves on and rakes at the ready. “It’s good to come out as a community to honor everybody, and to just make the environment better and the park better for all the community,” Cynthia said.

Talia adding that she wanted to, “help my community, so there isn’t pollution, and it doesn’t go into the ocean.”

The scene was almost as if out of a movie, she said. “We saw the lights flickering, and we told everybody to get upstairs, because the power was on, so we basically stayed up there and we had no idea what was happening,” she said. “We just knew there was a hurricane, and it was a full moon, so the tides were worse. It was scary. We didn’t know what was going to happen.

“But the community pulled through,” Rosen added. “Whatever happens in this community, I’ve been in Oceanside 55 years, and it’s been a fantastic community to live in.” Residents can always count on one another, she said, “Because anybody that needs anything, or a family is struggling or somebody is sick, with cancer or whatever, the community is always there for everybody. They always rally.”