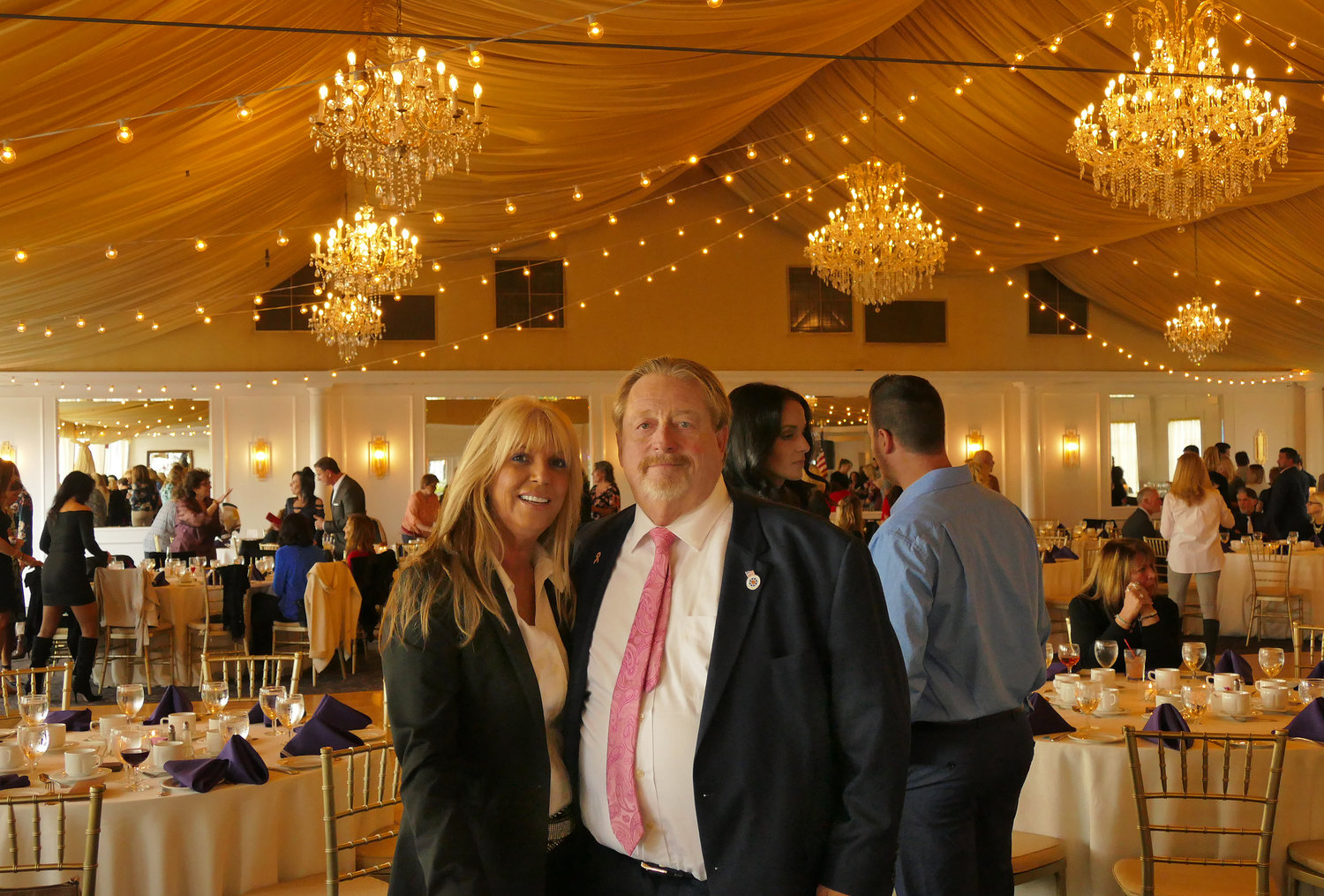 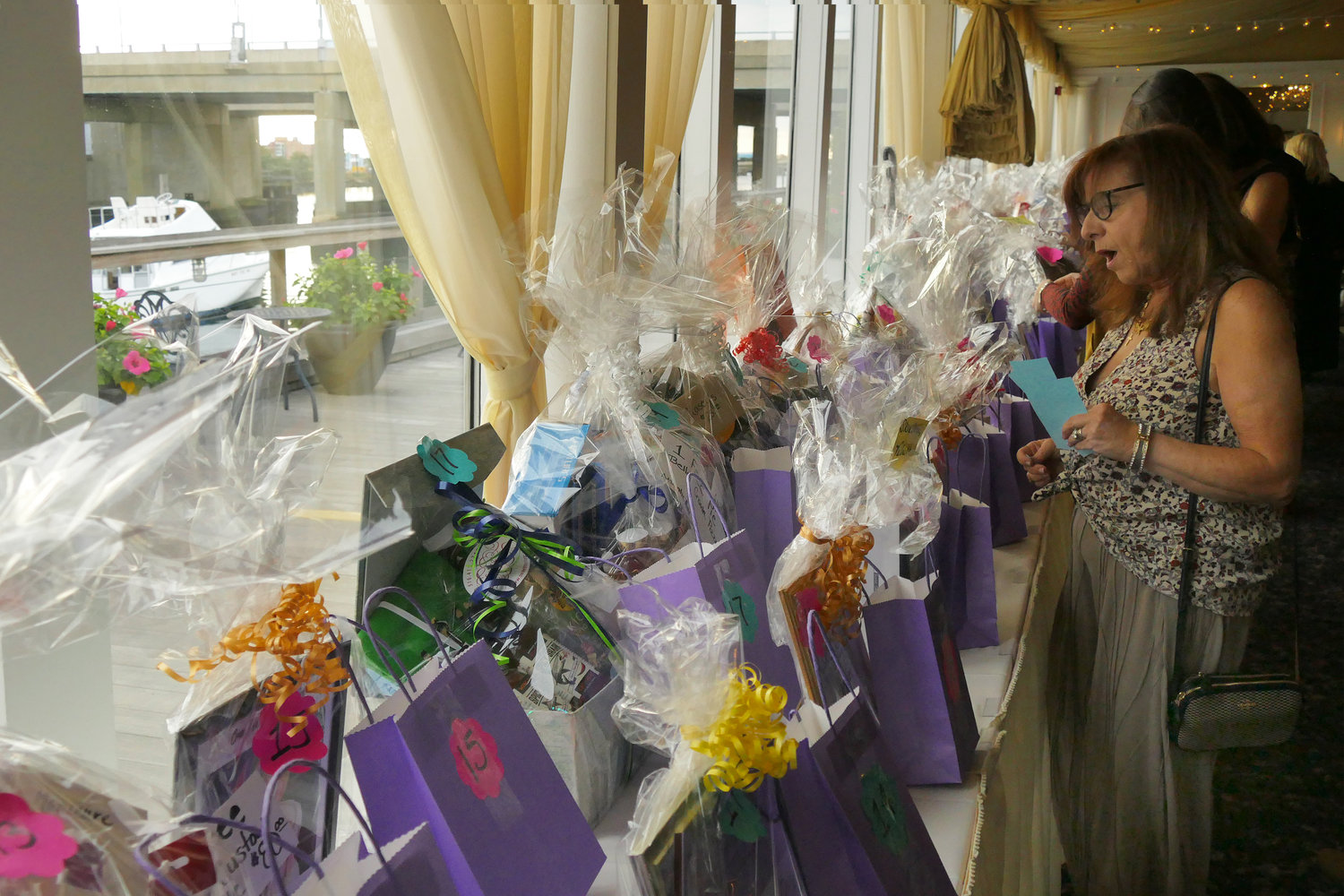 Attendees had 85 gift baskets to choose from in the raffle, left.
Joe Abate/Herald 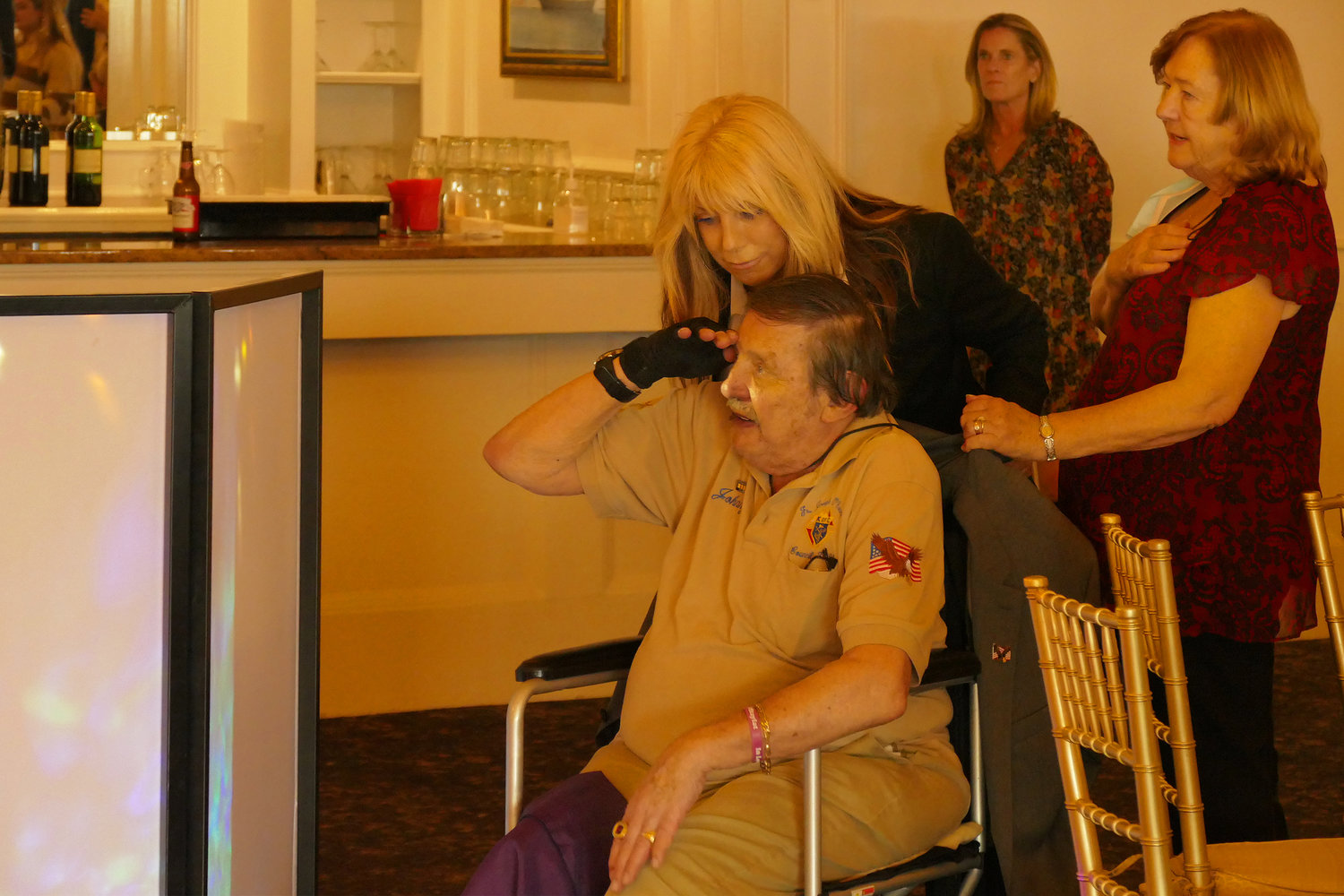 Over 200 residents retuned to the Bridgeview Yacht Club for the 10th annual fundraiser to benefit St. Jude Children’s Research Hospital on Sunday night. Island Park resident Tina Rossetti returned to host the event after last year’s iteration was cancelled because of the coronavirus pandemic.

A realtor with Signature Premier Properties in Rockville Centre, Rossetti was excited to finally get back to her event. Rossetti said that usually she gives herself around six months to send out all the invitations, but this year she managed to cram all that work into a month and a half and still get to over half of what the guest list typically looks like.

“Today, I was so excited and nervous at the same time, but I think I did better than I thought I would,” Rossetti said.

Rossetti also credited Dorothea and Danielle Dono with helping to pull off the feat. Additionally, she thanked Island Park Mayor Mike McGinty for sponsoring and donating to the event.

All of the proceeds will go directly to St. Jude Children’s Research Hospital. Those proceeds were generated as attendees purchased raffle tickets to put in one of the 85 gift baskets. Those baskets included a 32-inch smart TV, Coach handbags, jewelry and restaurant gift certificates.