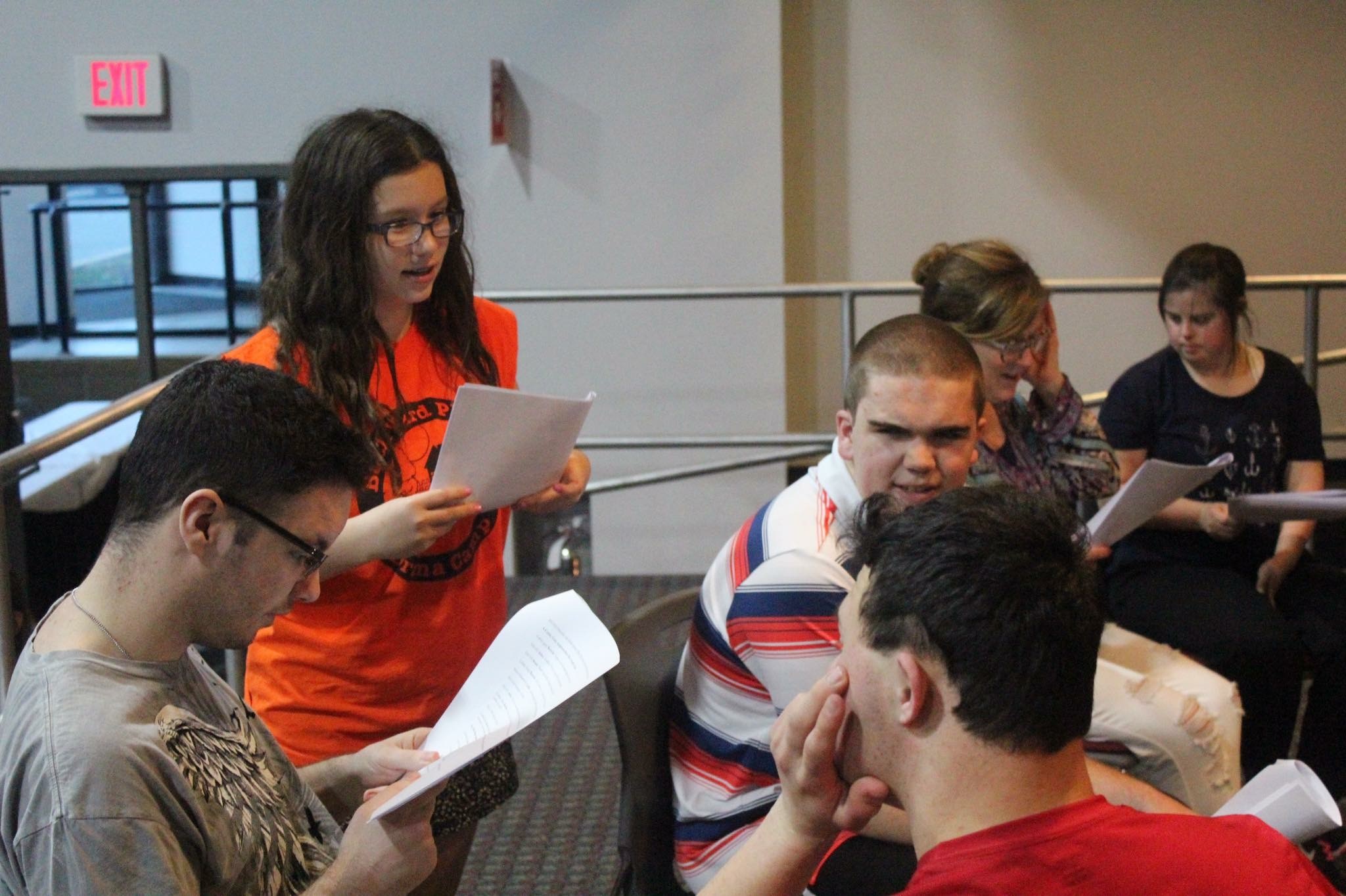 Lila Naccari has been a devoted volunteer for Rockville Centre nonprofit Backyard Players and Friends for the last few years.
Courtesy Ellen White 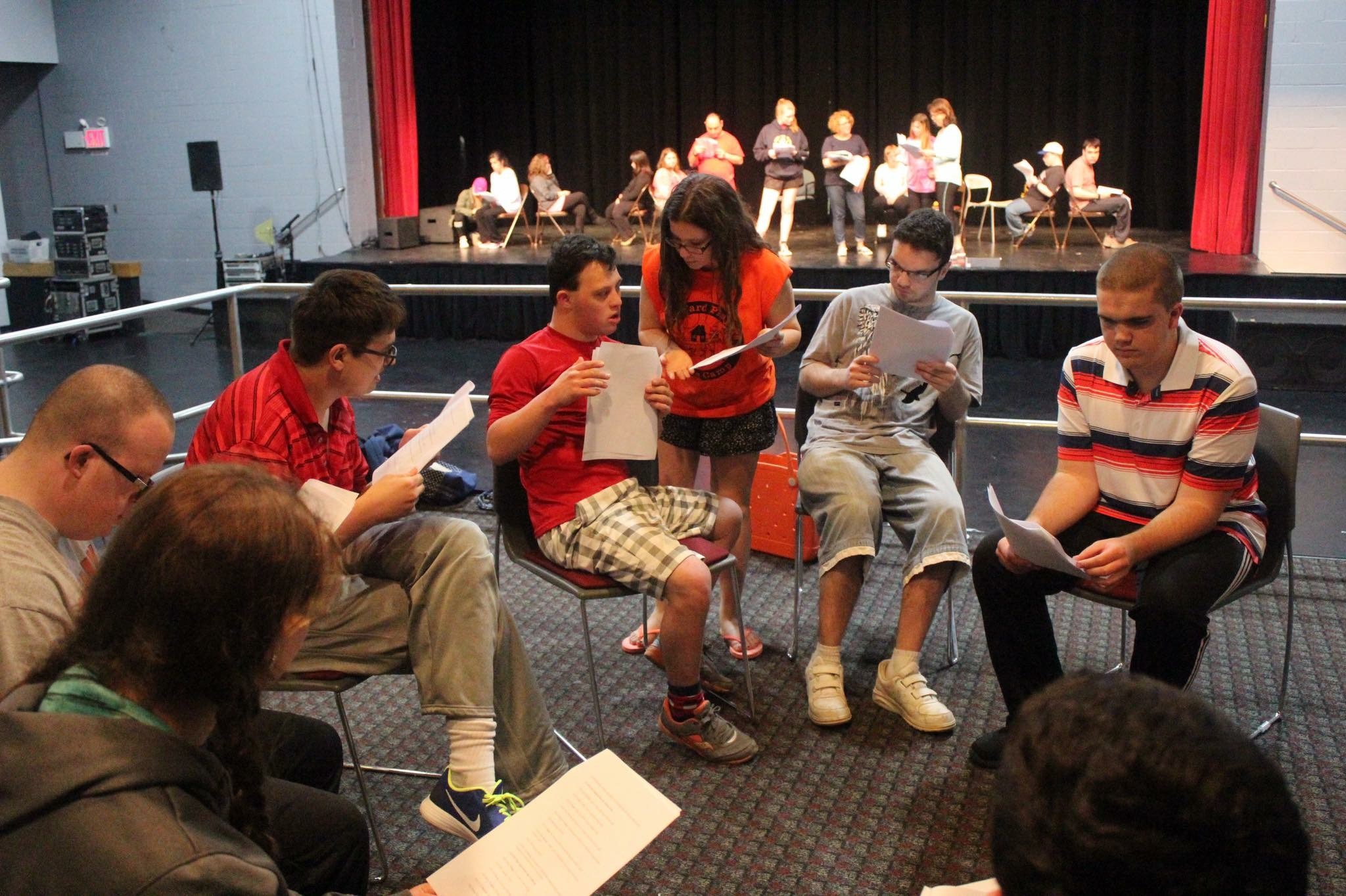 The organization provides services for those with developmental disabilities.
Courtesy Ellen White 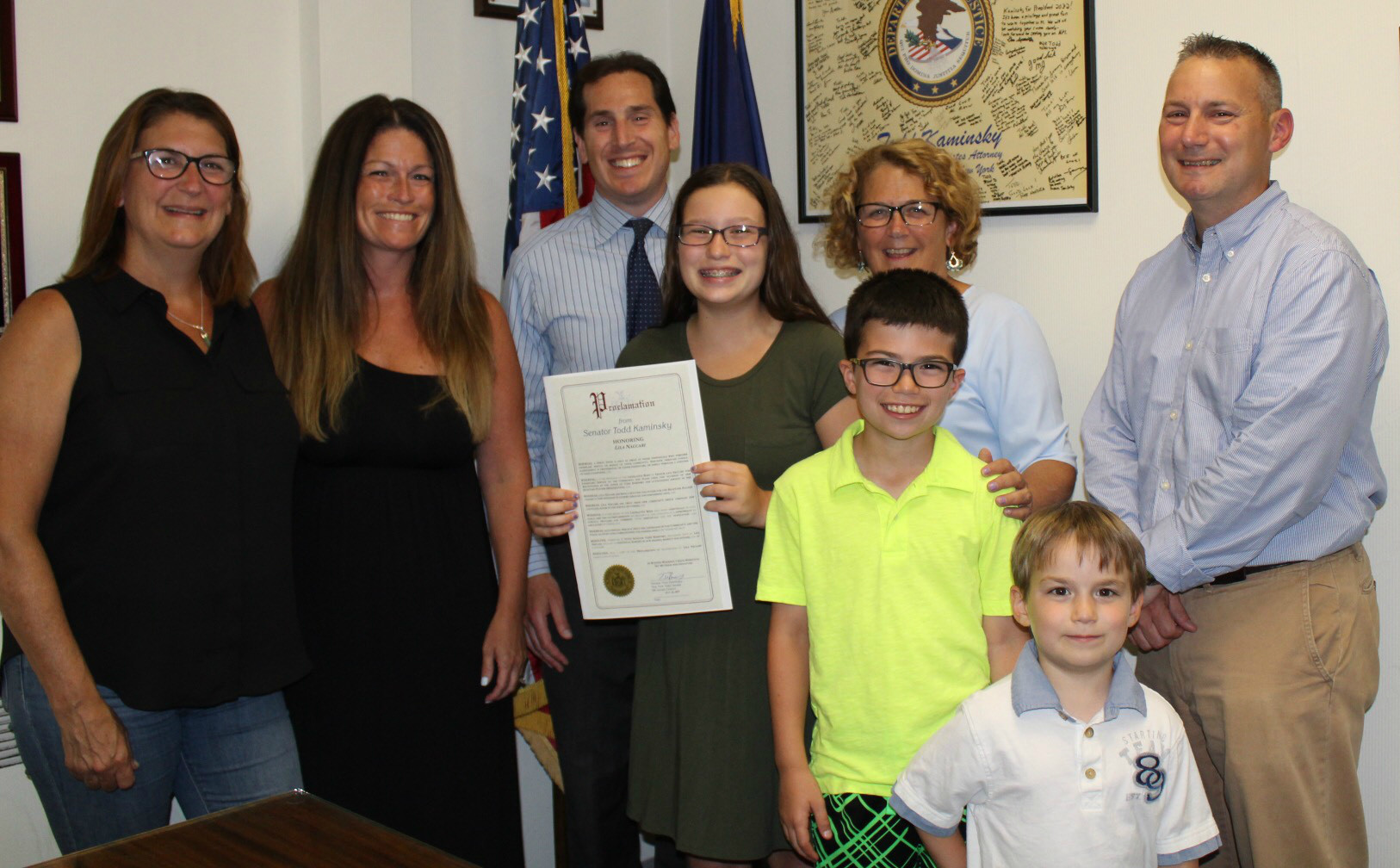 Rockville Centre eighth-grader Lila Naccari was honored for her dedication to Backyard Players and Friends, a local arts-based community program that caters to teens and young adults of all abilities.

Lila has spent the last few years volunteering at the organization, which was established about five years ago and became a non-profit in 2015, and offers programs in theater arts, yoga, Zumba and dance fitness, as well as recreational enrichment and a movie club. Its locations include Molloy College, St. Mark’s Church on Hempstead Avenue and the Rockville Centre Recreation Center.

“I have spent a long time in this community and have worked with some amazing students, but this girl is something else,” wrote Ellen White, founder of Backyard Players & Friends, in a letter to State Sen. Todd Kaminsky, who recently honored Lila with a proclamation. “I don't think I could even count the amount of hours that Lila has shared with us over these past few years.”

Kaminsky added: “Lila represents the true spirit of our community. Her dedication and passion for community service, and those of volunteers like her, have helped Backyard Players and Friends become the amazing organization it is today.”

White, who directs South Side High School’s Centre Stage, a program in which general and special education students collaborate to put on a performance each spring, said she began seeing the need for more services for those with developmental disabilities after they graduate, and formed Backyard Players. What started as five people in a small theater program, White said, now offers a variety of programs for more than 100 teens and young adults. Lila has been instrumental in donating her time and promoting the nonprofit in the community.

“Lila's superpower is the ability to see the beauty in people,” White told the Herald. “[She’s] a rare individual who will never see a difference or a disability in others as she is too busy reaching her hand out to lift people up.”

Lila recently presented the organization with $600, which she raised by selling bracelets for her eighth-grade service project, White said. She is also involved in Centre Stage and South Side Middle School’s Drama Club, and volunteers at Holy Trinity’s pre-school summer camp.

“Lila has shown that big things can be done with big hearts,” White said, “and age is not a factor when it comes to helping others.”