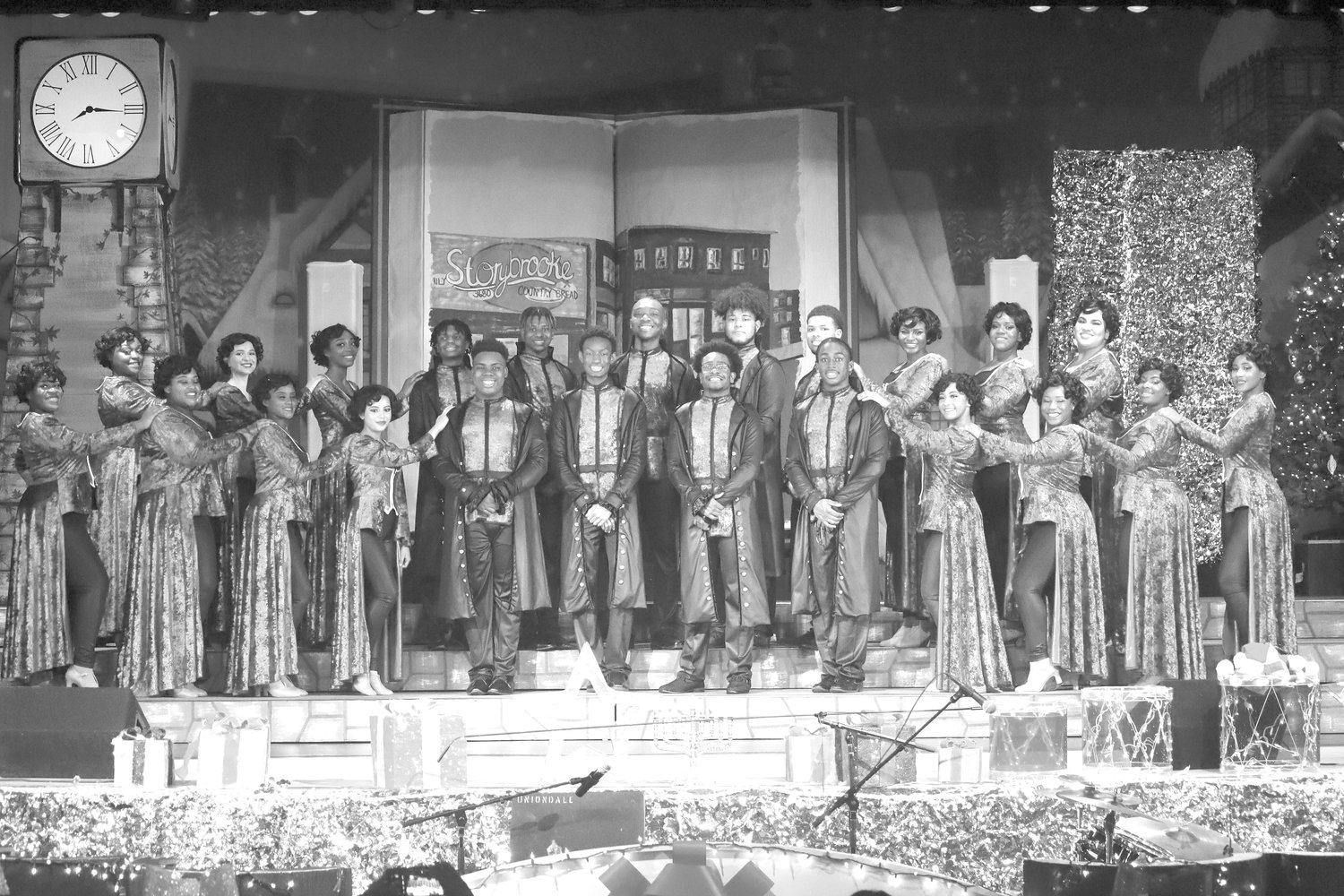 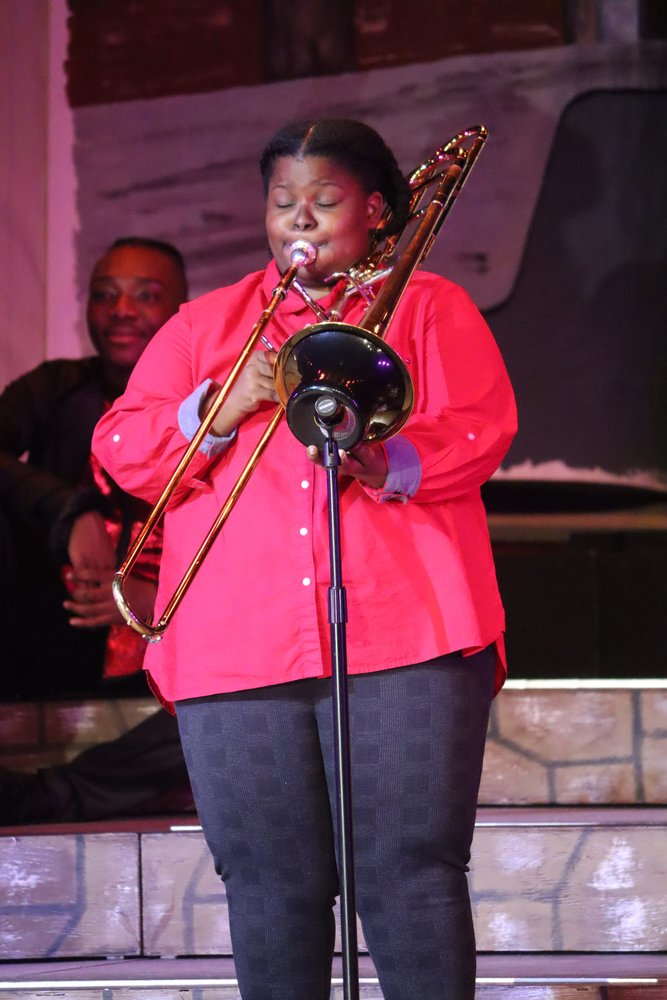 The Uniondale High trombone soloist pulled out all the stops.
Joshua Watson 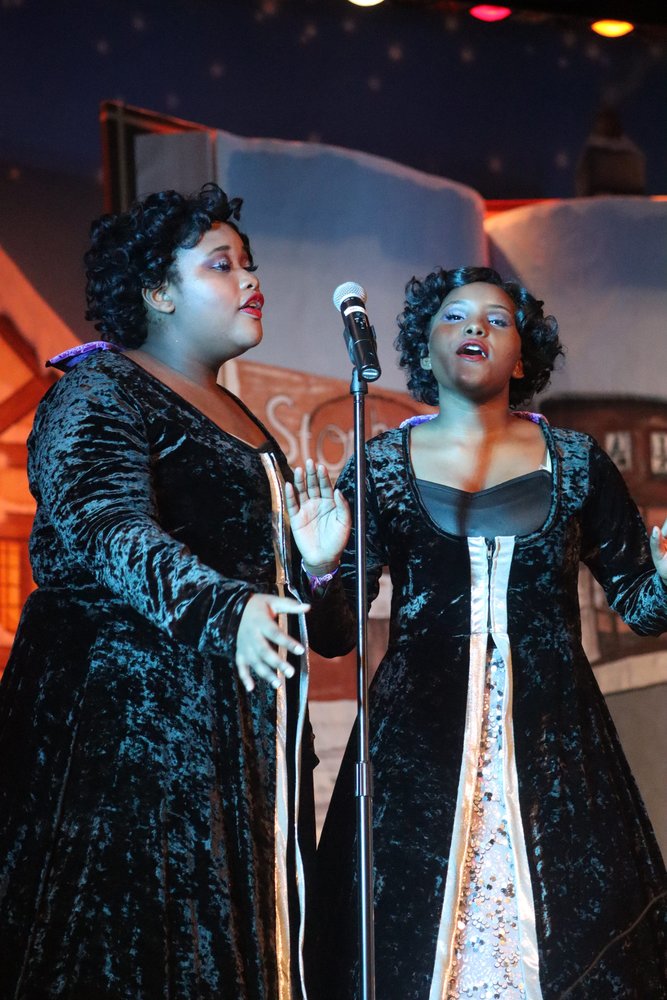 The famed Uniondale High School Show Choir, “Rhythm of the Knight,” brought in some holiday magic at their Holiday Spectacular that took place on December 10 and 11 at the Uniondale High School auditorium. The holiday-themed performance presented an array of music from various cultures and traditions including a mix of traditional, gospel, and modern holiday music. They also sang the Hanukkah festive song “Bidi Bom” by David Eddleman.

Soloists Alton Finney-Dennis, Ashley Jeudy, Jadon O’Brien, Stephen Mcfarlane, and Jayden Treasure wowed the crowd with their renditions of holiday classics such as “My Favorite Things,” “O Holy Night” and “Joy to the World.”

Violinist Jarred Mercado played “All I Want for Christmas Is You” and Sierra Prescod wowed the crowd with her Trombone solo of “Santa Baby.” A Walnut Street Elementary School fifth grader, Brian Alexander Boykin, made a fabulous debut performance as the one of the leads of the show. Robert Johnson, who is a teacher’s assistant at California Avenue School, sang the Temptations version of “Silent Night” and the Show Choir’s choreographer performed a fun country version of “Run Run Rudolph.” Under Show Choir director Lynnette Carr-Hicks, the students sang, danced and told the story of a Christmas that was almost cancelled. This story resonated with members of this student group because many of their performances since March 2020 were cancelled or deferred due to COVID.

The performance weekend was the Show Choir’s second major production since March 2020.   The Uniondale Show Choir has recently gone viral on Tik-Tok with their stirring gospel rendition of the song, “Reign on Me.” Ms. Carr-Hicks said the Show Choir loved to perform all over for other audiences but there was nothing like being at home.