The girl who lit up the Twittersphere 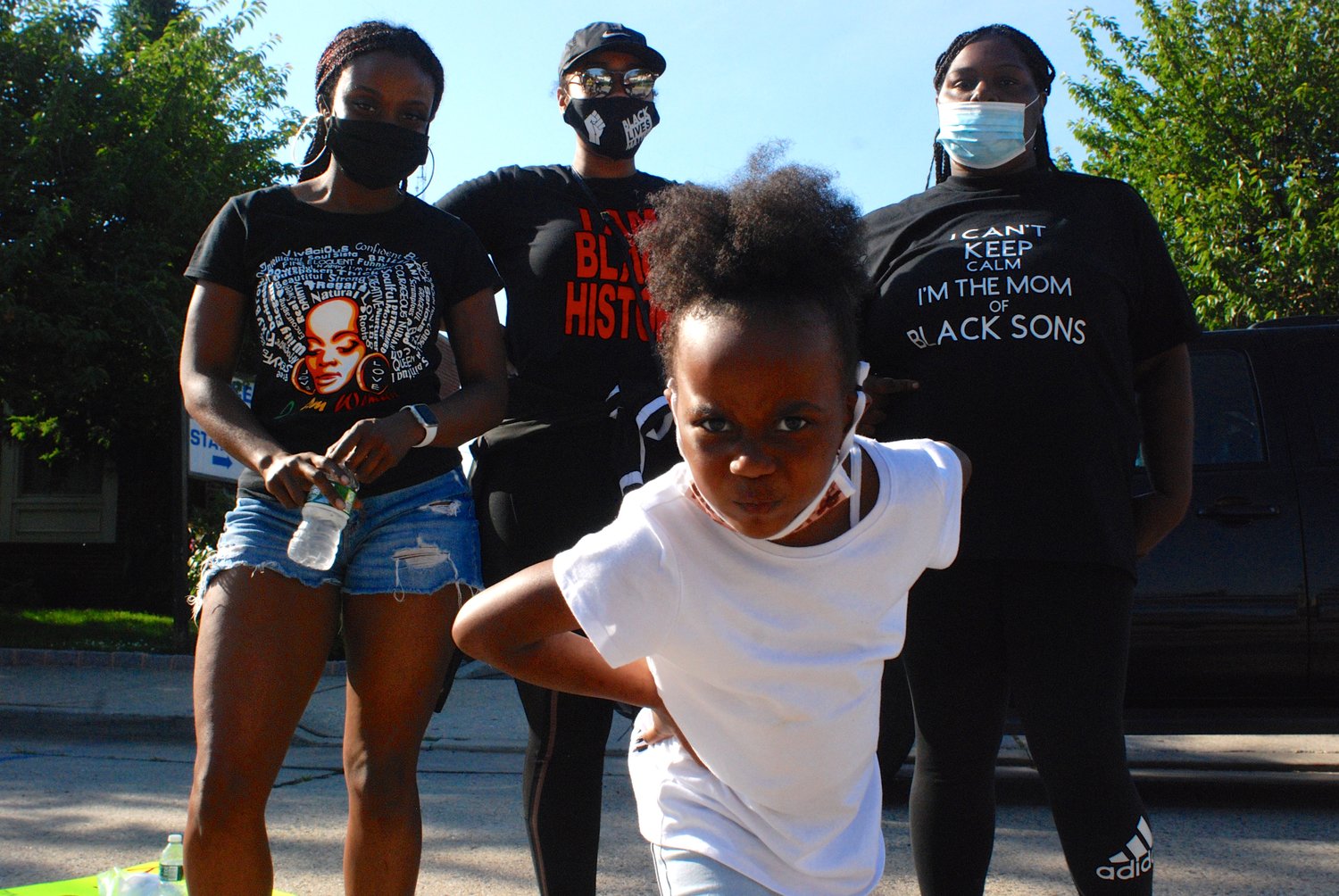 A video posted to Twitter of 7-year-old Wynta-Amor Rogers, front, of Uniondale, protesting in Merrick electrified the Twittersphere on June 2. Since then, she has appeared at Black Lives Matter protest marches throughout the metropolitan area. Above, she was joined by Hempstead protest organizers, from left, Raina Lewis, Tiara Adams and Jada Gillenwater.
Scott Brinton/Herald 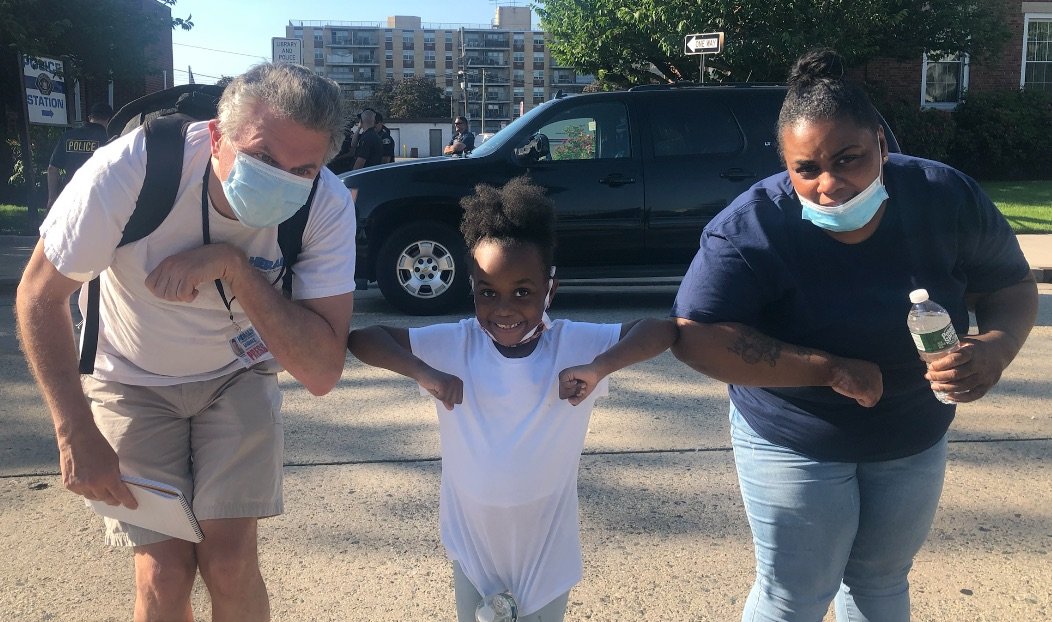 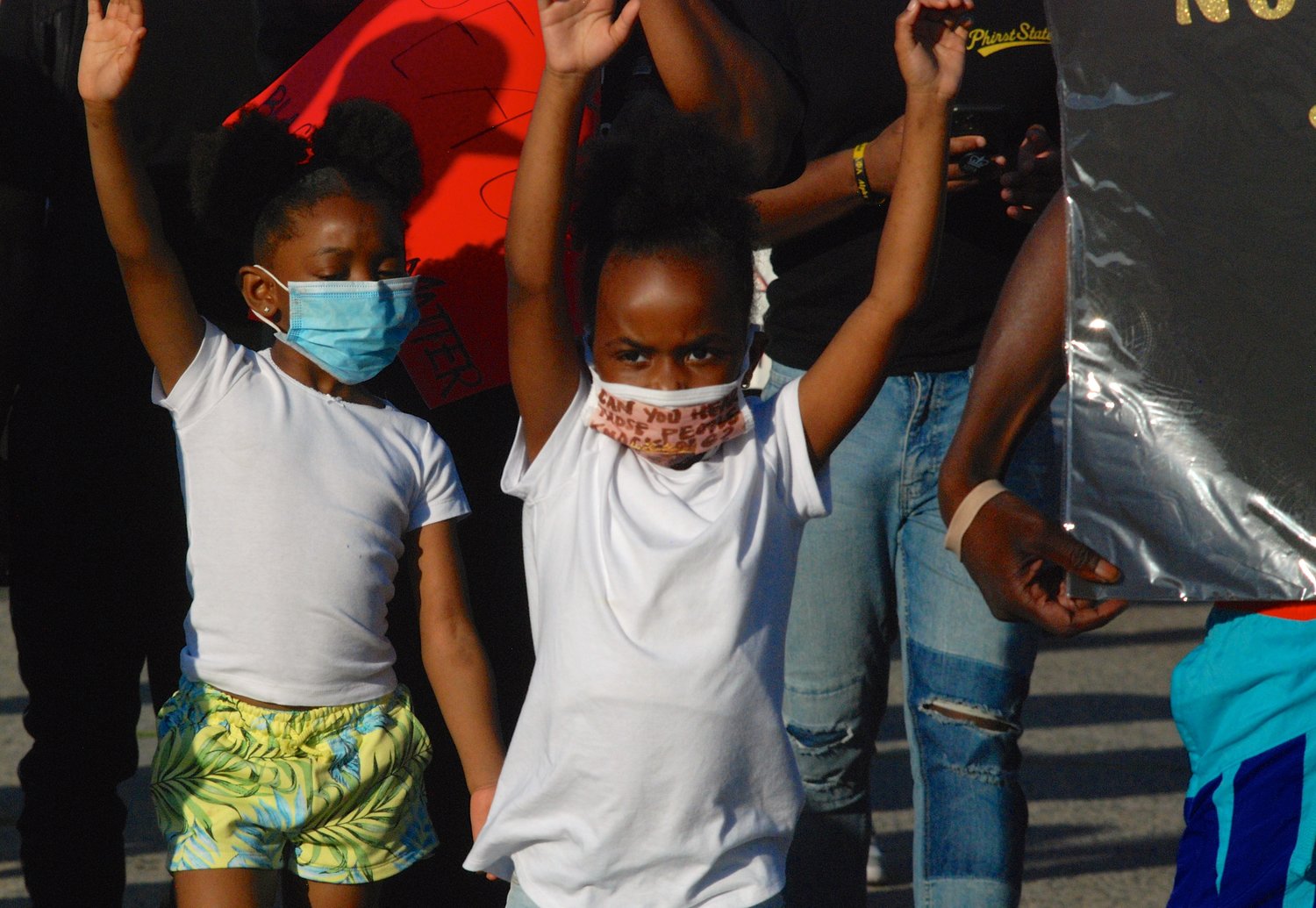 Wynta-Amor led a procession that started at Hempstead Village Hall on June 9. She was joined by 6-year-old Trinity Gregory.
Previous Next
By Scott Brinton

Seven-year-old Wynta-Amor Rogers, of Uniondale, stood in the shade of the red-brick Hempstead Village Hall on June 9, microphone in hand, surrounded by 200 Black Lives Matter protesters calling for justice for George Floyd and an end to systemic racism.

“Wynta?” said emcee Jada Gillenwater, of “The Jada G Show,” which is shown on Facebook Live on Wednesdays.

“Yes, ma’am?” the girl replied without missing a beat as the crowd laughed and clapped.

Why, Gillenwater wondered, was everyone there that day?

This young protester electrified the Twittersphere on June 2, when a video of her marching and chanting at a BLM demonstration in Merrick went viral. This reporter took the video and posted it to Twitter during the protest. By the time the marching had ended two hours later, 25,000 people had viewed it. By midnight, a million. A week later, some 23 million, and the count continued to grow.

Since then, Wynta-Amor has appeared at demonstrations throughout the metropolitan area, leading crowds in pre-march rallies, as was the case in Hempstead on that sunny Tuesday afternoon.

“No justice, no peace!” she called out to the crowd, as she had in Merrick, and the people around her responded in kind.

Without justice, she said, “we won’t have no peace. I’m telling y’all today. We all gotta fight for justice.”

It was easy to see that day why Wynta-Amor exploded into the American consciousness — the viral video of her was shown on “The CBS Evening News,” “CBS Sunday Morning,” “The Daily Show with Trevor Noah” and the Oprah Winfrey Network special “Where Do We Go from Here?”

A student at the Roosevelt Children’s Academy, she beamed charisma, smiling easily for the crowd. She sang. She danced. She understood comedic timing.

She practices her singing and dancing while watching Kidz Bop, which features children singing popular adult songs. “I be like, that’s why I’m not afraid of the camera,” Wynta-Amor said in an interview before the Hempstead rally.

In the 15-second viral video, she showed no fear, her hands moving furiously, her face displaying a righteous anger. In the end, she pumped her fist straight at my cellphone, on which the video was shot.

Her mother, Lakyia Jackson, said the international attention her daughter has received has been “overwhelming.” “There have been so many people” who have shown interest in her daughter, she said, which she never expected when she took Wynta-Amor to the Merrick protest.

Her daughter, having seen events unfolding on TV, wanted to take part in a demonstration, and Jackson, looking to educate her daughter about the BLM protests, brought her on June 2.

At home, Jackson said, Wynta-Amor is the same little girl she’s always been. She watches TV, does her hair and nails with her mom, bakes brownies and makes Slime. Her favorite school subjects are arts and crafts, math and language arts. She likes to draw pictures of her friends and the night sky. “I’m a professional artist,” she said.

Wynta-Amor, her mom said, has sickle-cell anemia, a rare chronic disorder that causes red blood cells to break down. Jackson stays home to care for her. She makes custom masks and T-shirts to earn a living, but said that caring for her daughter is her “full-time job.”

At the June 9 rally, Wynta-Amor told the crowd that she just wanted everyone to live in peace. “Can we do that?!” she called out.

Gillenwater said that, years from now, Wynta-Amor would remember the protesters “were here for her.”

“Our unity is our power,” she said. “Our disunity serves our enemies.”