'Animals are my life' 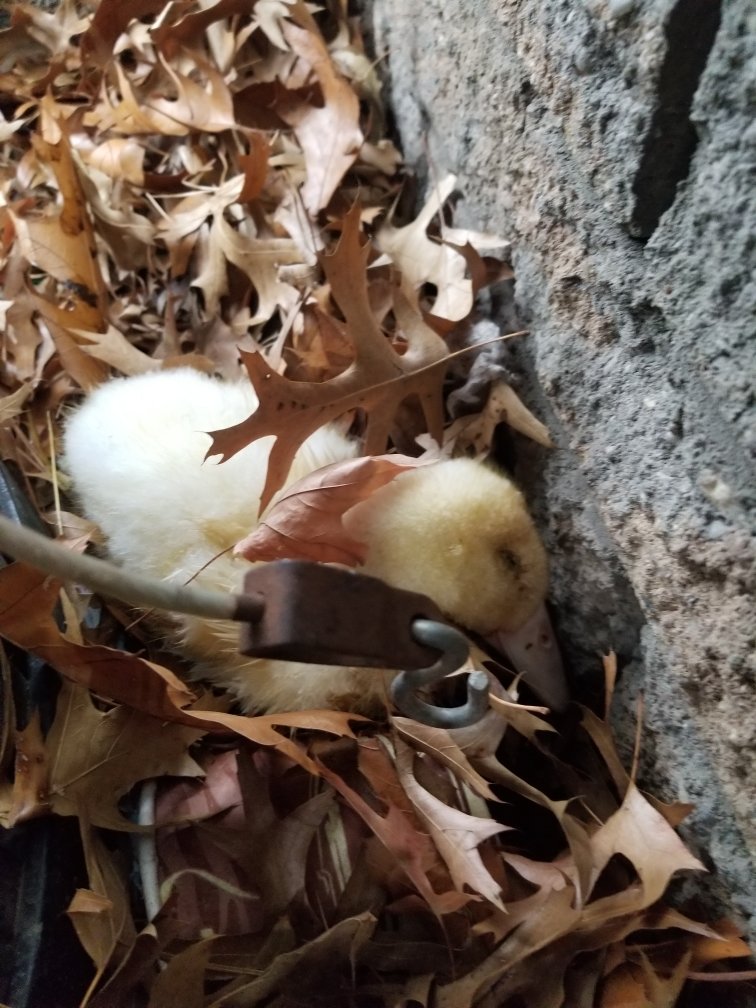 Speiser recovered the frozen duckling from behind a trash bin in Halls Pond Park in West Hempstead, where LION believes the duck was abandoned by an owner.
Courtesy LION 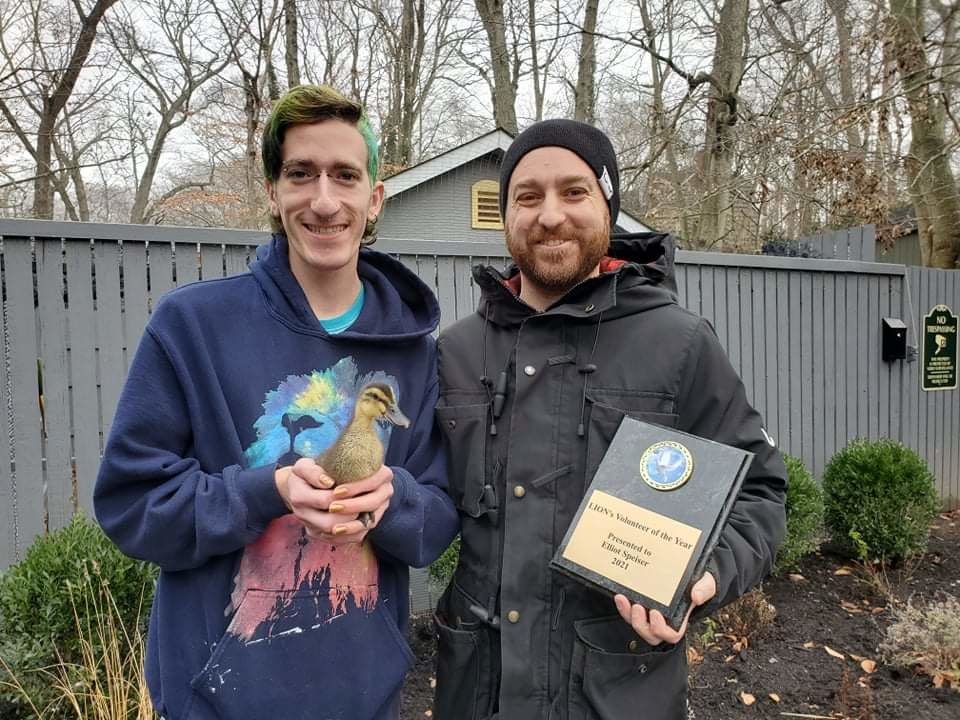 Elliot Speiser, a lifelong resident of West Hempstead, was recently named Volunteer of the Year by Long Island Orchestrating for Nature (LION), an animal advocacy organization that was founded in Malverne, after Speiser recovered the body of a dead domestic duckling found next to a trash bin at Halls Pond Park in West Hempstead.

On Dec. 27, a park-goer at Halls Pond Park in West Hempstead reached out to John Di Leonardo, the president of LION, after finding the duck’s frozen body. “The duckling was still yellow and could not have been more than 2 weeks old. Without their adult feathers or a mother to keep them warm, they appear to have frozen to death,” Di Leonardo explained.

Speiser recovered the duckling’s body and also rescued another live wild duck, which Speiser described as having a wet appearance, signaling sickness. Di Leonarado called Speiser an “outstanding resident of West Hempstead” for his actions.

Di Leonardo said LION has reported the death of the Halls Pond Park duckling to the Nassau County SPCA and are offering a $1,000 reward for information leading to those who they suspect abandoned the duckling.

“Animals are my life,” Speiser said, adding that rescuing and helping mend injured and often abandoned animals has been a “beautiful” experience for him. Speiser said that this year alone, through his volunteer work with LION and as an independent rescuer, he has helped rescue and treat 100 birds.

Speiser first contacted LION in January 2021 about another duck abandoned at Halls Pond Park that was rescued by the organization. The same week, Speiser began volunteering with LION and soon became a New York State licensed wildlife rehabilitator by the end of 2021.

“It’s been an amazing experience,” Speiser said, adding that those at LION have become family to him. “It’s a home away from home.”

Since working with LION, Speiser has decided to become a vegan, meaning he does not consume meat or dairy products. “After working with hundreds of birds this year, I couldn’t bring myself to go back to eating meat,” he said, adding that witnessing how “smart” the birds are pushed him to go vegan.

Speiser, who rescues animals weekly across New York City and Long Island for both LION and independently, has become a staple in both the duck and pigeon rescue communities, Di Leonardo said. “I never would have expected it, but I’m so grateful,” Speiser said.