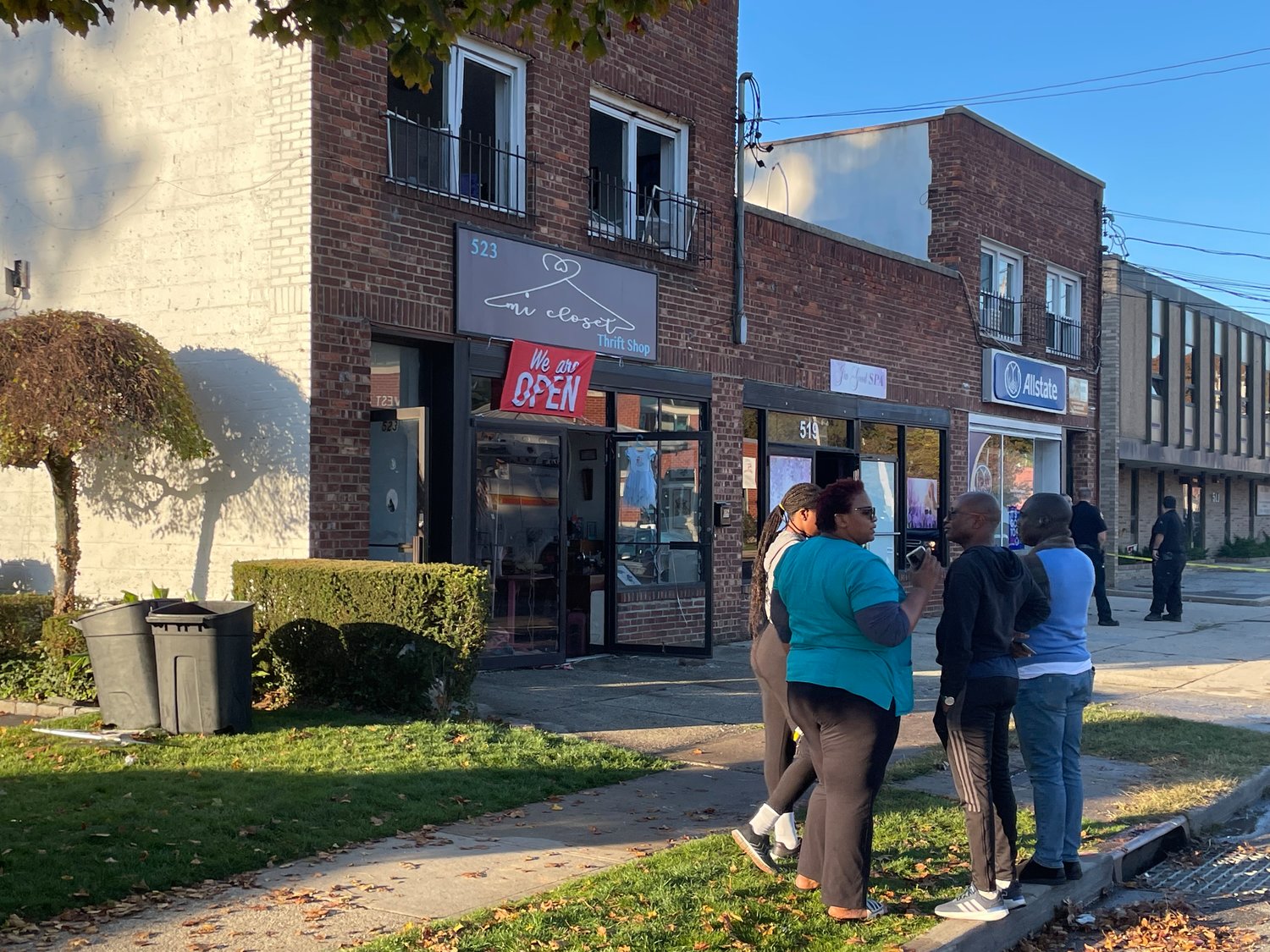 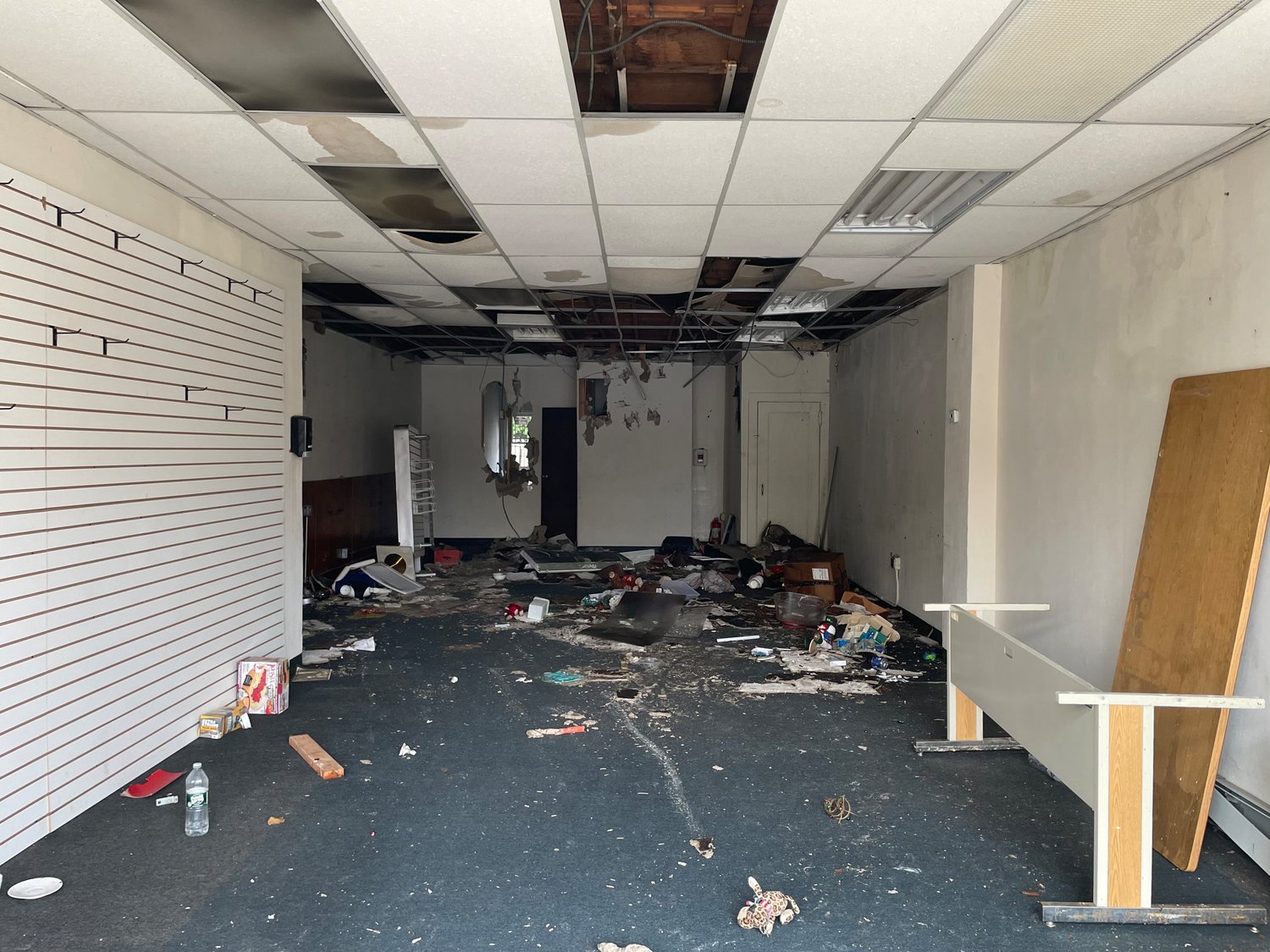 The interior of Mi Closet Thrift Shop was gutted following a fire on Nov. 2. The Town of Hempstead has since declared building unfit for human habitation.
Kyle Chin/Herald 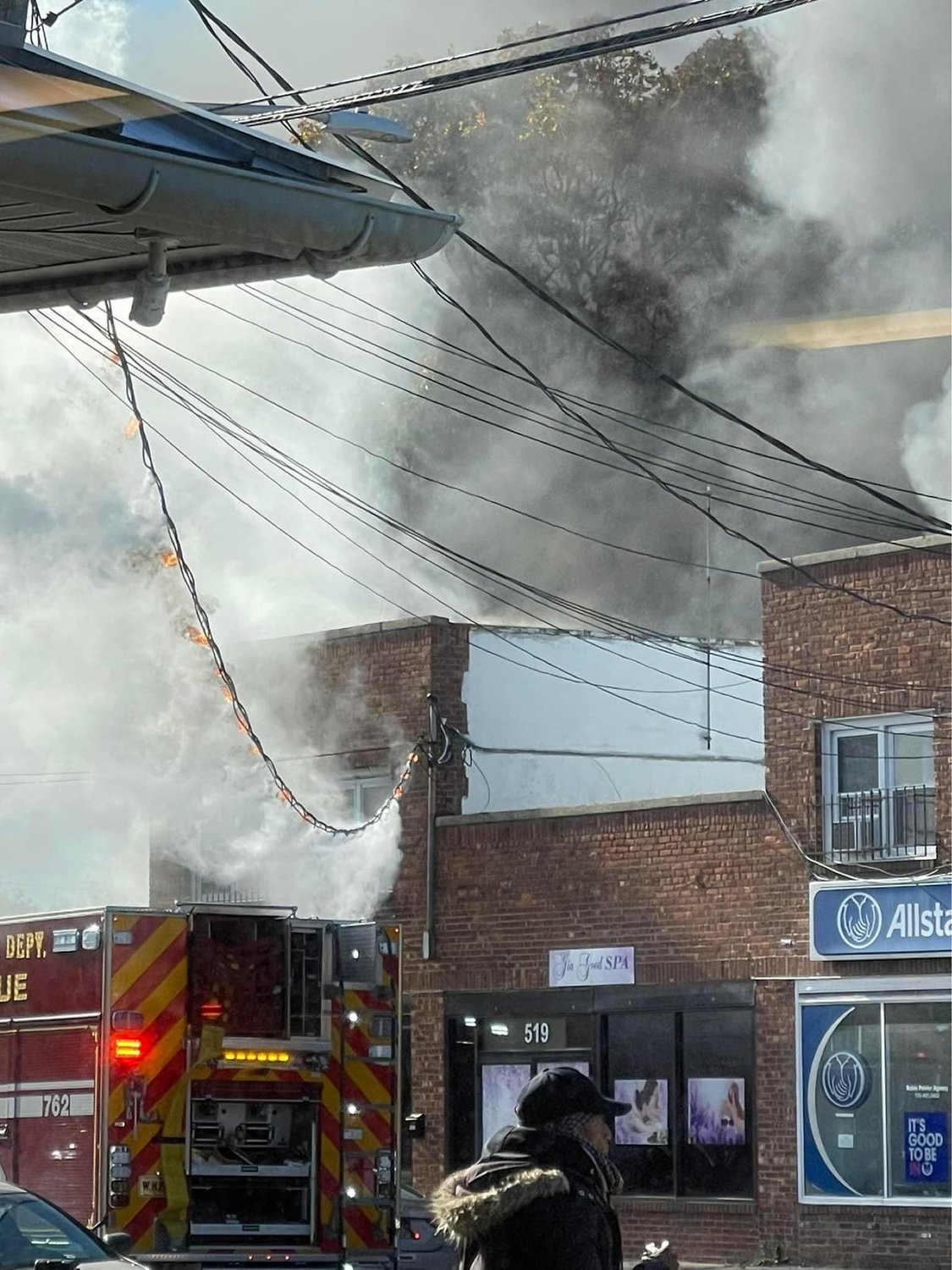 Smoke could be seen billowing above Hempstead Avenue just across the street from the West Hempstead Public Library on the afternoon of Wednesday Nov. 2 as a fire broke out above Mi Closet Thrift Shop.

Multiple fire departments including the West Hempstead and Lakeview Fire Departments responded to the blaze. The fire reportedly began in the second story apartments above the thrift store at 523 Hempstead Avenue in the early afternoon.

The fire spread into the floor below and caused significant damage to the thrift store within. Workers from the shops and residents could be seen standing outside in disbelief following the blaze. The fire was successfully contained and did not spread to any neighboring buildings.

The incident created a substantial disruption to traffic along the busy thoroughfare of Hempstead Avenue. Nassau County Police closed off the section of the road between Roosevelt Avenue and McKinley Street for several hours as firefighters worked to extinguish the flames. Through traffic was redirected to neighboring roads for much of the afternoon.

Mi Closet was left gutted following the blaze, with much of its contents removed. The shop’s ceiling was most heavily damaged, leaving a warped metal grid missing many of its ceiling panels, which lay heaped and broken on the floor.

The Town of Hempstead Department of buildings has since condemned the damaged building as unfit for human occupancy, according to an order posted on the building’s padlocked entrances by Inspector Andrew Manzo.