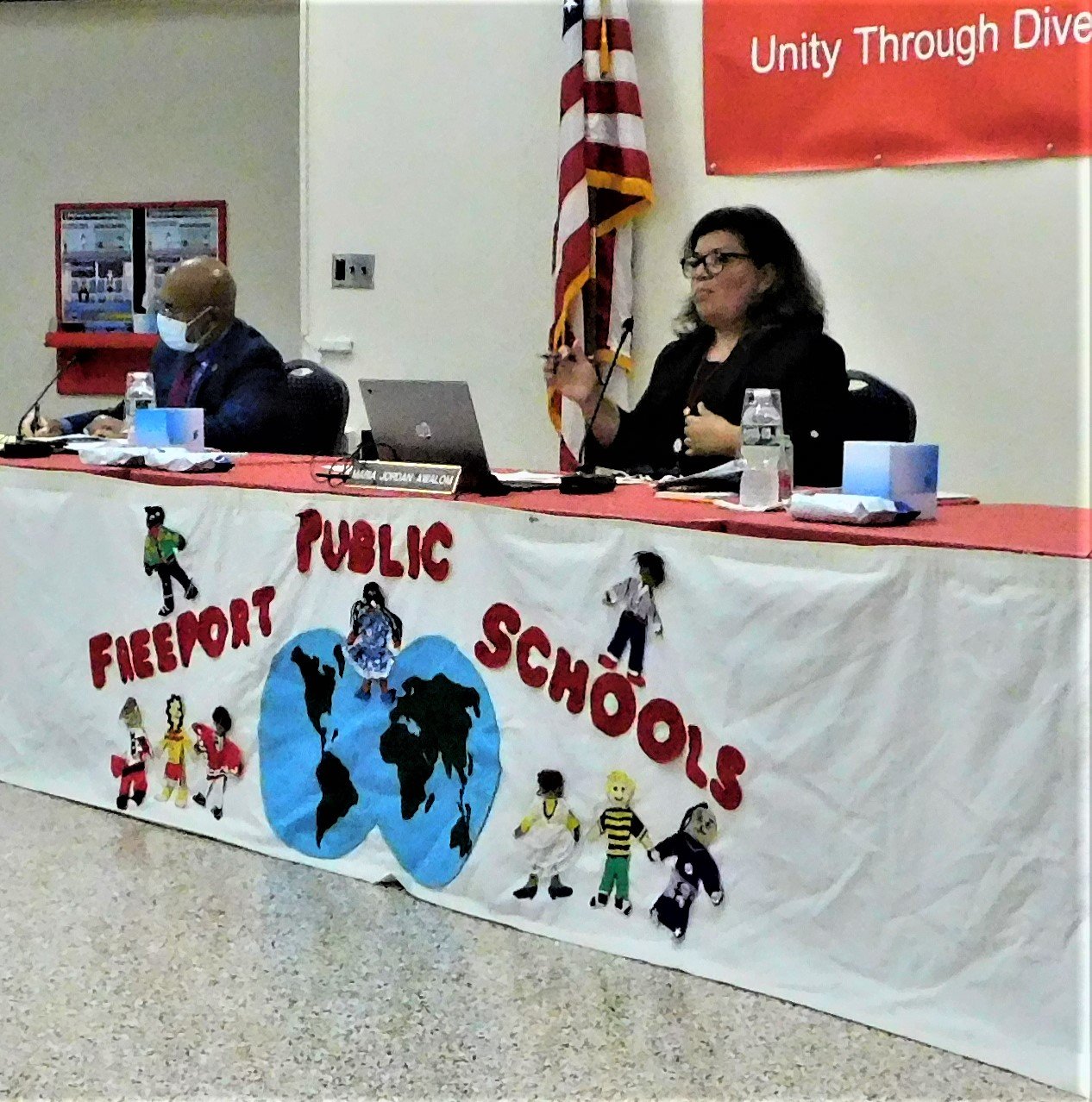 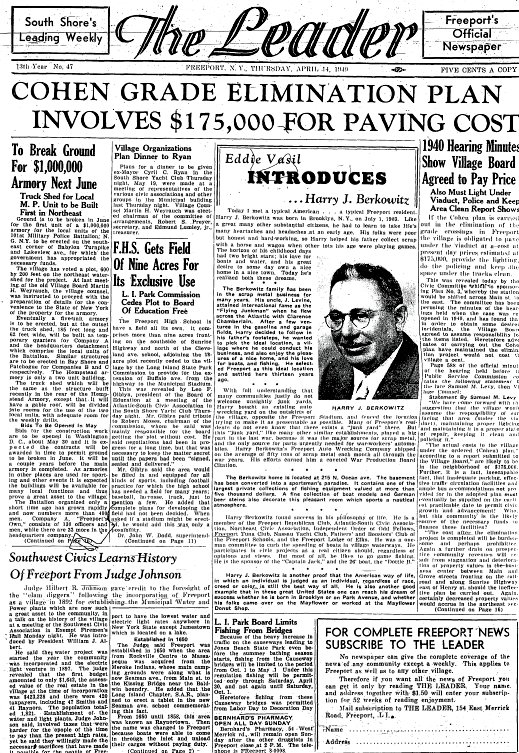 The April 14, 1949, issue of the Freeport Leader announced that a portion of the parkland on Cleveland would be set aside for exclusive use by the school district.
Reine Bethany/Herald 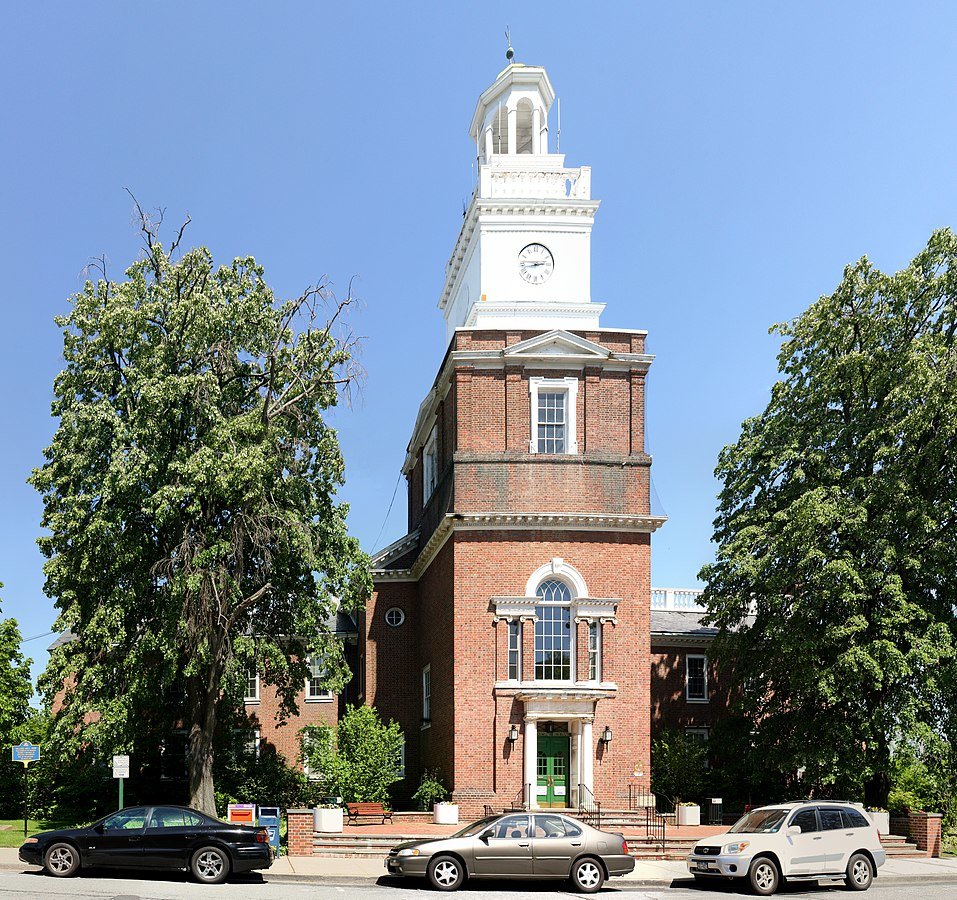 Freeport’s village government has maintained that the Long Island Parks Commission did not have authority to give Freeport Schools an exclusive right to use 9 acres of Cleveland Avenue Field in 1949.
Courtesy Ira Goldstein on Wikimedia Commons
Previous Next
District, village: separate governments

In New York state, a village does not have jurisdiction over school district matters, nor vice versa. Rather, school and municipal governments are separately accountable to the state.

The expense of the renovations would be “tax-neutral,” according to Village Attorney Howard Colton. The village pays off, or retires, $6 million to $7 million of debt yearly. The village would take out new loans for the renovations, but the amount would not exceed the debts that it normally retires.The residents would continue paying on the new loans without any tax increase.

A fundamental disagreement between Freeport’s village and school boards over the legal status of the Cleveland Avenue Field has prompted litigation from both sides, and ignited confusion and controversy among Freeport residents.

The conflict hinges on the legal meaning of a 1949 document, in which the Long Island State Park Commission granted an easement of parkland to the Freeport Public Schools. The school system has used the land as an athletic field for 72 years, and claims the easement cannot be revoked.

The village government denies the authority of the 1949 document, and claims the legal right to revoke the easement and sell the land.

“The village is in the process of negotiation with Amazon,” said Village Attorney Howard Colton in a phone interview. “They’re looking to put in one of these last-mile distribution hubs that they have in other parts of Long Island, and Amazon has identified Cleveland Avenue as a possible location for a distribution site.”

The Cleveland Avenue Field is a park at the eastern edge of the village, one block above East Merrick Road. Dense woodland separates the park on the north and east from Meadowbrook State Parkway, between exits 8 and 9.

The park has existed since June 14, 1946, when the Long Island State Park Commission “granted to the village an easement for park and highway purposes of a parcel of land containing approximately 17.5 acres.”

Three years later, on March 28, 1949, “the Commission granted to the School Board an easement of a parcel of land containing approximately 9.396 acres for playground and athletic purposes, said parcel being east of and immediately adjacent to the parcel granted by the Commission to the said village.” This description is in a June 18, 1949, commission document that adjusted the boundaries of the school parcel slightly.

The April 14, 1949, issue of the Freeport Leader announced in a headline, “F.H.S. Gets Field Of Nine Acres For Its Exclusive Use.”

John Gross, counsel for the Freeport Public Schools, said the easement is an enforceable agreement similar to a lease, which owners cannot void at will. Furthermore, Gross said, any conveyance of the school district’s easement to Amazon would require a vote from school district residents.

Colton, however, said the village can revoke the easement because it took ownership of the property from New York City in 1971.

Colton said the easement document on which the district relies “was reviewed by our attorneys. . . . [who] said that, no, the document they had is not a legally binding document on the village. The property does belong to the village, free and clear, and if anything there is a license on the property the village can revoke.”

Both sides cite case law to support their positions, though Gross said that even more important than case law were the many documents of deeds, indentures, and correspondence showing that the easement has remained alive and well throughout the 72 years since it was established.

To explain why the village government might want to sell the Cleveland Avenue parkland to Amazon, Mayor Robert Kennedy has repeatedly stated the new warehouse would create more than 300 jobs, Amazon would turn land that is currently tax-exempt into land that would generate so much money in taxes that it would reduce resident property taxes by 20 percent, and the loss of the dedicated athletic field would be compensated by the renovation of Cow Meadow Park on the village’s southern border.

Cow Meadow Park was owned by Nassau County until two weeks ago, when the New York State Legislature approved transfer of ownership to the Village of Freeport, and Gov. Kathy Hochul signed the transfer into law.

The village plans to overhaul Cow Meadow and allow use of its 30 acres to the school district.

"It is very troubling that the village has apparently decided to attack the school district's legal rights and jeopardize students' access to athletic facilities simply because they are negotiating a development deal," Gross said.

Gross also said the deal with Amazon has not yet taken place, so any talk of lowering property taxes cannot be verified because there is no deal to be examined.

In early October, the village mounted a $45 million lawsuit against the school district, saying the district was preventing the Amazon deal, causing a loss to the village. But a posting on the district website states that the district has not taken a position regarding development of Cleveland Avenue, and “remains willing to facilitate environmental inspections at the property, provided our interests are protected and the health and safety of our students preserved.”

Both village and district governments encourage inquiries from Freeport residents regarding the dispute. The Freeport Herald will follow the story as it develops.