New West Hempstead Water District tank is on the rise 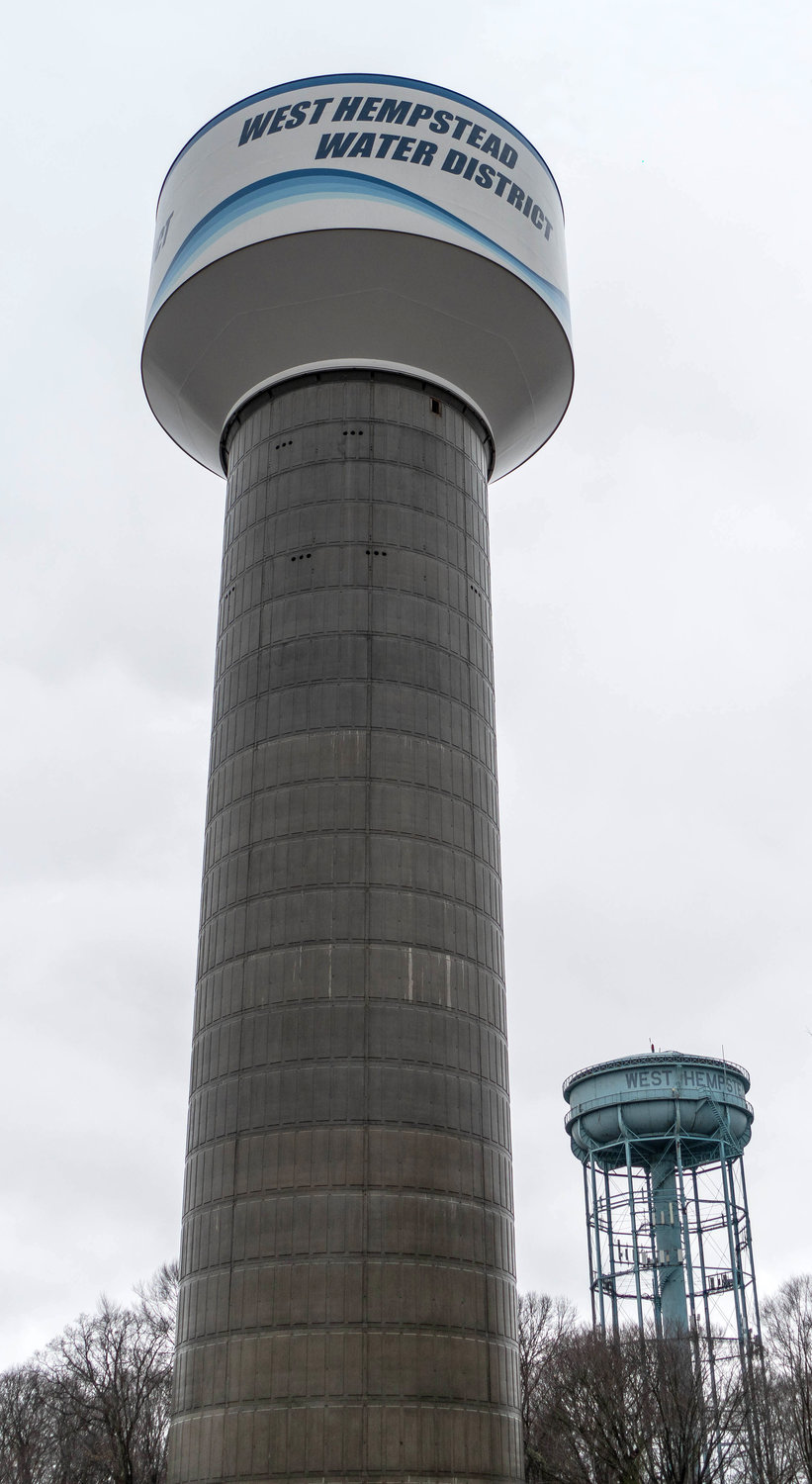 At a height of 165 feet, the West Hempstead Water District has a new water tower that will provide water to over 8,000 households. The district, which provides an uninterrupted supply of quality drinking water to residents of West Hempstead, Cathedral Gardens, Garden City South, and parts of Franklin Square, is witnessing a milestone moment as their 1 million-gallon steel ‘bowl’ has been successfully hoisted to the top of the new water tower and locked into place. The eight-hour process began on Jan. 8, and concluded that afternoon with the steel “bowl” erected high in the sky, overlooking the district and parts of Nassau County.
West Hempstead Water District started to plan for the new tower in 2013 after comprehensive studies and an evaluation of the existing tank’s condition were completed. It was determined that a new tank was the most cost-effective solution as the current tank had reached the end of its useful life. Water tanks designed today are more resilient, easier to maintain and better equipped to optimize water pressure during times of peak demand and fire emergencies, according to the WHWD.
Construction of the new tank began in 2017. The newly designed concrete pedestal has been rising since last summer, climbing to its peak of 165 feet. Once the steel container “bowl” is locked into place, finishing touches on the tank will be completed during the next three months.
“This is quite an event for the district,” said WHWD Board Chairman John Sparacio in a news release. “Our consumers are seeing their bond dollars at work as the tower is now in place. The West Hempstead Water District will have a new landmark tank which will hold 250,000 gallons of water more than the previous tank, which ironically was constructed almost 80 years ago to the day.”
“One of the major benefits of this design is the tank can go 20 to 25 years without any major maintenance or refurbishing,” said West Hempstead Water District Superintendent Robert P. York. “The previous tank needed maintenance every 10 years. This is an incredible cost savings to our taxpayers and this new tank will stand the test of time.”


Once complete and online, this concrete pedestal tank, more commonly known as a composite tank, will be the first of its kind on Long Island.
The Town of Hempstead approved an $8.4 million bond in 2017 to finance district upgrades that include replacing the previous 225-foot-tall tower. The district used $6.9 million of the bonding to construct the new tower. $264,000 was earmarked for the development of a new caustic tank, which will have a 6,000-gallon capacity. The remaining balance of the bond will be used to upgrade security throughout the district with new alarm systems and security cameras. District parking lots will be repaved and upgrades to district pump stations will begin sometime this year.
For more information on the new water tower at Birch Street, go to bit.ly/2SLqIQy.