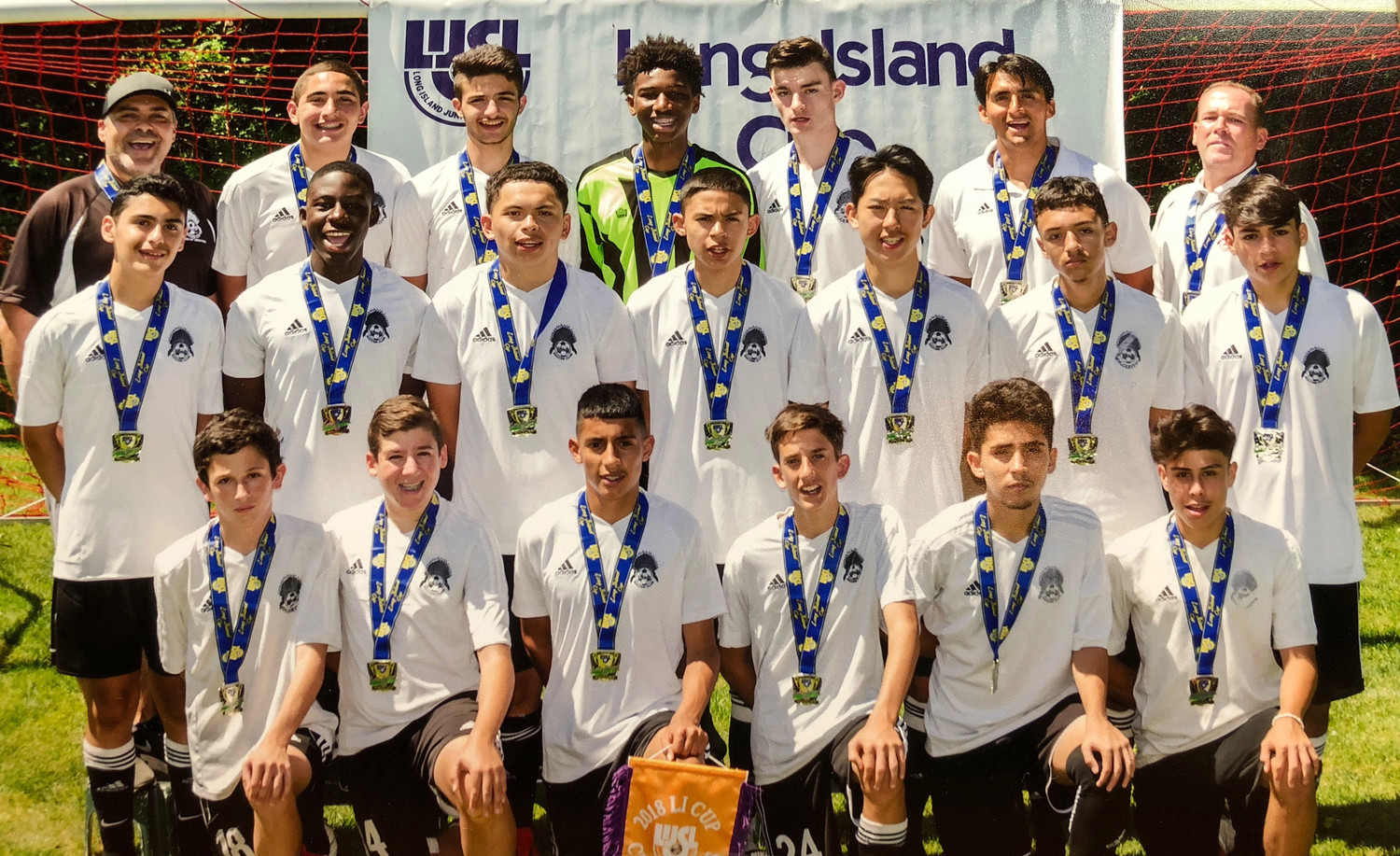 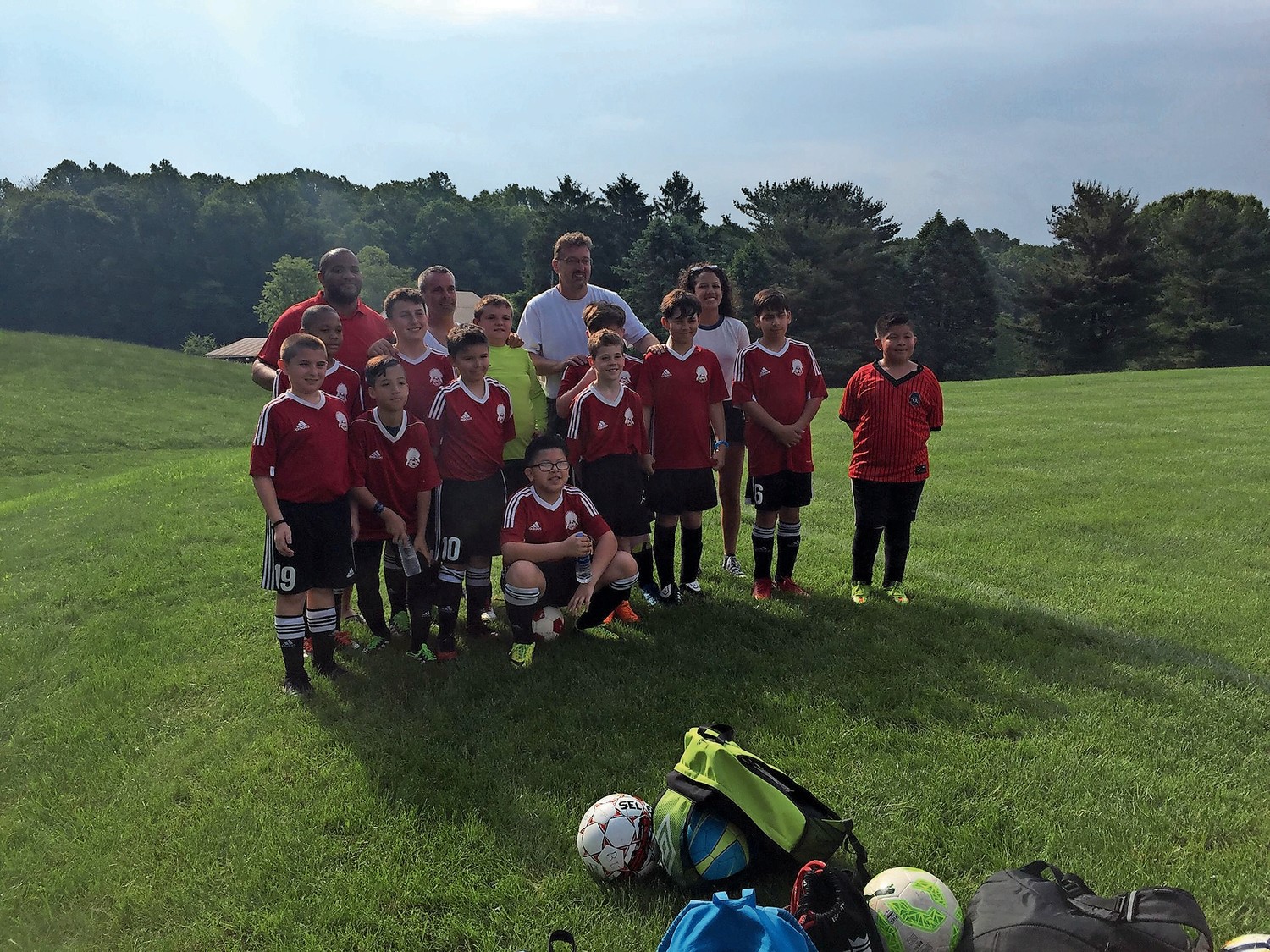 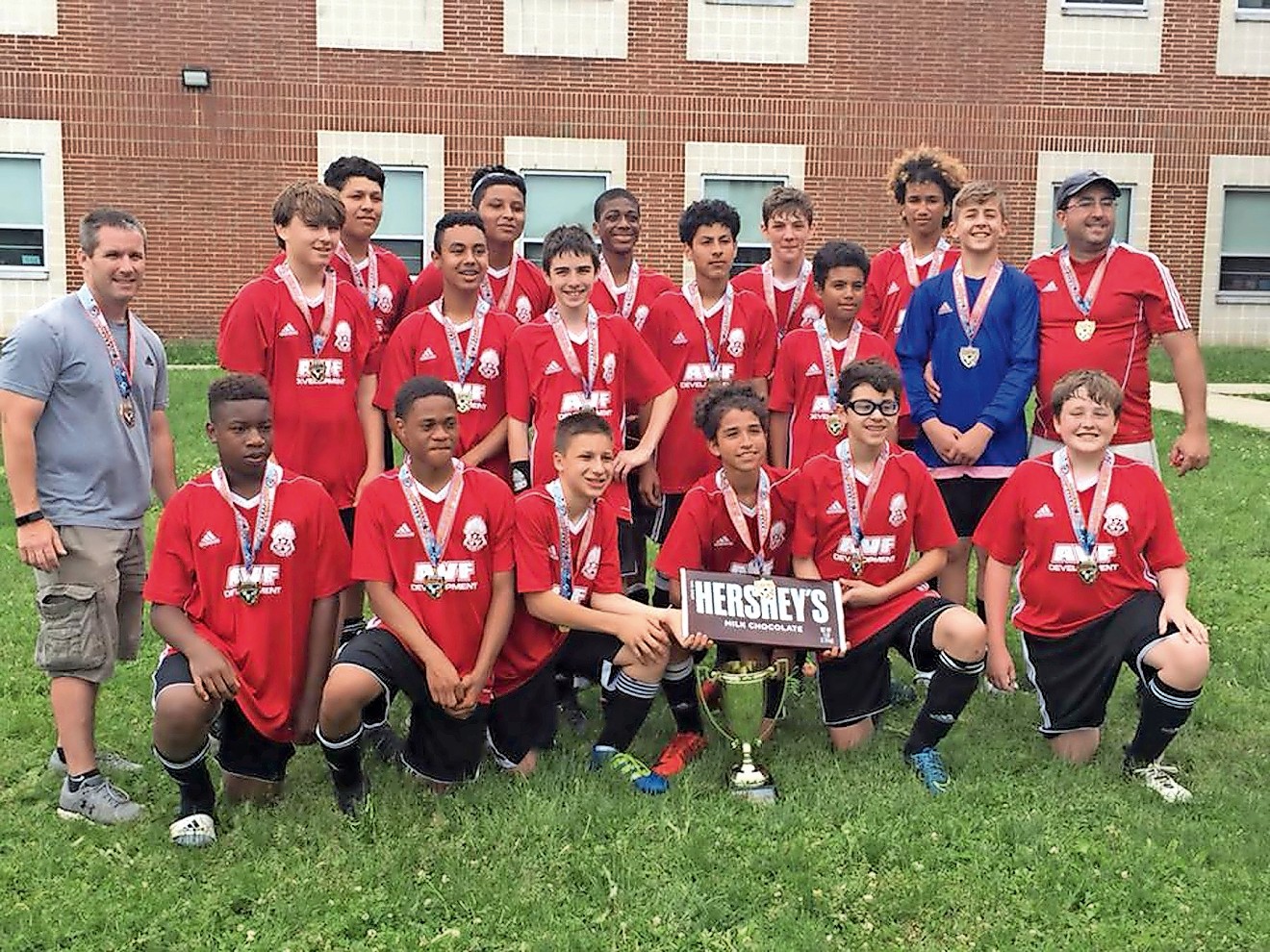 The West Hempstead Chiefs Soccer Club enjoyed success in several age groups during their spring season. The 15-and-under Seminoles boys’ team recorded one of the most notable achievements, winning the Long Island Junior Soccer League’s Long Island Cup.
“The feeling was amazing,” said Patricio Solar, the team’s head coach. “Even though we won 4-0, it was much more than that. We knew we had to score first and play aggressive. Our opponent was a very good team, and any mistake could let them back in the game. We took nothing for granted and played hard until the final whistle.”
The road to the championship comprised five single-elimination games. Twenty teams took part in the tournament, and Solar said that the competition was tough. The Seminoles had advanced to the finals in 2016, but came up short. “We used that experience to motivate us this time around,” he said.
Coming into the season, Solar said, he and the team were confident that they would play well in their division and in cup competition. The Seminoles focused on better ball movement on the pitch while learning to play more cohesively. Some key players were injured in the middle of the season, Solar said, but the team finished third in its division. Once the Seminoles advanced to the playoffs, winning the L.I. Cup was their ultimate goal.
“To be able to raise the L.I. Cup banner was truly a great feeling as a coach,” Solar said, “but more importantly, the sense of pride and accomplishment that the boys felt after the game is something they’ll cherish forever.”


He added that the team’s chemistry played a role in its success. The core group for the Seminoles has played together for over a decade. “We’ve added a couple players over the years, but the nucleus remains the same,” he said.
The West Hempstead Titans boys’ 14-and-under team tied for first place in the Champion division of the LIJSL with a record of 7 wins, 1 loss and 1 tie. The team scored 25 goals and gave up only 9 during the season.
“We’re very pleased [with] the way the boys worked together as a team this past season,” said Titans head coach John DeCristoforo, “and we look forward to competing in the fall season.”
Four of the 11 teams in the Chiefs Soccer Club won the LIJSL Sportsmanship Award in their respective divisions. The award, which was introduced by the league in the early 1980s, recognizes teams that exemplify fair play and teamwork.
Team Fury, the club’s 14-and-under girls’ squad, won the award for a second time. “It’s always a nice honor to be recognized for how well the girls behave and represent the team on the field,” said coach Chris McShea. “They enjoy playing, and know that it’s important to play the game the way we practice. As a coach and parent, I’m extremely proud of the team.”
“No matter how tough of a game the boys were in, they didn’t complain and they didn’t give up,” said Jermaine Crandall, whose 12-and-under team, the Falcons, won the sportsmanship award in their division. “No matter the outcome, they held their heads high, and always shook the hands of their opponents without any issues.”
Crandall added that the habits the club looks to instill in its players include hard work, a never-give-up mentality, and respect for the game as well as their competitors.
The teams in the Chiefs club are currently preparing for the fall season. Solar, who is also a board member who coordinates the club’s travel team, said that it hopes to pick up where it left off and continue to proudly represent the community with its play on the pitch.
Report an inappropriate comment