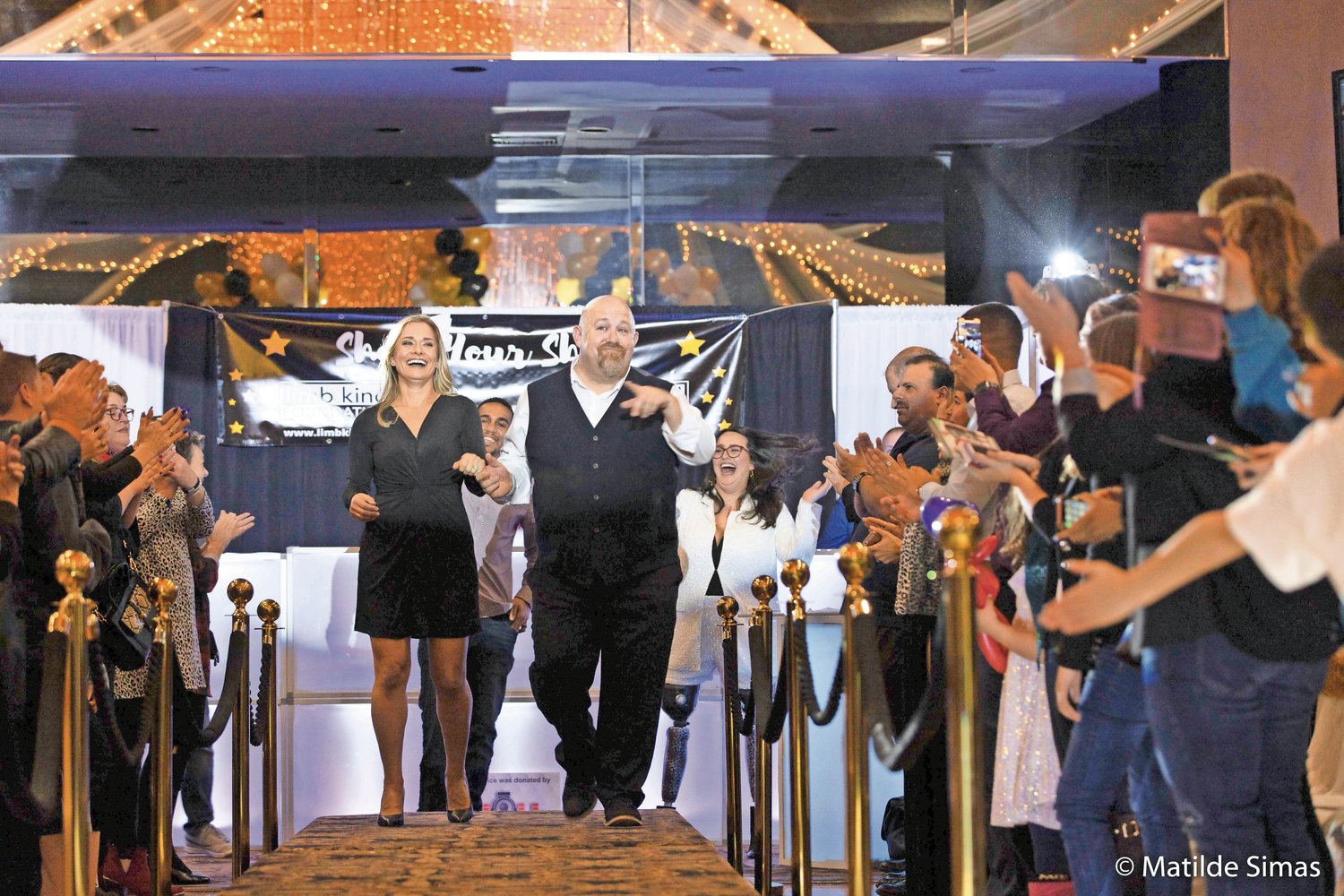 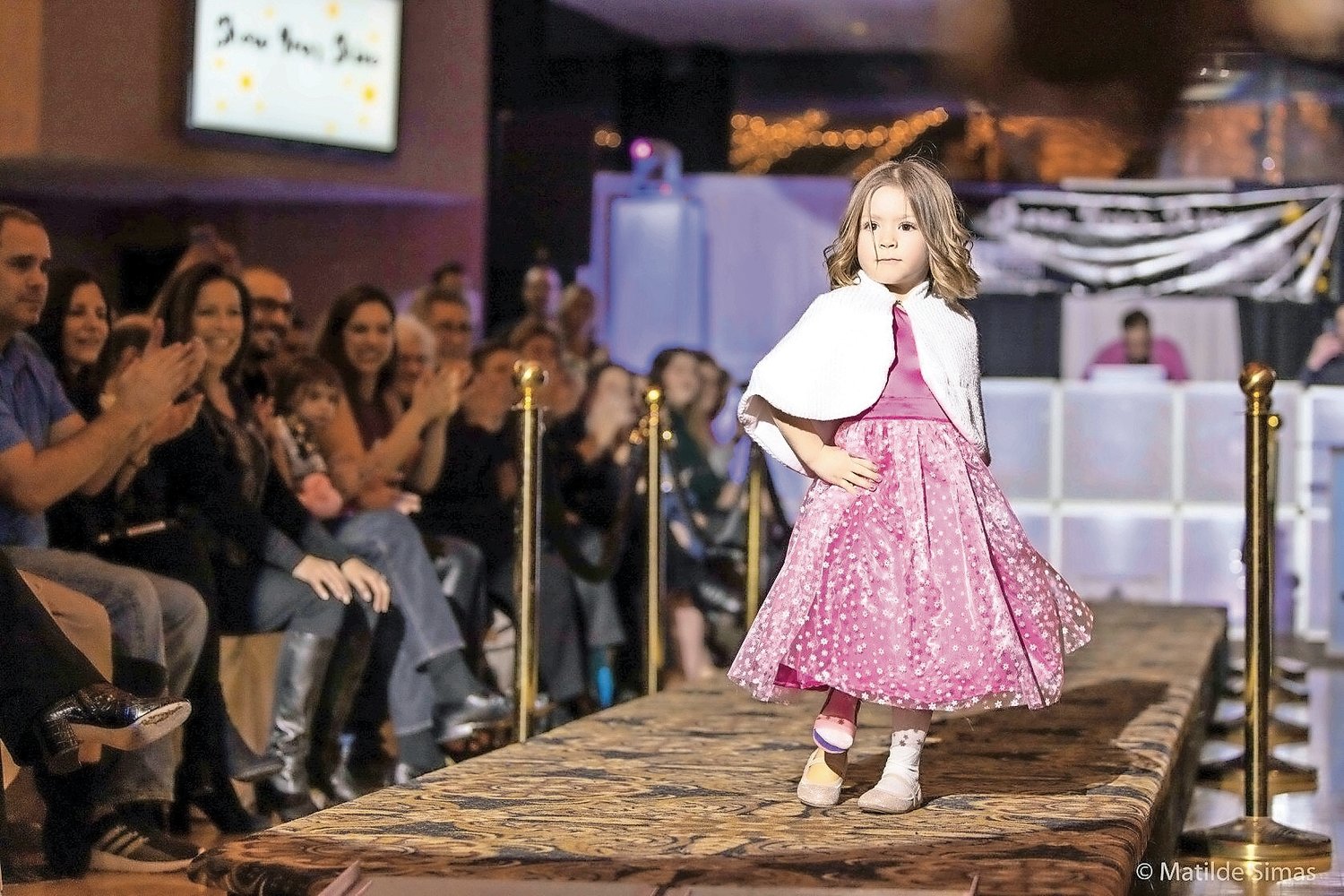 Aurora Browne, 5, of Newark Valley, N.Y., walked the runway at the “Show Your Shine” event in Oceanside on Jan. 11.
Matilde Simas/Limb Kind Foundation 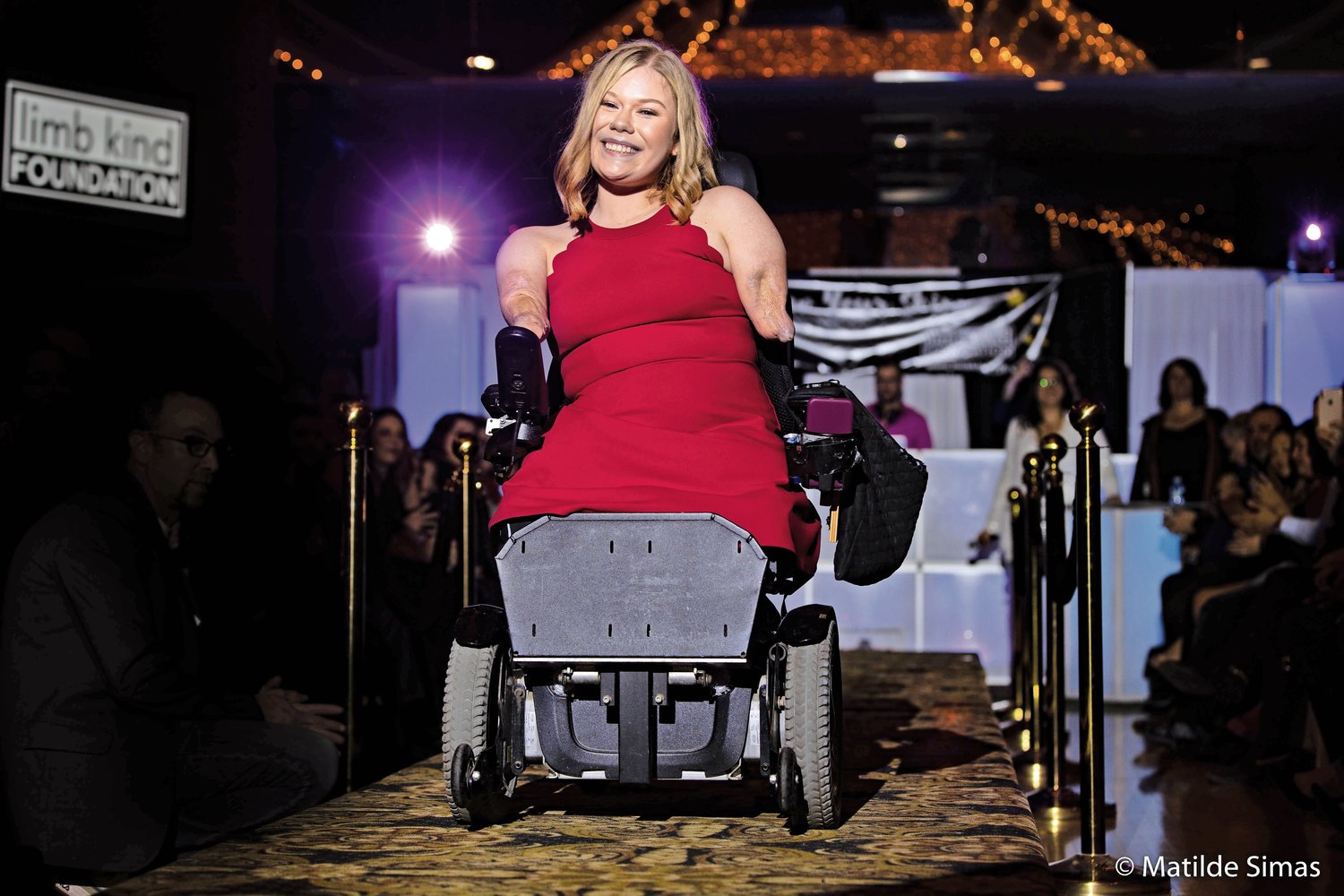 Bella Tucker, 17, of Londonberry, N.H., was a model at the runway show.
Matilde Simas/Limb Kind Foundation 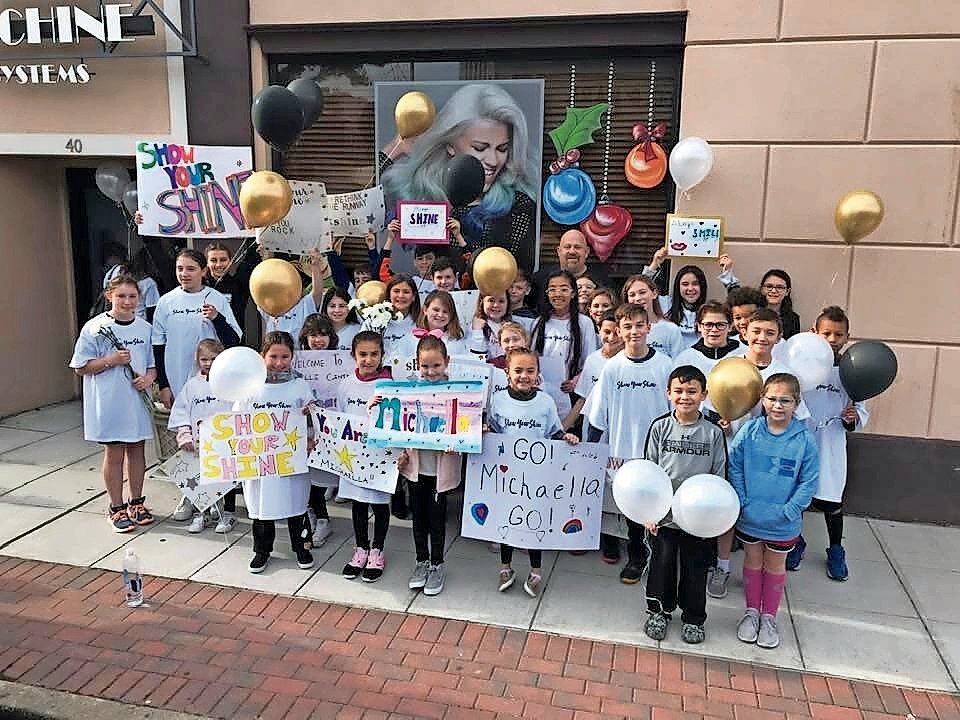 Smith, of Rockville Centre, left, joined make-up artist Jennifer Jaksic at Hair Machine as she did make up for Yvonne Llanes, 51, of San Antonio, T.X. before Llanes hit the runway.
Doug Z. Goodstein/Limb Kind Foundation
Previous Next
By Briana Bonfiglio

Held at Oceanside Jewish Center, the adults and children with limb differences came from across North America — 12 states and Canada — to strut the stage as models for the night in an inspiring and moving fashion show that “shined light” on their physical differences.

“They’re stared at all the time for the wrong reasons,” said Jill Smith, of Rockville Centre, who organized the event. “And this night was about staring for the right reasons.”

Smith’s brother, Rob Schulman, is the founder and president of Limb Kind Foundation, an Oceanside-based organization whose mission is “improving the lives of children with limb loss, both domestic and international, by strengthening the amputee community and providing pediatric prosthetic care to all,” he said.

Schulman has traveled to Haiti and the Philippines to donate his services making prostheses for young people with limb loss who wouldn’t otherwise have access to them. Last year, he and his team donated at total of 40 prostheses to youth in these countries.

All proceeds from “Show Your Shine” are going toward the organization’s mission trip to Ethiopia next month, which Smith and Schulman will both embark on. Smith is an occupational therapist and will assess those with limb loss before they receive their new prostheses, and then help them adapt once they receive them.

But the event was much more than a fundraiser, Smith emphasized. “My goal was to build their confidence, and we did,” she said. “To see them get up in a room of 300 strangers, with big smiles, was amazing. My goal was accomplished in a thousand ways.”

To kick off the day, the models arrived in two stretch limousines — donated by Broward Limo in Island Park — to Hair Machine in Rockville Centre. Outside the salon, a group of Oceanside Project Extra students greeted them with signs, balloons and flowers — a “paparazzi pool,” said Angela Abend, director of the Project Extra program.

“This was part of our continuing support of the Limb Kind Foundation,” Abend said. “We waited for the limousine, and the children screamed and hollered and whistled as the models entered into the salon.”

Hair Machine owner Justin Ferrara donated hair and makeup services to the models. Throughout the day, an NBC news crew filmed the activities for a future special on the television station.

“It was really heartwarming and emotional to have the models here,” said Jennifer Jaksic, manager and beautician at Hair Machine. “It was intense in here — it was busy and NBC was here, which was cool — and we were happy to do it and be a part of it.”

Jaksic noted that one or two clients, seeing what was going on, decided to make donations to the Limb Kind Foundation.

After everyone’s hair and makeup was complete, they headed to Oceanside Jewish Center for the big show. Jonathon Page, of Party Train DJ, donated decorations, lighting, a DJ staff and other party production to the event.

Each model stood on stage and walked the runway, met by cheers and applause from the audience on either side of them. Project Extra students were among the warm, welcoming audience, Abend noted, gracious that the students were involved. “It was incredible,” she said. “I can’t even do it service with words. It was just a beautiful night.”

“I can see [the models’] warm smiles, confidence and body postures, and it’s incredibly heart warming,” Schulman said. “Knowing how much this event meant for them, it could have changed their lives … it’s amazing.”