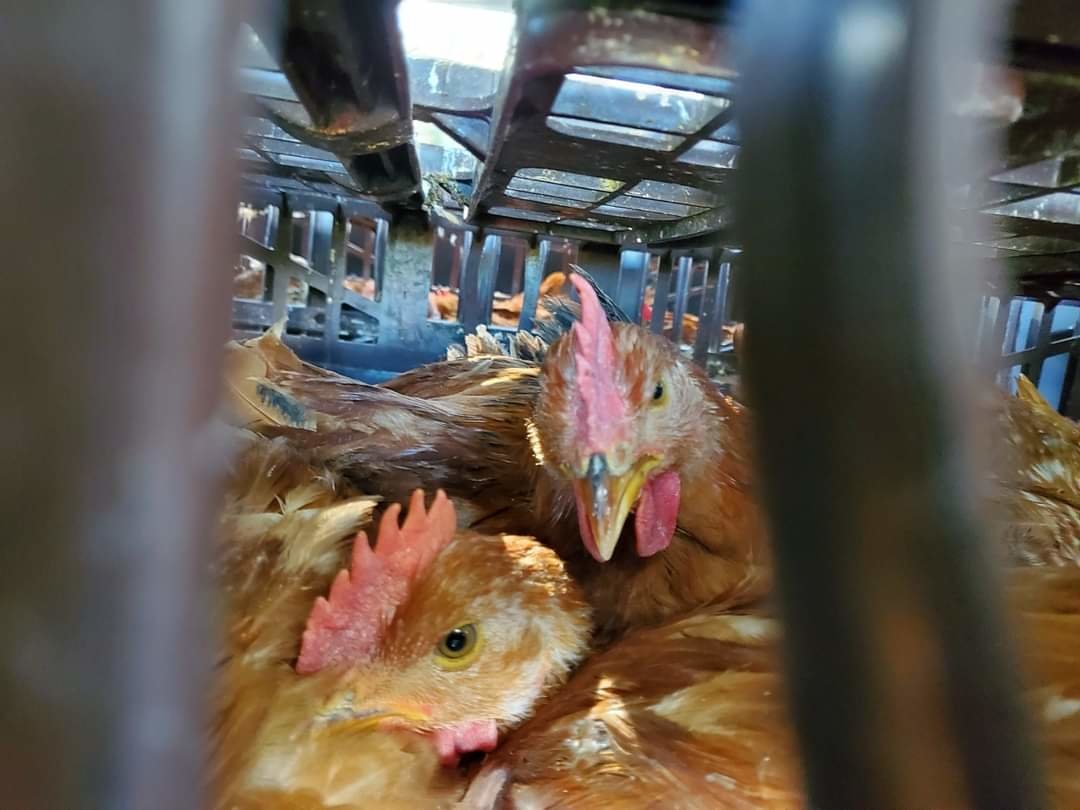 Nearly 70 chickens that fell off a truck on Peninsula Boulevard in Hewlett on Nov. 4 were rescued by a collaboration of individuals and nonprofit groups.
Courtesy Nassau SPCA
By Jeff Bessen

If you were driving on Peninsula Boulevard in Hewlett on the afternoon of Nov. 4 and saw a truck full of chickens, then saw a variety of 66 Ranger chickens bred for the meat industry fall off the slaughterhouse-bound truck, you were not seeing things.

Long Island Orchestrating for Nature, the Nassau County Society for the Prevention of Cruelty to Animals and They All Want to Live, along with upstate animal sanctuary and a local farm preserve joined forces to rescue the chickens. Four of the chickens suffered broken toes, one suffered a broken femur, one suffered a cracked beak, another was found to have a severe bacterial or parasitic infection unrelated to falling off the truck, said John Di Leonardo, an anthrozoologist and president of Lion.

An anthrozoologist studies the different interactions between humans and animals. LION is a leading animal advocacy nonprofit organization.

The injured and sick chicken was taken to a veterinarian. As of press time 33 of the chickens have been placed in adoptive homes. LION rescues hundreds of domestic ducks, chickens and other animals every year from slaughterhouses and abandonment from New York City to the Hamptons, Di Leonardo said.

The chickens are only six to eight weeks old and still peeping, but are very large due to their breed and will need to be kept on a restricted diet in order for them to live full lives,”

Di Leonardo said. “Like all animals, chickens are typically slaughtered when they’re still babies, but these lucky survivors will get to live full lives, up to 10 or more years, foraging and enjoying acres of land where they will be loved and never eaten.”

Jessica Zafonte, executive director of They All Want to Live said that the hands-on rescue of the chickens, around the clock care, finding the and approving the adoptive homes, setting up the homes, including buying what she said was fencing valued at $1,200 and coordinating and paying for the animal transport has been performed by several individuals, her organization, the SPCA and the upstate sanctuary. Both Zafonte’s group and LION paid the veterinarian bills.

For more about LION, go to https://www.humanelongisland.org/about.