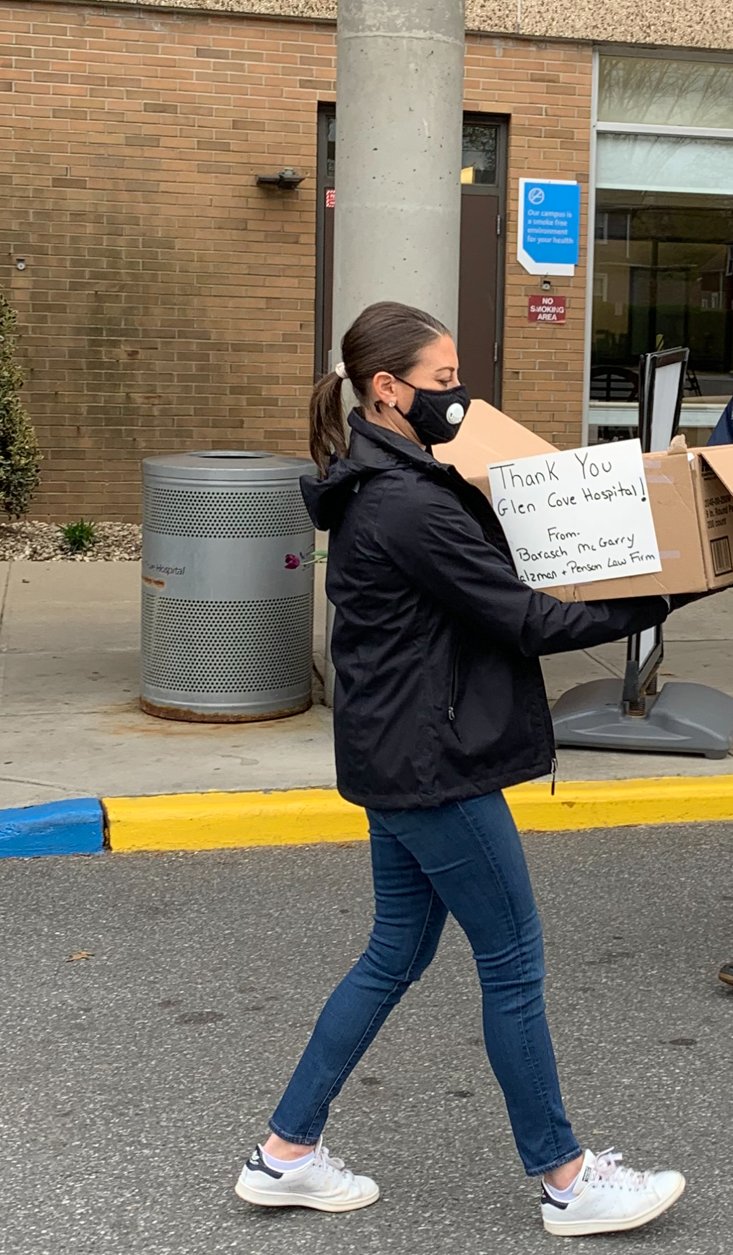 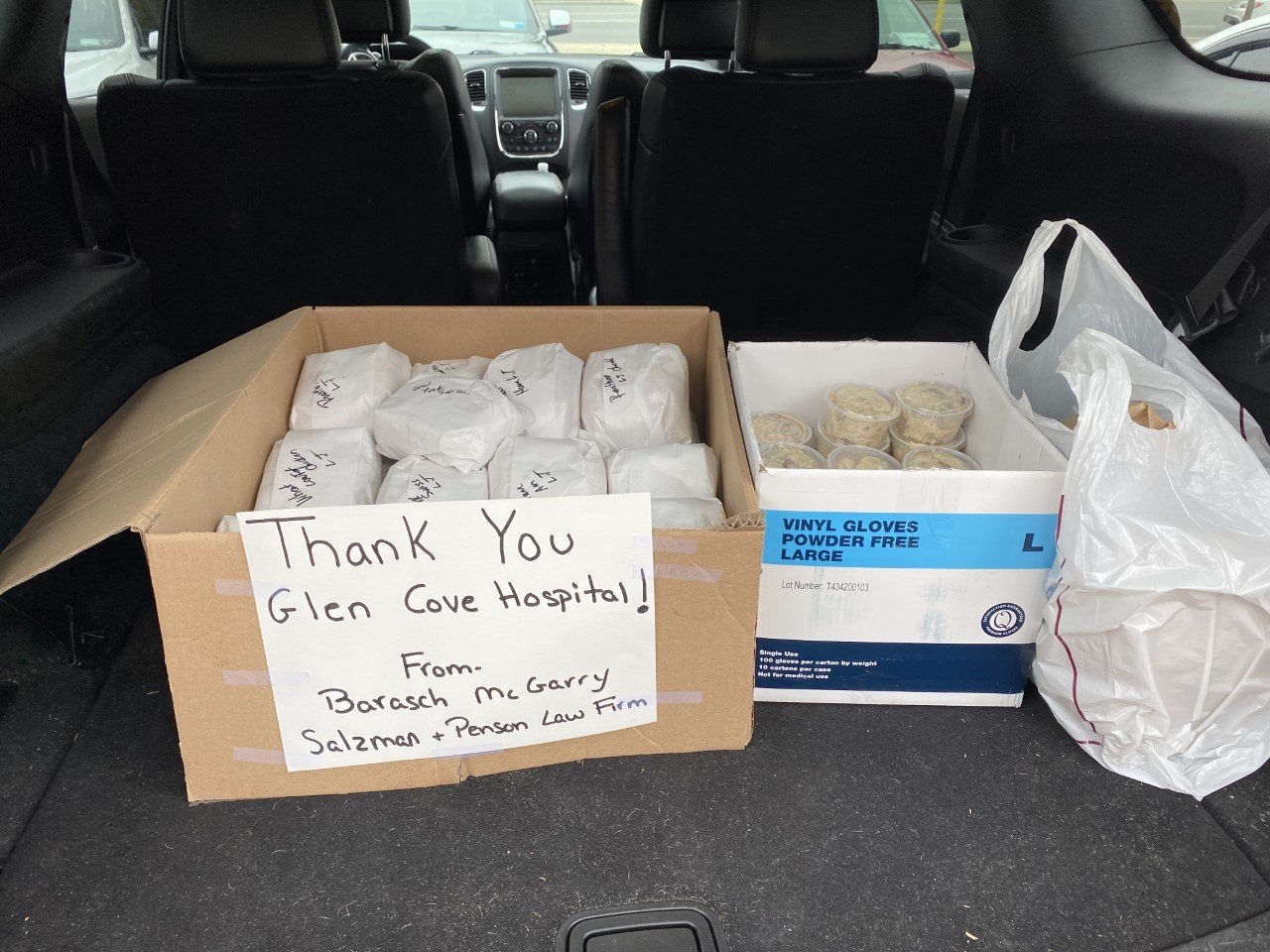 Frontline medical workers that have been working to provide lifesaving treatment at Glen Cove Hospital amid the Covid-19 outbreak were treated to a delivery of several hundred meals donated by the Barasch McGarry law firm at lunchtime on Sunday.

Barasch McGarry is a longtime advocate for first responders and the entire 9/11 community. Sara Director, an attorney at the firm that represents more than 20,000 first responders and survivors of the September 11, 2001 attacks, was among those making the deliveries. She grew up in Glen Cove, volunteered at Glen Cove Hospital as a teenager and now lives nearby, in Locust Valley.

The medical workers have been confronting an unprecedented crisis for weeks, as local hospitals continue to provide health care for thousands of patients affected by the coronavirus.

In addition, snacks and sports drinks have been donated to 14 area police precincts, in partnership with the FealGood Foundation, the Retired Sergeants Association of the New York City Police Department, the New York State Fraternal Order of Police and Nassau Police Lodge 69. Groceries have also been delivered to local food pantries for distribution.

“These people are our heroes. They need to be fed and they need to be taken care of so they can take care of us,” said Michael Barasch, managing partner of Barasch McGarry. “In this time of need, we are proud to support first responders who have been forced to sleep in their cars and the medical providers working extended shifts to protect the public health. We owe them all an enormous debt of gratitude.”