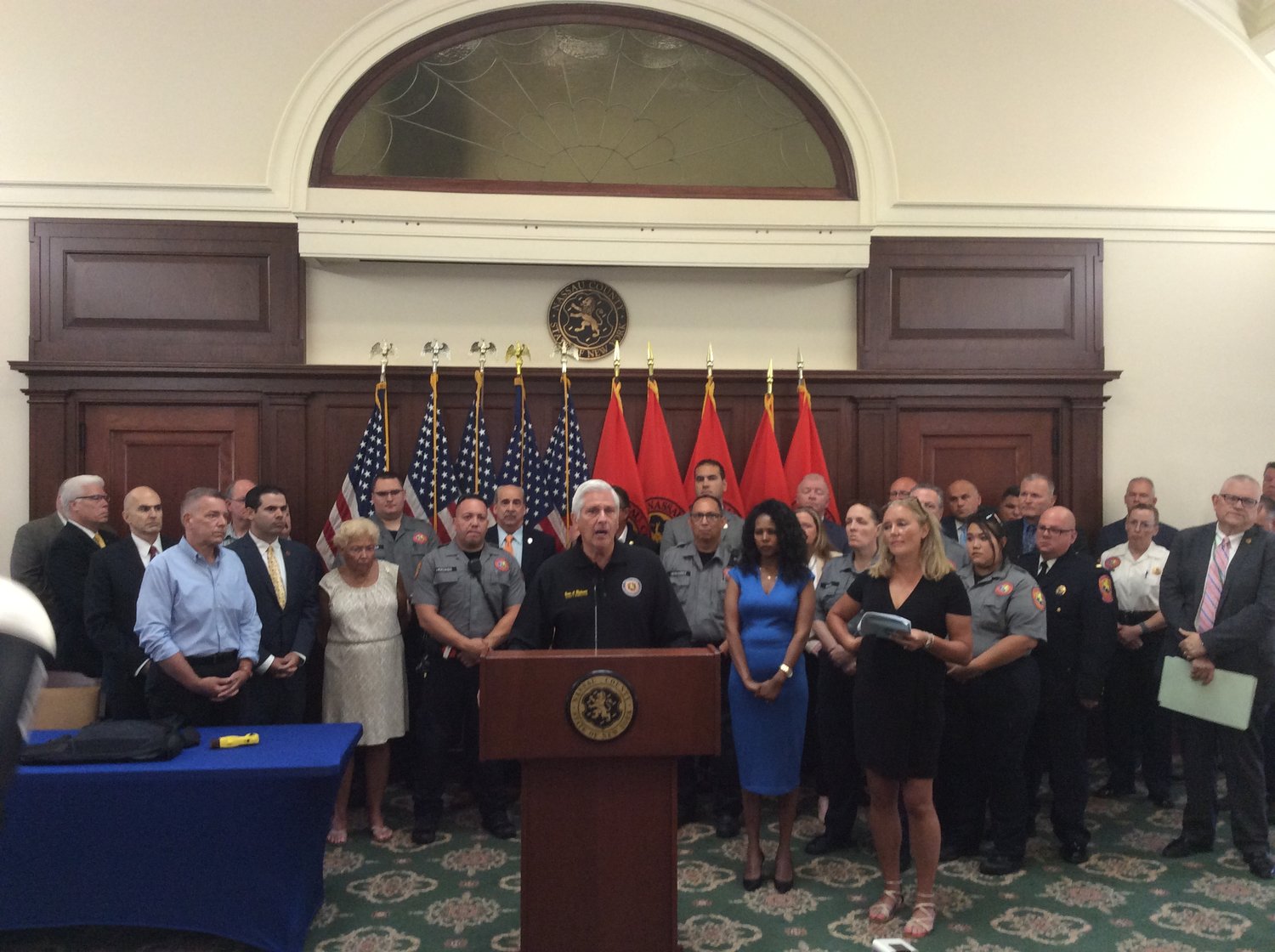 Bruce Blakeman remains at odds with Democrats over a $156 million borrowing plan intended to fund everything from public safety and police equipment to road upgrades.

Six Democrats in the Nassau County Legislature abstained during a vote last week after adding a series of road projects to the spending plan, including improvements to Franklin Avenue in Hempstead as well as to Babylon Turnpike and Nassau Road in Roosevelt.

“You can’t fund a project that hasn’t been approved,” the county executive said. “The Democratic caucus and the county legislature chose to put politics above public safety by holding public safety hostage in a way that was completely illegal.”

More than $7.5 million had already been committed for Long Beach Road improvements, and another $1 million to complete Centennial Park in Roosevelt. Republicans also had earmarked $350,000 to finish streets in Baldwin.

Democrats offered instead to borrow money for the police-related items in Blakeman’s capital plan like a dozen new ambulances, hundreds of bulletproof vests, 1,300 stun guns, a police radio system, guns and vehicles.

“This is very important legislation for our members and our safety,” said Jeff Gross, president of the Nassau Detectives Association. “Tasers, vehicles, radios and vests are all very important for us to do our jobs. I’m hoping that somehow we can work this out.”

Minority Leader Kevan Abrahams, however, said in a statement that he agreed. But that funding was threatened by Blakeman and Republicans, not Democrats.

“The Minority Caucus offered no fewer than a dozen times during Monday’s legislature meeting to authorize nearly $15.5 million in new borrowing for our law enforcement professionals and first responders,” he said. “Had (Blakeman) agreed to address this funding separately, we would have passed it unanimously while we negotiated a fair and complete capital plan amendment.”

Both sides did not meet immediately after the debate, but a resolution could still be on the table, Legislator Delia DeRiggi-Whitton said, which could come in time for the legislature’s next meeting Aug. 8.

“We’re going to propose a compromise,” DeRiggi-Whitton said. “Communication and bipartisanship, that’s what we need.”