Kyla shares her motto, ‘Live life sunny side up’ weekly 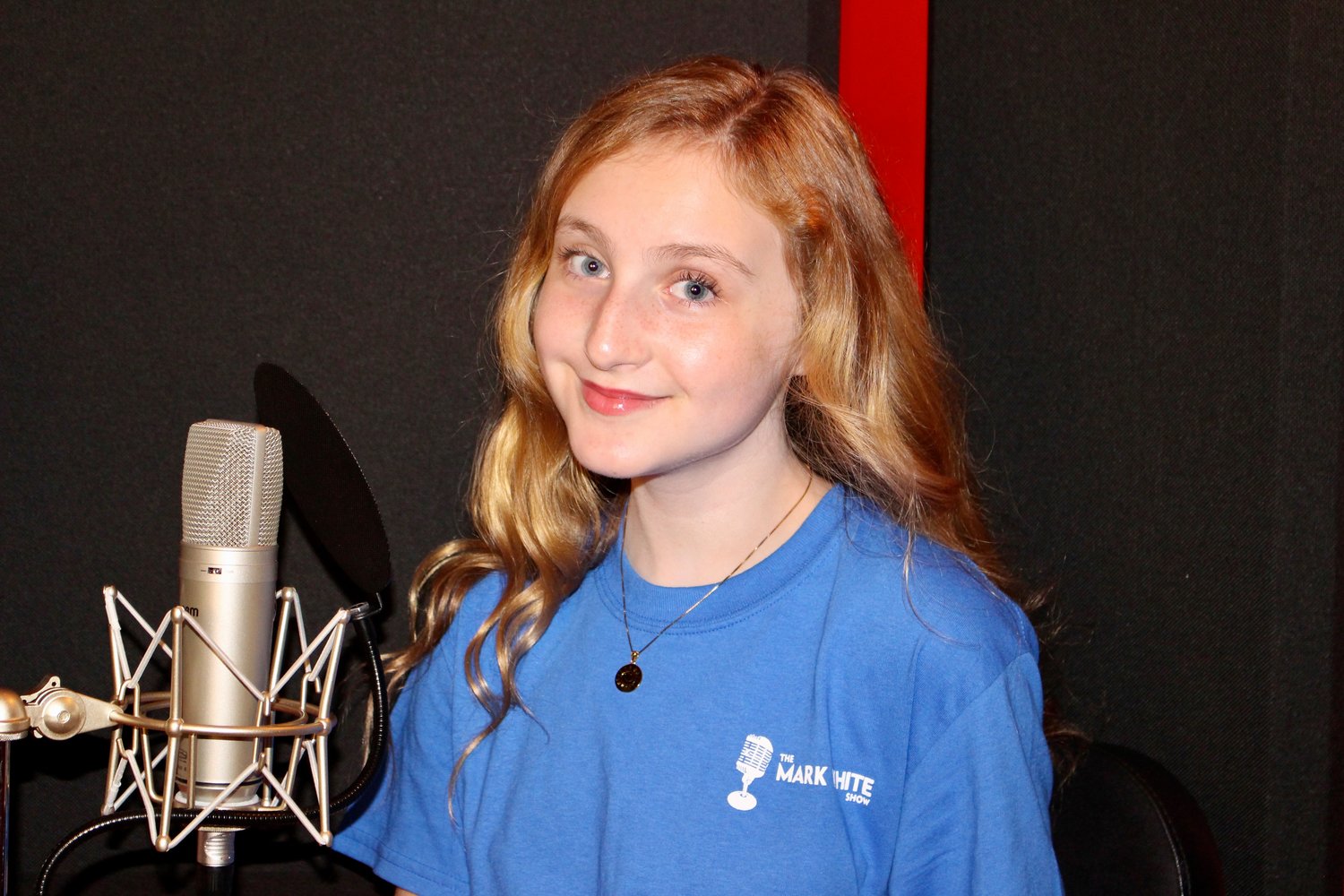 Kyla Carter always loved singing and dancing but did not know she could become an actress. Then at age four she watched her first Shirley Temple movie. That’s when Kyla said she realized she could be an actress too.

“She was singing all the time before she was five and asked for singing lessons for her birthday,” Alex, her father said. He and his wife were both educators with no experience in the entertainment field. “Everyone kept telling us to bring her to Manhattan so we finally did for a showcase opportunity where there were agents and managers. We really did that, hoping everyone would leave us alone.”

Kyla sang a song and did a short monologue, which Alex said, he figured would be the end of her desire to become an actress. The next day, he and his wife Ranel’s cell phones would not stop ringing. “Agents and managers called us and we had no idea who they were,” he said. “When there was a school vacation we took Kyla to the city to see the different managers and agents, who usually don’t work when school is closed but said they would come in to meet with us. We were such newbies to the whole thing.”

Signed with Abrams, one of the top theatrical agencies in the business, Kyla at age five went on her first audition for a program airing on ABC. She landed a part on the show, “What would you do?”

Now 14, Kyla, a professional voice-over artist, has been acting, singing and dancing ever since. Although she is a freshman at Sayville High School, Kyla visits the hamlet of Oyster Bay often. Alex has worked for East Woods School for 22 years, starting his career there as an English teacher. He is currently the assistant head of school and the head of upper and lower school. Kyla’s brother, Camden, attends the school. The family has a second home in Oyster Bay, which has provided many opportunities for Kyla to visit.

“I like everything about Oyster Bay,” Kyla said. “It’s a cute little town and people are so friendly. I hope to spend my summer there when Covid is over.”

A professional voice-over artist and actress, she has also been cast as Hattie the Witch in the animated Nickelodeon series, "WALLYKAZAM!" and Young Nora in the HBO series, "The Leftovers." Kyla began her professional stage career when she was eight years old, when cast in the Broadway National Tour of "The Sound of Music," directed by three time Tony winner, Jack O'Brien. Currently, she works for DreamWorks animation in the Netflix series, "Trolls: The Beat Goes On," portraying CJ Suki.

Kyla has Instagram and Facebook accounts, which she uses to communicate with her many fans. Mark White, a former police officer, who operates a radio show out of Alabama reached out to Kyla on Instagram in May. He had been airing The Mark White Show, a 30 minute inspirational radio show, since November 2017.

White said he was worried about how the coronavirus pandemic was affecting people’s spirits so decided to focus more on discussing health issues, organizations that could help and musicians that shared a positive message. His show was geared more for older people, he admitted. But after following Kyla on Instagram he thought he may have found a way to reach a younger audience too.

White interviewed Kyla in May and was impressed. “I thought, why not add a segment for Kyla and I could incorporate it every week into my show,” White said. “I figured let the kids share their message. Kyla shares a three to five minute message every Saturday that she sends in to me from her home on Long Island.”

The segment, which is called Kyla’s Korner, has become a hit, White said. Children have reached out to Kyla on Instagram and say they love the show.

“My fans are listening, which is great,” Kyla said. “Sometimes I get constructive criticism or someone reaches out that wants to talk. I like to do that. I have friends in London and France, all over the place.”

“I’ve always had a positive outlook on things,” she said. “Why be dreary and sad when you have so much to look forward to?”

She had not done a podcast before working with White, and said she was nervous, initially. “You have to have a conversation with someone who doesn’t respond,” she said. “It was different but I really ended up enjoying it.”

Kyla writes out a script of what she wants to talk about for her segment bulleting the major points. Then she imagines a person who is discouraged, depending on her episode, or a person that just wants to learn something, she said. She records her segment in her home studio, which was built during the coronavirus.

“Kyla has always been kind,” Ranel said. “There is no acting when it comes to her sincerity. She is genuine and wants to help. And she is a very hard worker and feels she is making a difference.”

Her daughter, Ranel added, loves acting, but not for fame. Kyla is humble and was drawn to being a part of the Mark White Show because he wants to make a difference and help people as she does. “There are a lot of kids out there that need someone to talk to,” Ranel said. “Kyla learned at a very young age that the reason why people make fun of others is a lack of their own confidence. When people reach out to her and say, ‘I want to be like you,’ Kyla says, ‘No. You want to be yourself.’”