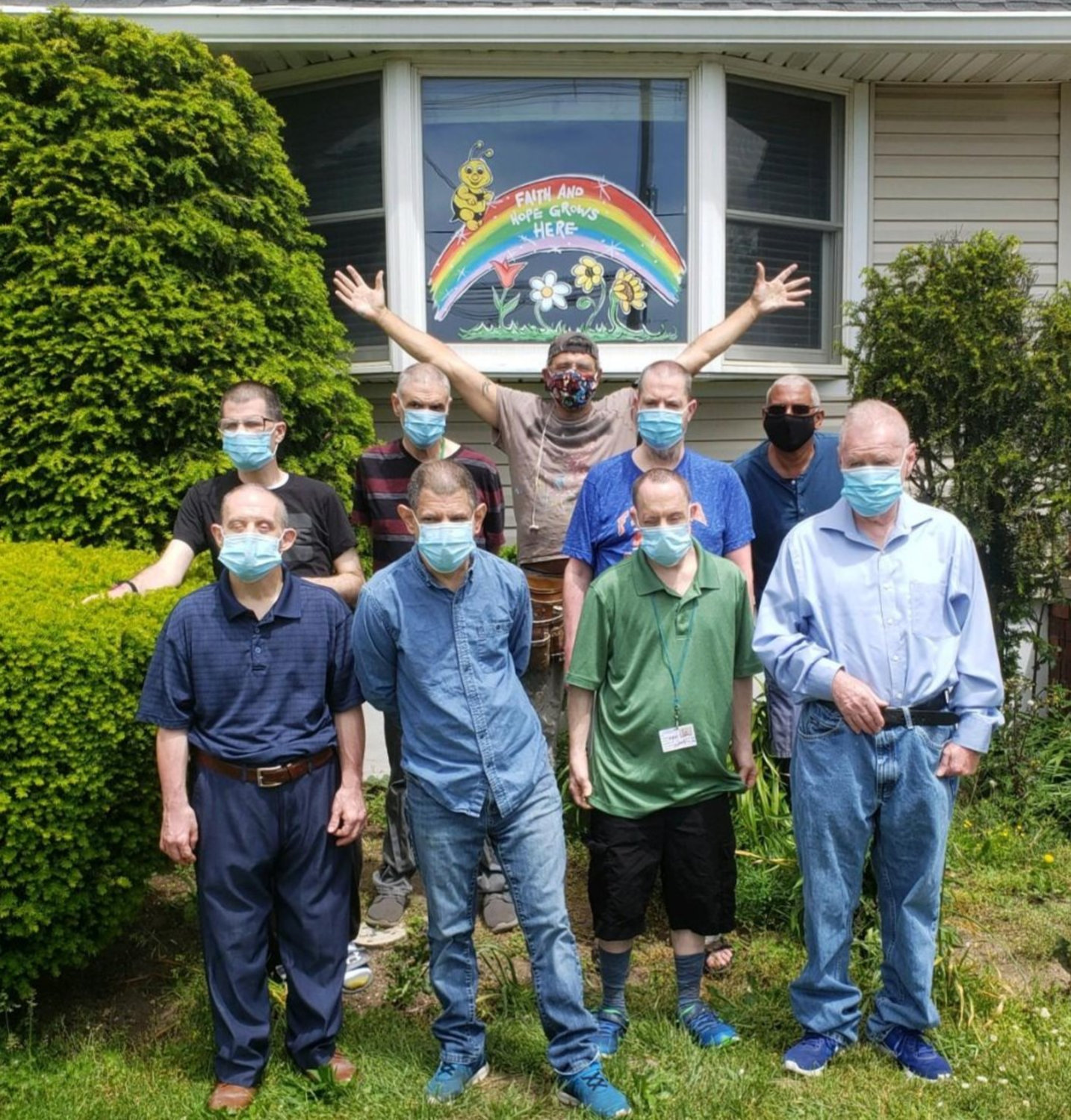 Across Nassau County are homes run by the disability care and support agency AHRC Nassau, which is based in Brookville. It allows people with intellectual and developmental disabilities to lead independent and happy lives.

“My sister Eileen is a resident at one of AHRC’s group homes,” said Jane Erb, who also serves as a program coordinator for AHRC’s sister agency. Eileen had been living with Erb before she moved into her new home in the North Shore 16 years ago. “My sister likes to be as independent as possible. [The staff] help her with whatever is going on in her life, they help her prepare meals, drive her to medical appointments, spend time with her and interact with her. They become almost like family when family or myself can’t be around.”

But for over the past decade, providing this quality of life has become more complicated because the New York state continually cuts funding for agencies like AHRC Nassau.

“We operate group homes, day habilitation programs, respite services. You name it, basically we provide it,” Stanfort Perry, AHRC Nassau’s executive director said. “There have been significant budget cuts over the last several years to the field of developmental disabilities and at a time when costs from Covid are soaring, we are experiencing the inabilities to serve people due to a budget that proposes to cut funding on top of what we already actually endure.”

Perry said that AHRC Nassau, which for 70 years has been the largest provider of services for people with developmental and intellectual disabilities on Long Island, had spent over $2 million on Covid-19 related expenses and was not reimbursed by the state.

“The field of developmental disabilities has not received a [cost of living adjustment] increase for over a decade,” Perry said. “As a result, while prices and the cost of doing business continues to increase, we are perpetually finding ourselves in a situation where our expenses are not keeping up with our revenue.”

Earlier this month, disability service and support agency Care Design NY, which also serves Long Island, released a letter stating that as the state prepares its next budget, the Office for People with Developmental Disabilities submitted an administrative budget action that cuts 23 percent in funding for care coordination organization and health homes for people with intellectual or developmental disabilities. This comes right after agencies took an additional 16.2 percent cut that went into effect on July 1, 2020.

The financial impact of budget cuts, along with no Cost of Living Adjustments for over a decade has hampered AHRC’s ability to hire and retain competent staff, especially direct support specialists, Perry said.

“These direct support professionals are a lifeline to people with disabilities and their families,” he said. “They need and deserve much higher wages for the work they do and we simply do not have the funding from the government to keep up with competitors like fast food restaurants and grocery stores or retail establishments. Those are the entities we are competing with.”

Erb said that people who live in group homes like her sister become attached to these direct support professionals.

“She is a fun person,” Erb said of her sister. “She was able to continue doing things she likes to do because of the group home.”

Erb’s sister has her friends there and a staff that supports her. “It’s wonderful to know that if something were to happen to me at any point, she’s happy, she’s content and well taken care of,” Erb said. “I want to make sure that continues.”

Saundra Gumerove, whose daughter Lauren lives in an AHRC residence in the North Shore, described her daughter as one of the happiest people she knows. Gumerove also serves as an AHRC Nassau board member and a lawyer for people with disabilities and their families. “This is my life,” she said. “Lauren’s group home is wonderful and her staff is wonderful. But if you are a person who lives in a group home and you don’t have staff in the house to take you out into the community, you’re invisible. If you can’t be seen, you’re creating mini institutions.”

Having enough staff is key to ensuring that people who live in group homes can participate in society.

AHRC Nassau has responded by engaging in activism through letter writing, holding meeting with state lawmakers and protesting in Albany.