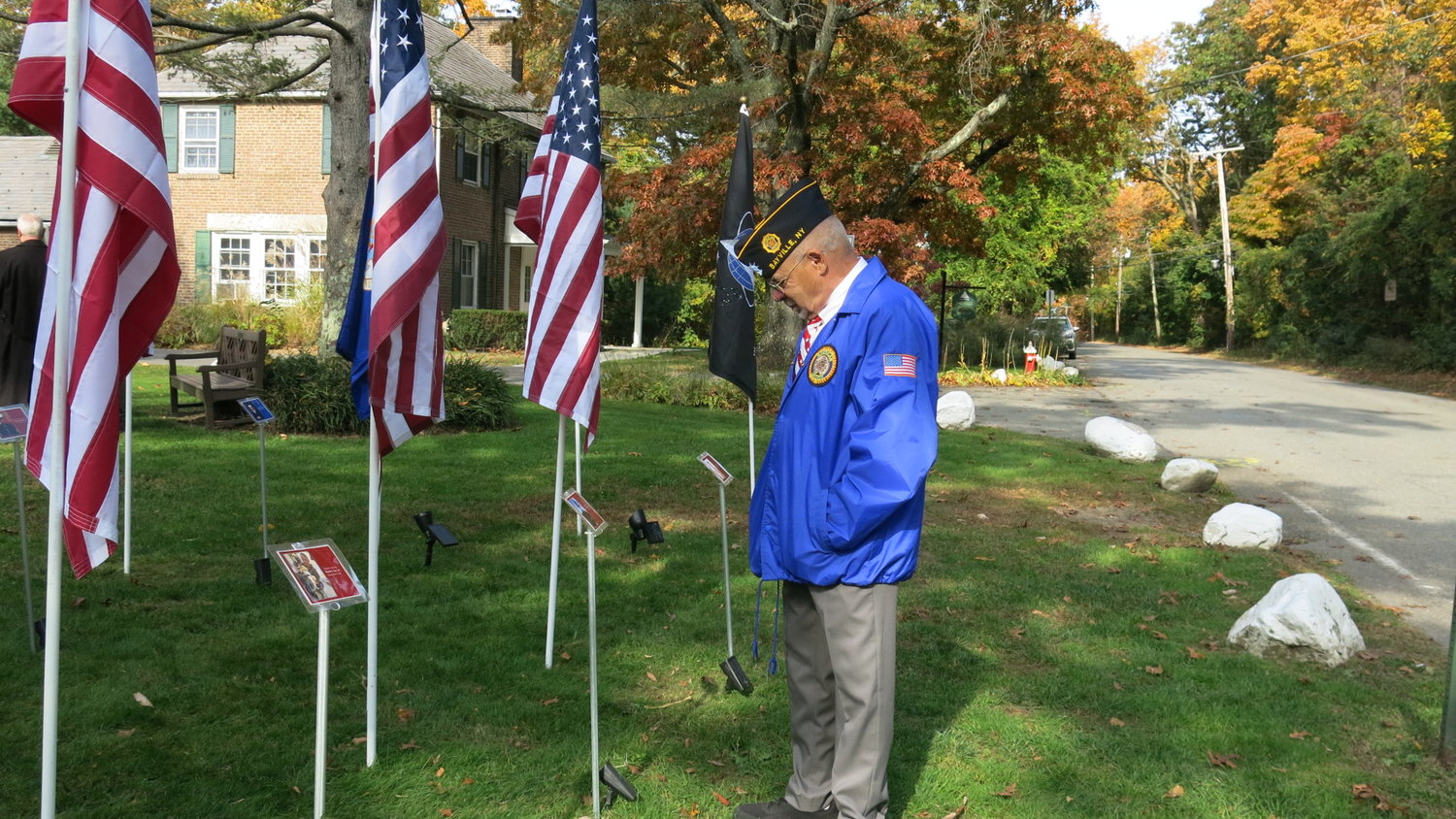 Marine veteran Tony Congero, of Bayville, said he found it sobering to look over the names and photos of the 13
Laura Lane/Herald 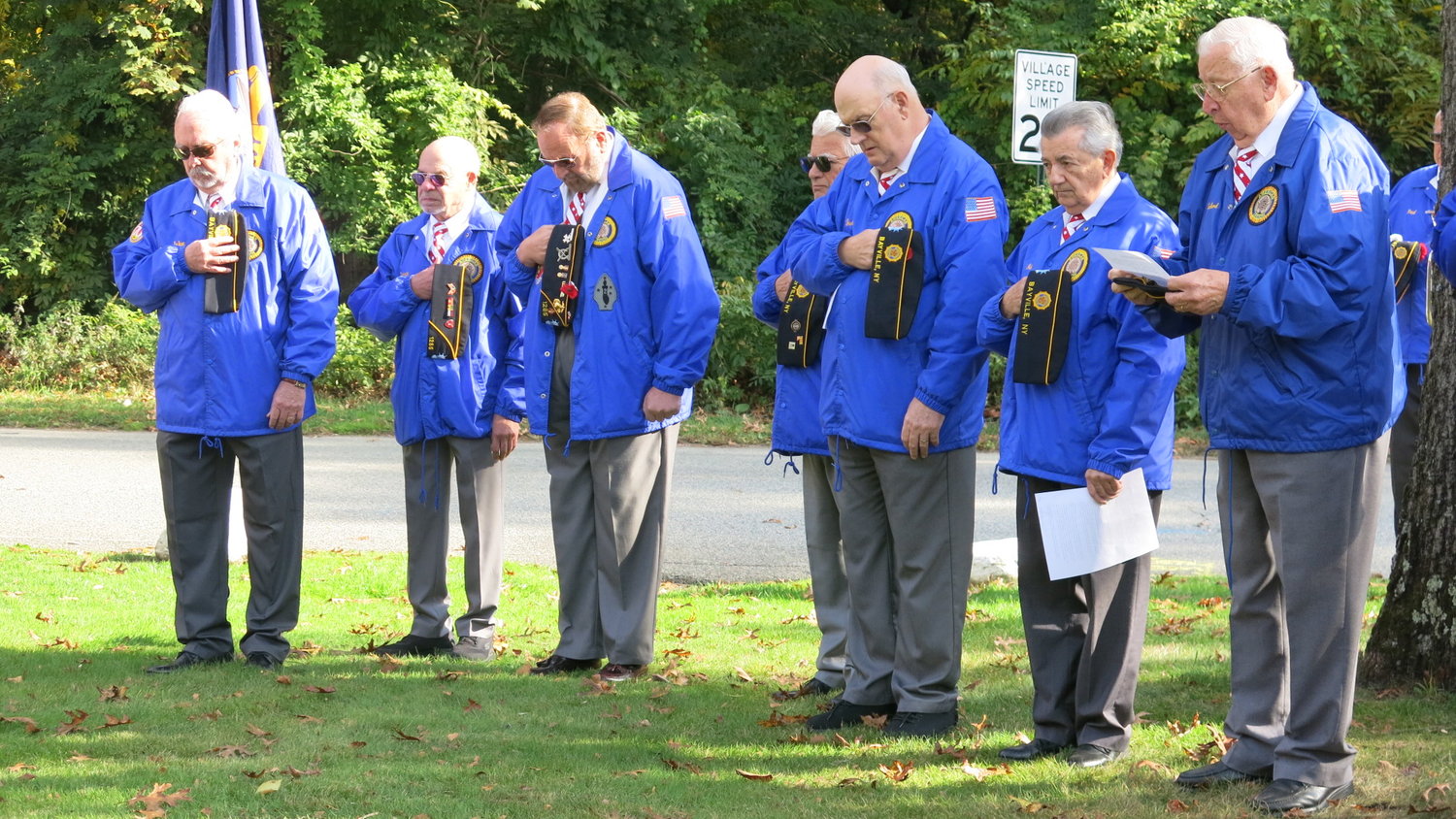 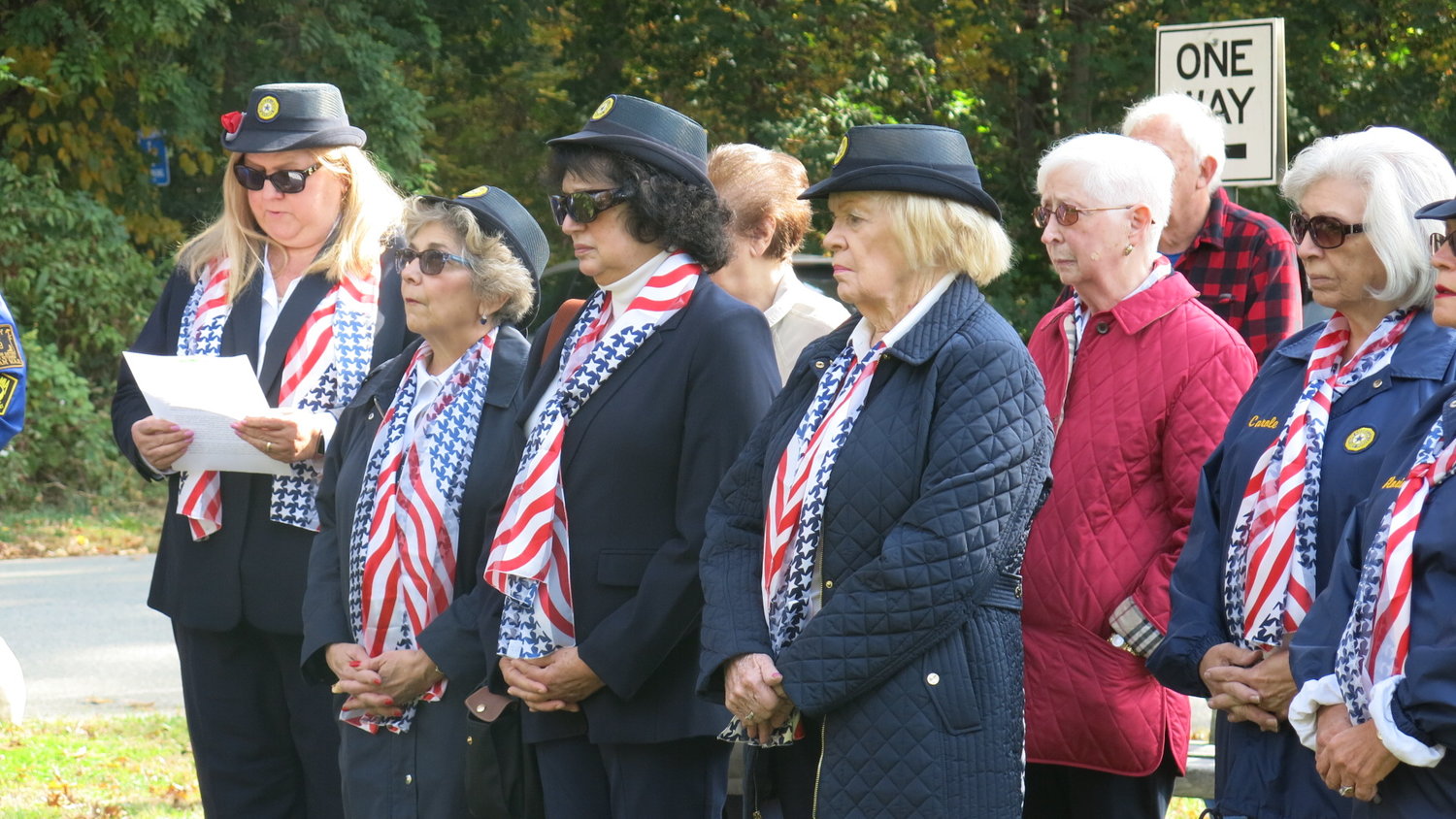 The Ladies Auxiliary took part in the ceremony in front of Village Hall.
Previous Next
By Laura Lane

At the 11th hour on the 11th day of the 11th month in 1918, the Great War — World War I —  ended. Veterans Day commemorates that day across the United States. Each year, members of the Bayville Robert H. Spittel Post 1285 American Legion hold a ceremony outside Village Hall. Traditionally, there is a short observance  to remember and honor living and dead service members, but this year the post decided to do something different.

In August, shortly after 13 U.S. service members were killed in Afghanistan, the post had a meeting and decided to honor those who died that day on Veterans Day.

The 11 Marines, a Navy hospital corpsman and an Army staff sergeant were helping Afghans trying to flee Taliban rule at a Kabul airport gate on Aug. 28 when a suicide bomber detonated explosives, days before the deadline for a total U.S. withdrawal after a 20-year war. A majority of the dead Americans were in their early 20s.

“We wanted to recognize their bravery,” Bayville American Legion Commander Vincent Libertini said. “Many of them were just kids.”

The names and ages of those killed were read by legion members at the ceremony. Each year, post officers read excerpts from the National American Legion manual as well, which veterans use to conduct their ceremonies.

“Courage is one of the virtues born of war — the courage of individuals in the face of danger and the courage of nations  to protect the weak and punish the aggressor,” one officer, Jack McKie, read. “We can turn uncertainty into certainty   . . . reach new heights of civilization and opportunity for the men and women of this nation, if we have the courage to expect and work for a better way of life.”

Flags of every military service branch were placed on the lawn for the ceremony, as well as 13 American flags. Each had a plaque in front bearing the names of those  who died, as well as their photographs.

Tony Congero, who served in the Marines in Vietnam, lingered by each plaque. “It was terrible what happened to them, especially to those who were Marines,” he said. “It should have never happened.”

Days after the ceremony, Libertini said, “The ceremony said everything it had to say with the war coming to an end. Hopefully we can live in peace.”